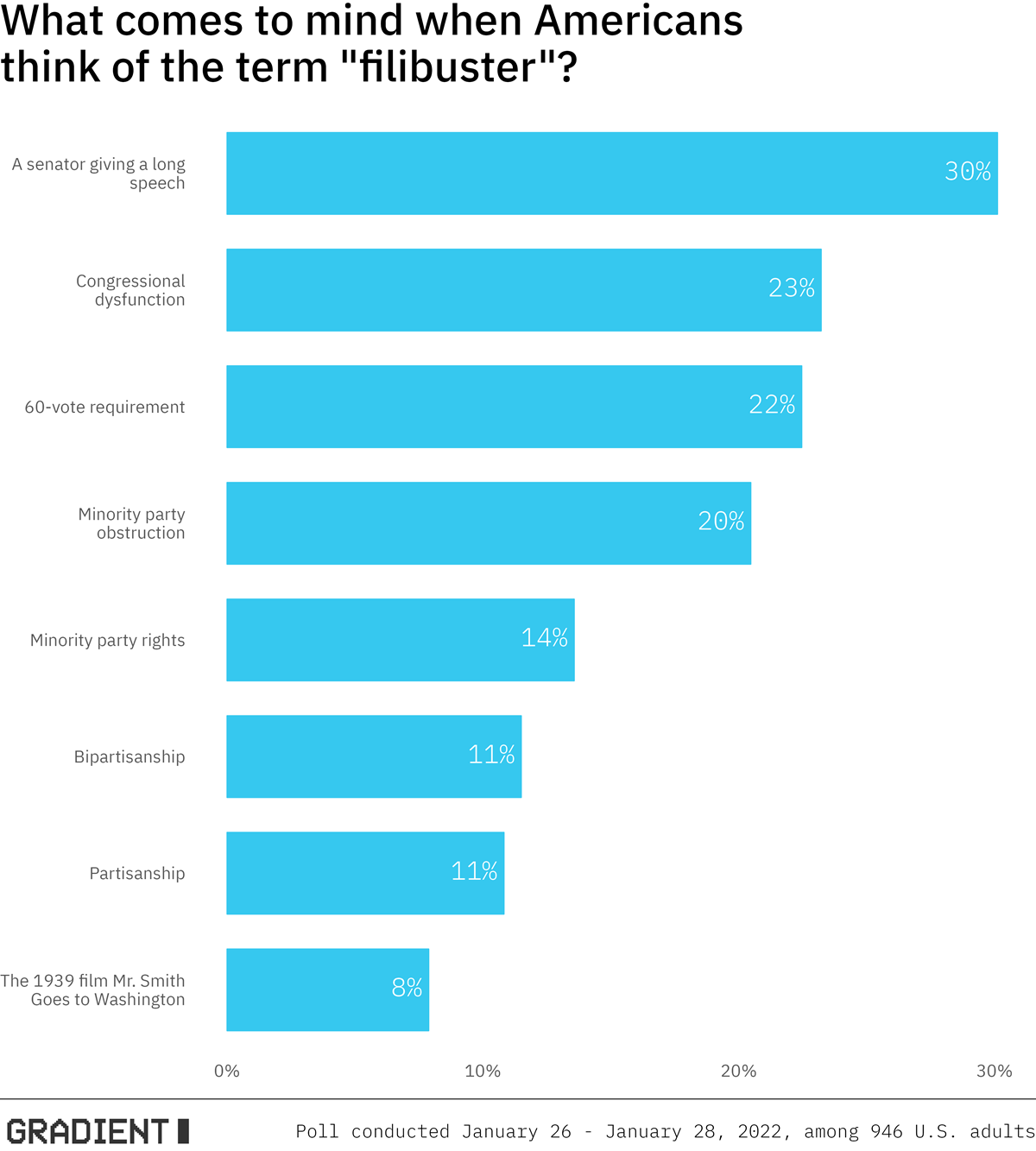 On January 19, a majority of senators voted to preserve the 60-vote requirement to overcome a filibuster. In theory, the filibuster is a procedure allowing any individual senator to block a bill by talking for as long as it would take Porky the Pig to record a War and Peace audiobook. In practice, the Senate takes the “this could have been an email” ethos to heart and, when the threat of the filibuster is there, 60 of 100 senators can cue the Oscars wrap-up music before the speech even starts.

Democrats Kyrsten Sinema and Joe Manchin sided with Senate Republicans against lowering the 60-vote get-out-of-filibuster-free-card to 51 votes. The vote effectively killed the most consequential voting rights legislation (the content of which Sinema and Manchin both support) since the Voting Rights Act of 1965. Both Democratic senators have stated that they voted to preserve the filibuster in the name of bipartisanship and minority party rights. Do Americans see the filibuster that way?

Bipartisanship is low on the list of things Americans associate with the filibuster, despite the senators’ best efforts to connect the two concepts. To be fair, a plurality of Americans (30%) associate the filibuster with a senator giving a long speech despite the fact that such speeches in the modern era are rarer than a Neil Young track on Spotify.

But what of the ultimate decision not to lower the 60-vote threshold? Sixty-five percent of Americans agree with the decision to keep the filibuster threshold as-is, including a majority (56%) of Democrats. Yet, the voting rights bill’s major provisions, which were blocked by a Republican filibuster, all have strong majority support, including: