Foosball Is the Devil 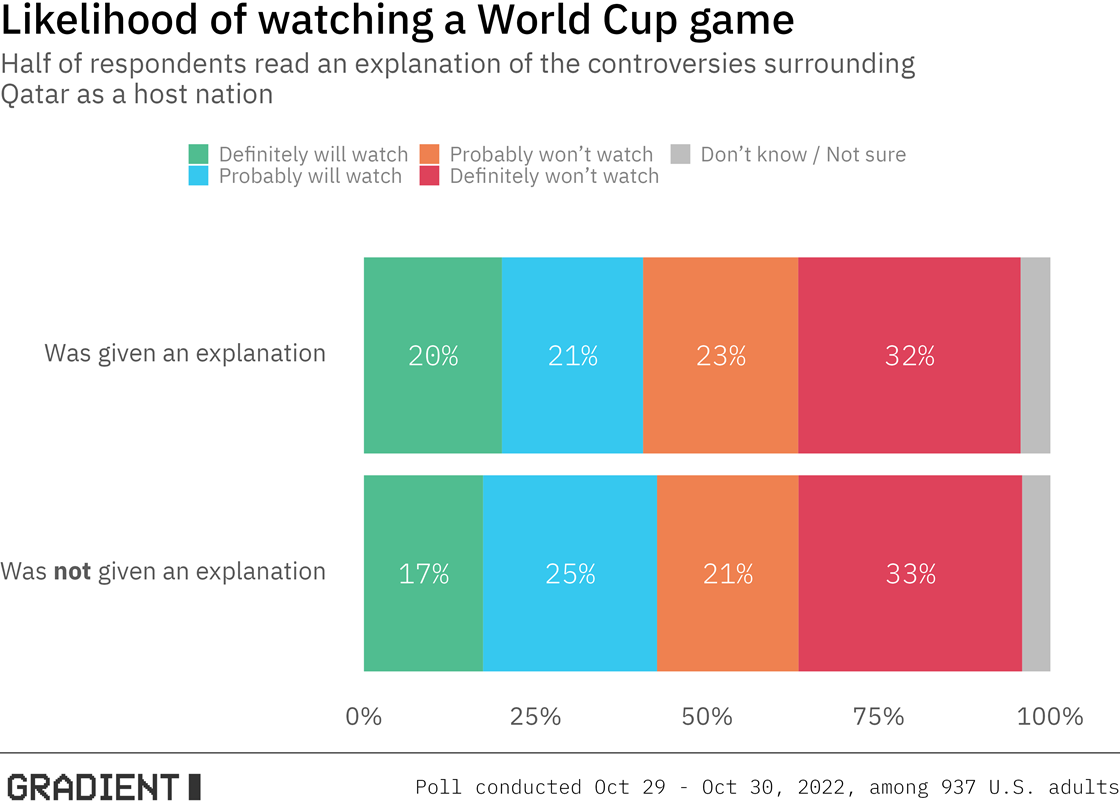 Peanut butter and jelly, thunder and lightning, Tom Brady and Bill Belichick Gisele football; some things just go together. So when you hear FIFA World Cup, you naturally think Qatar… right? In a surprise 2018 bid infamously embroiled in scandal, a country with the population of the St. Louis metro area (and devoid of a single suitable stadium) beat out the likes of Australia, Japan, South Korea, and the United States to become the host country for the world’s most popular sporting event.

In addition to the unconventional choice, the decision to host the World Cup in Qatar has been criticized for the country’s inhumane treatment of migrant workers (with a death toll exceeding 6,500) and criminalization of LGBTQ populations. How does that factor into Americans’ plans to watch the World Cup? We designed a simple experiment to find out.

We showed half the sample a brief explanation of the controversies surrounding Qatar as a host nation. But perhaps because Americans are already grappling with the loss of civil liberties at home, or perhaps because only awarding one point for a score instead of six is already controversial enough, confronting sports viewers with the inconvenient truth didn’t do much to change their viewing plans. Regardless of what Americans know about Qatar, more than half of sports viewers don’t expect they’ll watch any World Cup matches, including roughly one-in-three who definitely won’t watch.

In true American fashion, only half of likely viewers are supporting the stars and stripes (49%), followed by a sizable contingent of supporters for the Brazil (10%), Argentina (8%), England (5%), and Mexico (5%) national teams. As if history and probability are irrelevant (also a very American mindset), 20% of Americans who plan on watching the World Cup believe that the USA will lift the trophy, while a much more realistic 23% of respondents predict Brazil will finish on top. Surely, fans of most participating nations will be let down—🍻here’s to commiserating over a drink… unless you’re in Doha. 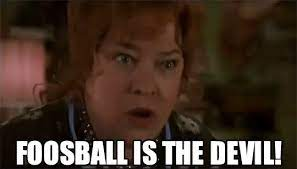