politics Gradient In The Wild COVID 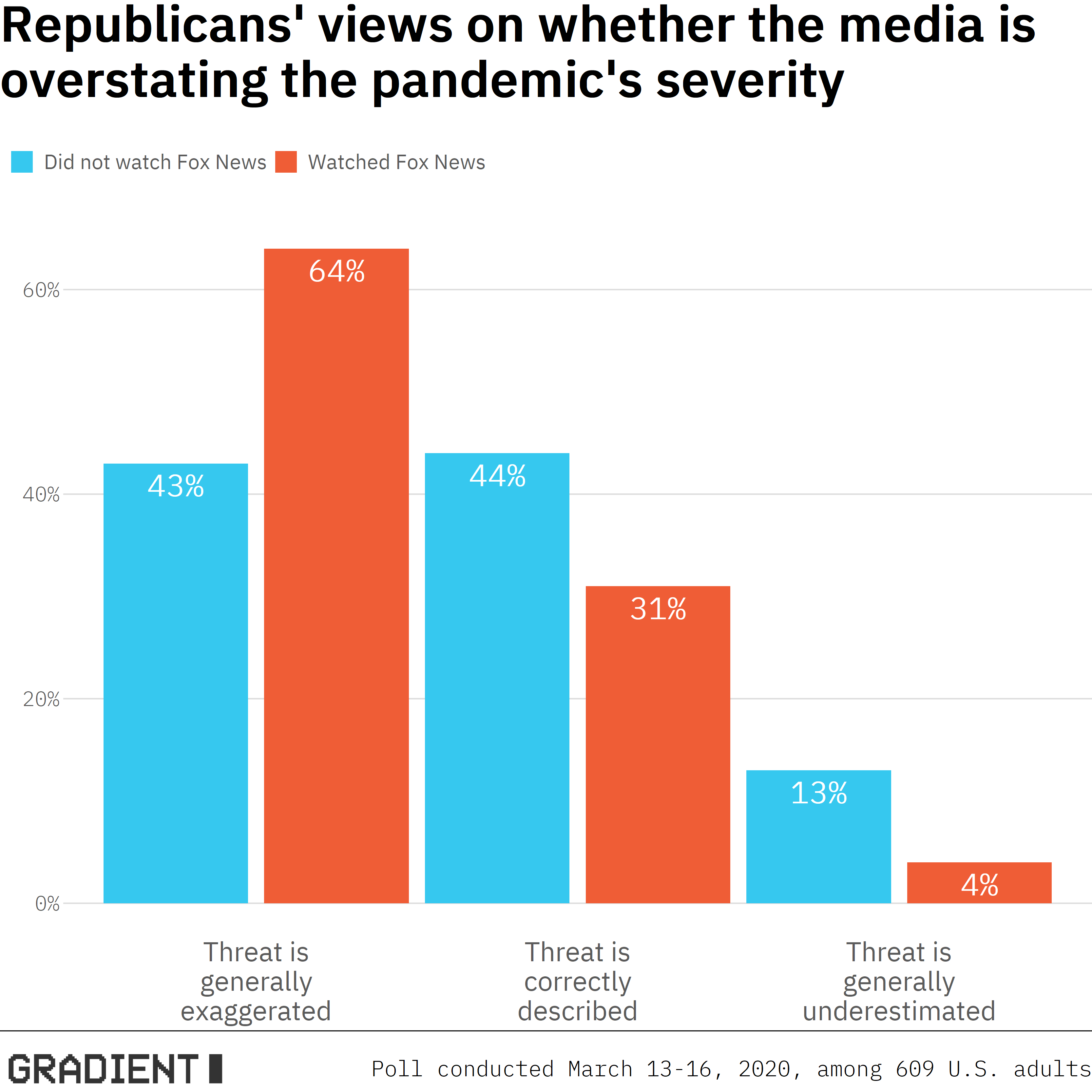 In the previous edition we featured a story on partisan differences in the perceived severity of the COVID-19 outbreak. Using the same dataset, we find that the division is not just between Republicans and Democrats, but between Republicans who watch Fox News and those who don’t.

Fox News-viewing Republicans are also less likely to report that they are staying home because of the outbreak. 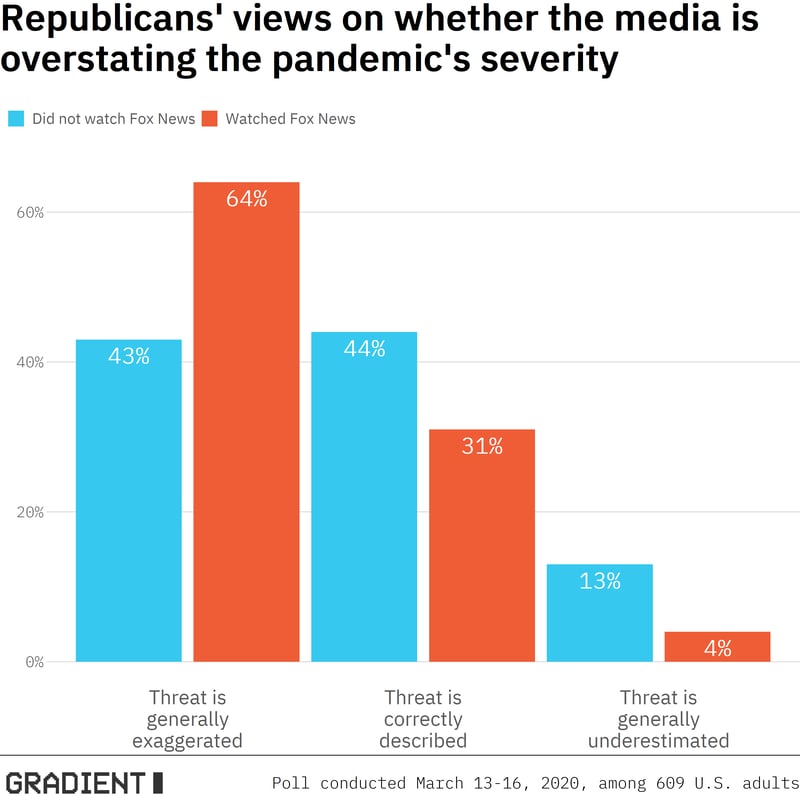 Vox and Vanity Fair published the findings alongside reporting showing that some Fox News hosts understated the severity of the outbreak right as the country began to grapple with the consequences.

While we aren’t able to make any causal claims, this correlation appears unique to Fox News. Republicans who watch MSNBC, for example, are less likely to say the media is exaggerating.

Want to see the data? Curious about the methodology? Reach out here.