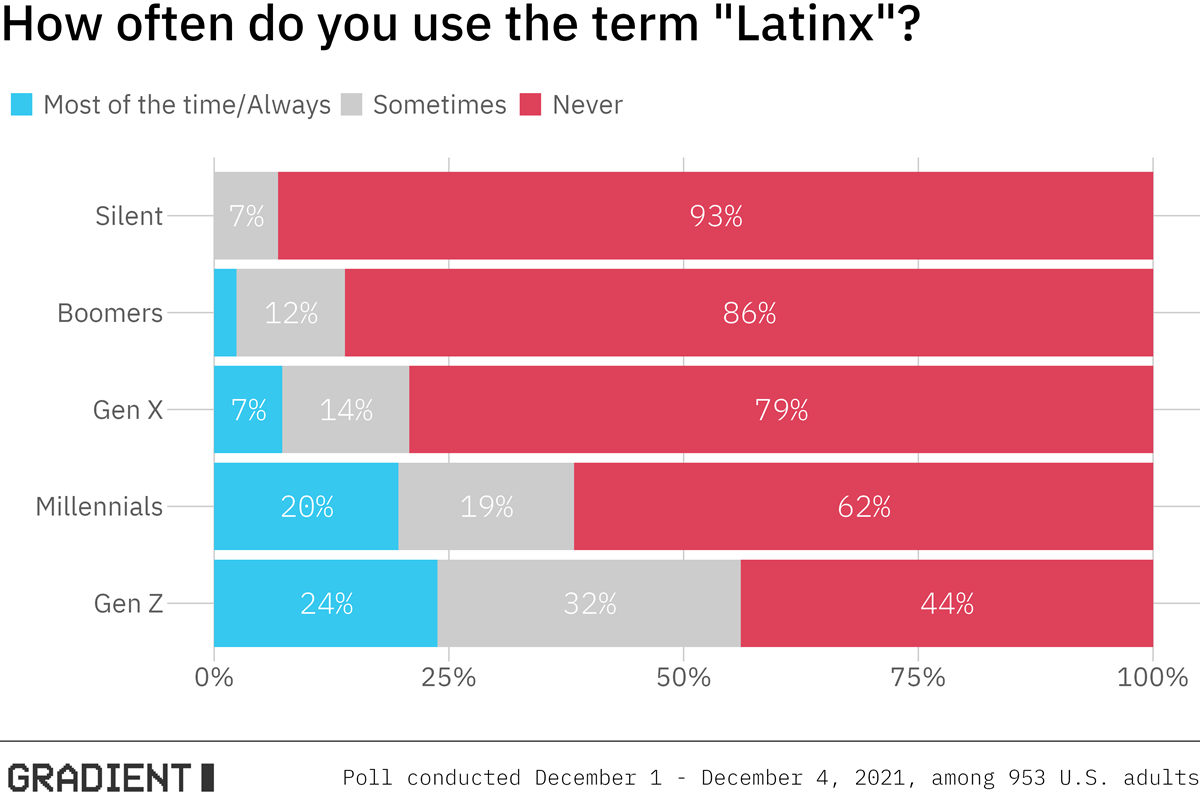 Language is often the venue for societal changes. Take for example the rise of feminism and the transformation of gendered job titles (e.g., stewardess → flight attendant; policeman → police officer). Today, the increased recognition of the transgender community is putting gendered language under our collective cultural microscope again. Despite wider adoption these days, more than half of Americans feel anxiety about using the wrong gender pronoun to describe someone else.

That becomes especially thorny for a gendered language like Spanish, where the term “Latinx” is gaining popularity as an alternative to the gendered Latino/a. Are Americans who use terminology designed to be gender-inclusive the equivalent of early adopters pulling an all-nighter in front of the Apple store, or are terms like “Latinx” more widespread?

When describing someone of Latin American origin or descent, 75% of Americans never use the term Latinx. Gen Z is most likely to use the X, with 56% doing so at least some of the time. So with generational replacement, we can expect more use of "Latinx" and more Blink-182 showing up on classic rock radio stations.

Among different race/ethnicity categories, Americans of Latino/a/x (how’s that for a cop-out?) origin are the most likely to use Latinx, with just over half (51%) using it at least some of the time. For Americans who think changing language is all song and dance, maybe it’s best to let those who identify with the culture take the lead.

Perhaps instead of quibbling over which letters to add to words, and when, we can string together full sentences to ask individuals what they prefer to be called (or join the 20% of Americans who include their preferred pronouns in their email signature).