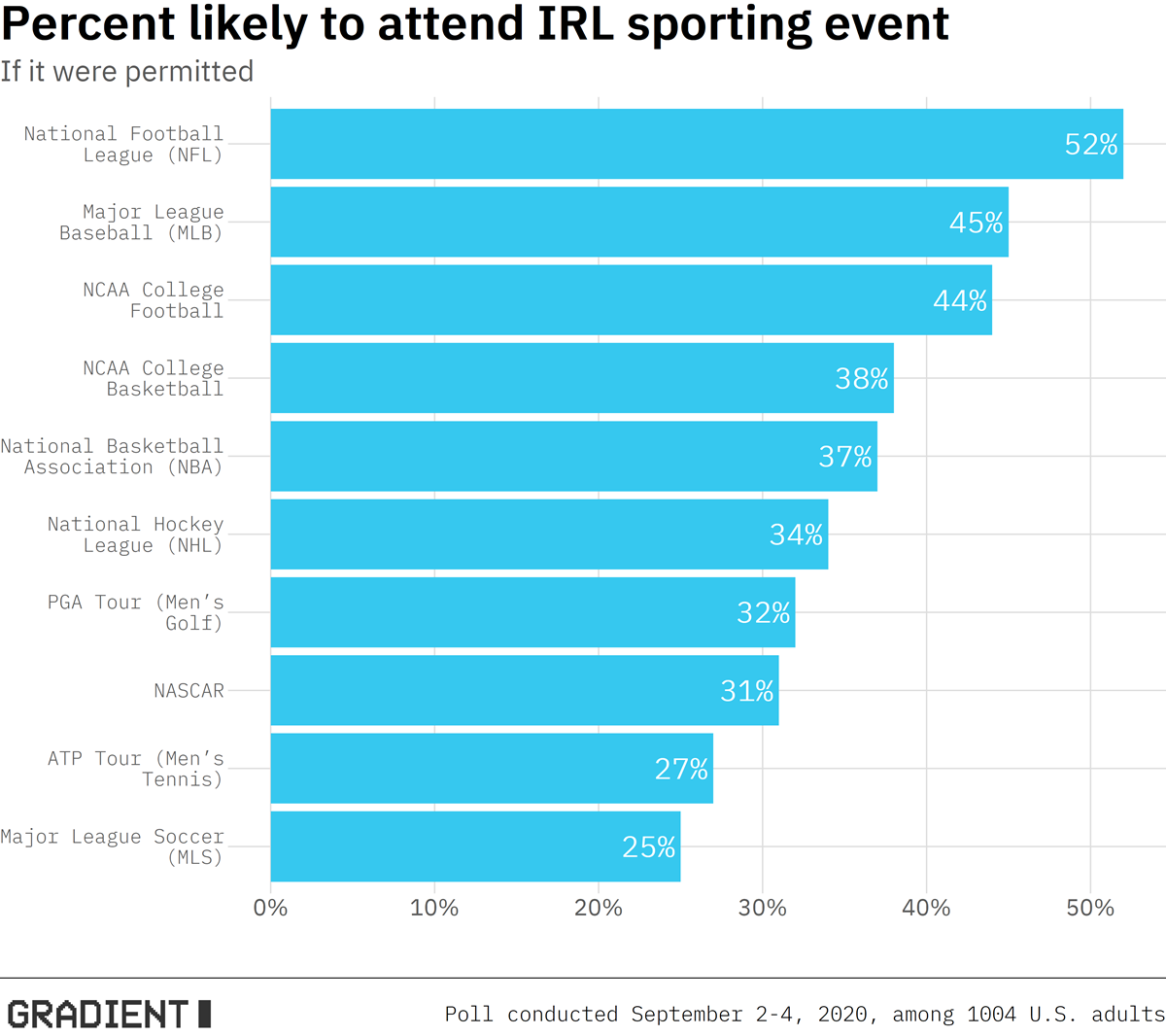 Remember when professional sports were a distraction from the trials of the day? Now, courts, fields, and ice rinks are as much a political and cultural battleground as Ohio, Florida, and Pennsylvania. As pro sports leagues resume competition, fans are as torn as an ACL in their perceptions of the 2020 season.

NFL fans are fine-tuning their fantasy lineups in eager anticipation of the 2020 season’s opening kick-off. And even though they’re forced to leave their foam fingers and tailgate accouterments in storage, 93% plan to tune into the upcoming season.

However, the cultural revelations of 2020 have split NFL fans on opposite sidelines: half are less likely to watch games when athletes make political statements about racial justice, kneel during the national anthem, or sit out games in support of Black Lives Matter. Forty percent of NFL fans question the sincerity of players’ motivations, attributing the theatrics to improving their public image.

The decision is much less extreme for NBA fans as 70% are more likely to watch games when players stand up (or kneel) in support of racial justice issues. This could also explain why 84% of NBA fans approve of the league’s reopening protocols and 81% think the health of players and their families should be the foremost consideration.

Despite all the penalty flags, 52% of Amiercans would attend an NFL game in-person — should conditions allow. Which leads to one very important question: how does the kiss cam still work if everyone is wearing a mask?