Ghosting is a Real Problem 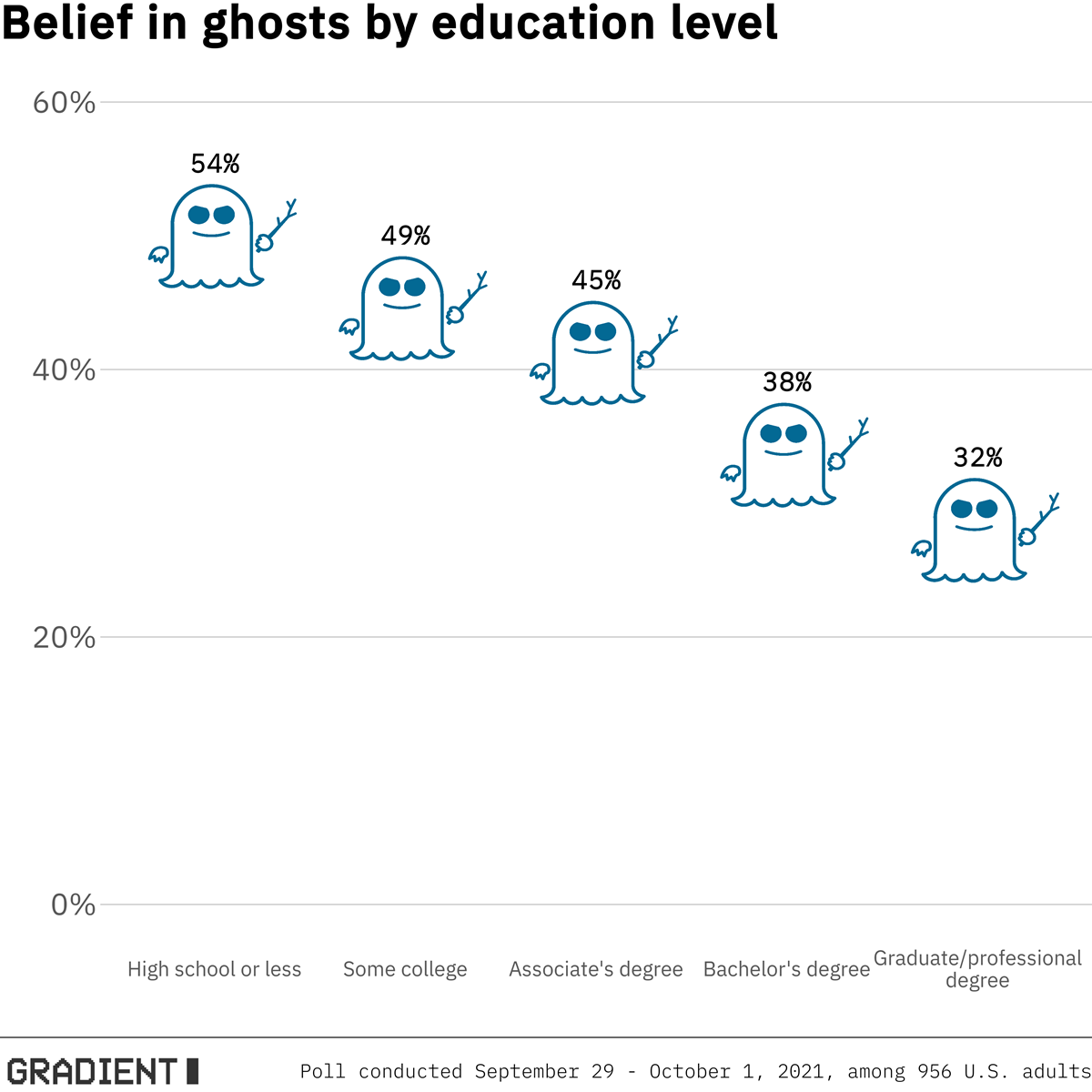 We’ve officially entered the most magical time of the year when it becomes socially acceptable to watch terrible horror films. But how many Americans are actually seeing dead people?

Forty-five percent of Americans believe in ghosts, but those with lower educational attainment are significantly more likely to believe. This can only mean that Bill Gates is microchipping graduation caps to push anti-ghost propaganda. Of those who believe in ghosts, a whopping 67% have personally encountered what they believe to be a ghost. So it's not so much seeing is believing as it is believing is seeing.

Beyond the ghost believers, 53% of Americans believe that a place can be “haunted.” An eclectic 18% don’t believe in ghosts but do believe in haunting, which can only mean that, like Shaggy, some people just get “bad feelings” about places. Unclear whether that 18% are also a bunch of meddling kids.

Ghosts aren’t the only creatures that have some Americans shaking in their boots, though belief in their existence is the most ubiquitous. Sixteen percent believe that werewolves exist or once existed, 21% believe the same about vampires, and another 14% are worried about a zombie apocalypse. If March 2020 was any indication, those 14% likely accumulated at least 98% of the toilet paper.