I Want to Believe 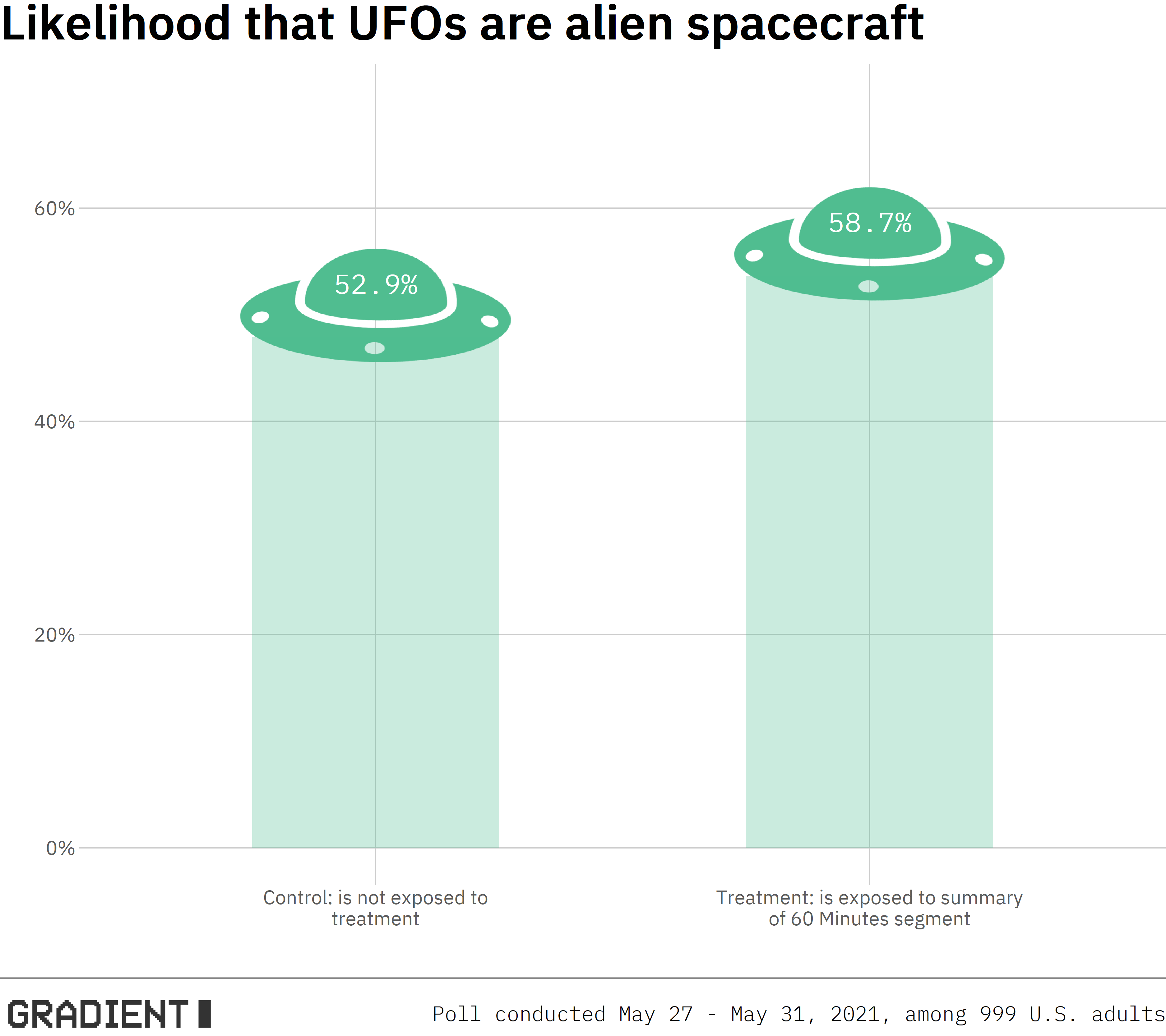 2021 is the year of acronyms: SPAC. NFT. And joining the ranks is another acronym classic —  UFOs (aka, UAPs) —  which are making their once-a-decade appearance in the news cycle. CBS’s 60 Minutes recently aired a segment in which multiple former Navy pilots described encountering mysterious flying objects hovering in restricted airspace, maneuvering at high speeds, and evading radar.

The Pentagon has admitted to not being able to describe some of these encounters, and is set to deliver a report on UFOs to Congress this month. (There must be more important things Congress could be doing, right? Like...addressing inflation fears, for example?)

We ran an experiment in which we randomly assigned half of respondents to read a summary of the 60 Minutes segment. Then we asked about the likelihood that UFOs are actually alien spacecraft. You know, for science. 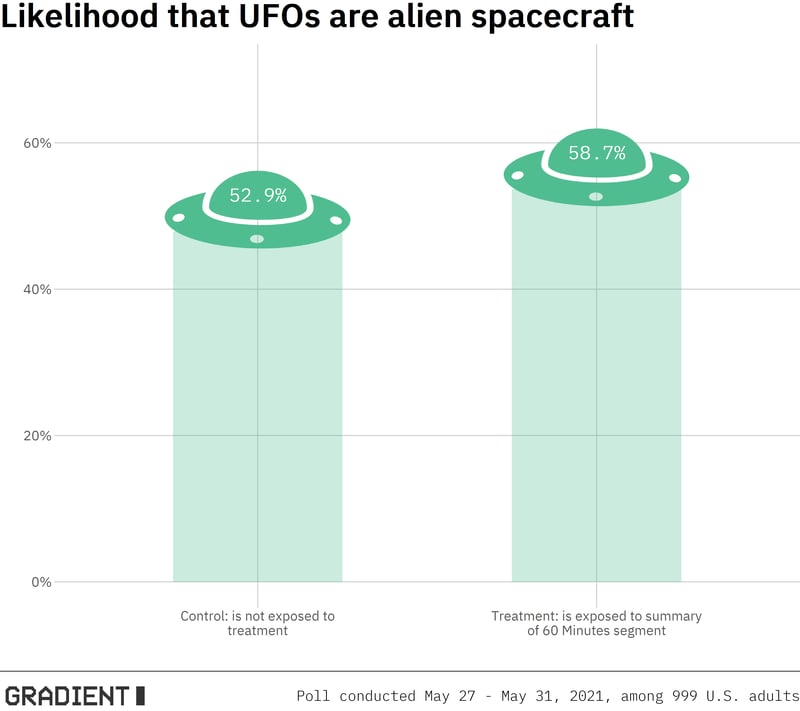 The prevailing feeling on UFOs among 56% of Americans: 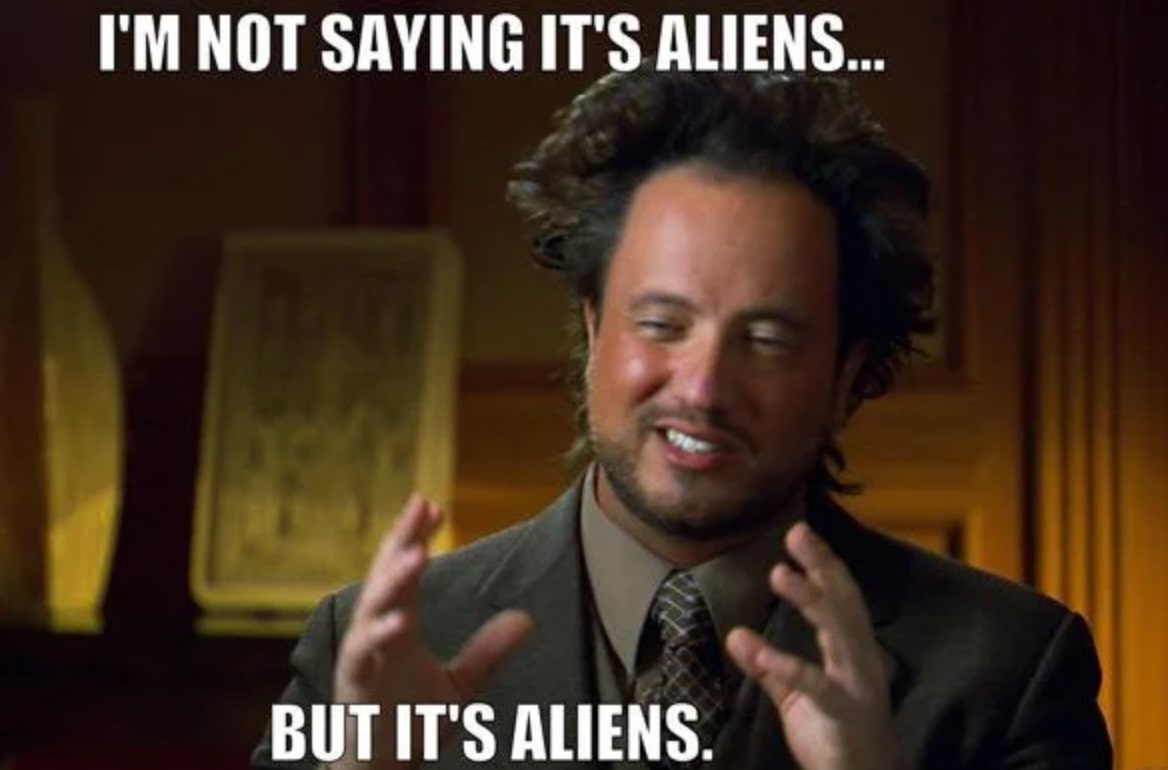 And it appears that news coverage like the 60 Minutes segment could play a role in legitimizing UFOs in public opinion: those who were exposed to the summary of the segment were significantly more likely (59%) to believe that UFOs are alien spacecraft than those who weren’t (53%). Well done, CBS.

Ok, so Americans kinda sorta think Earth has recently had some...visitors. But we had to be sure: do Americans believe there is life on other planets beyond our little corner of the universe? And are they capable of traveling to Earth? (And do we need to re-train Will Smith for a real-life reboot of Independence Day?) We’re just full of questions. 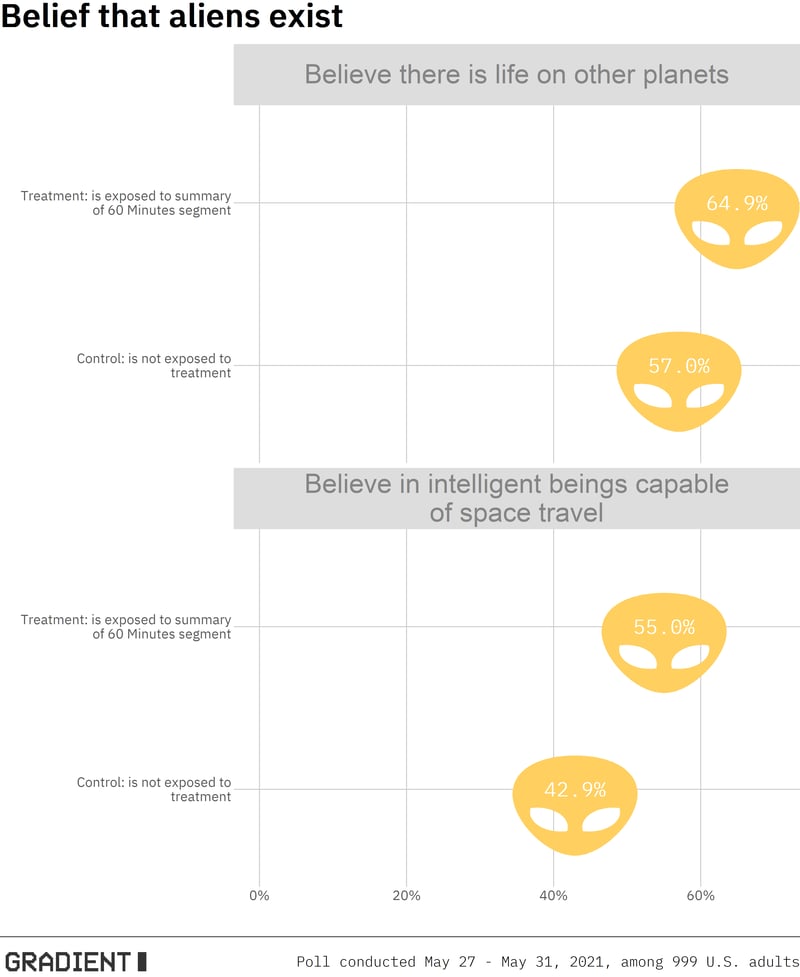 While it is highly unlikely that the Pentagon will announce this month that we are not alone in the universe, most Americans apparently wouldn’t be surprised by the news. Sixty-five percent of those who were exposed to the 60 Minutes segment say that they think aliens exist, compared to 57% of those in the control group.

And these aren’t just any aliens; 49% of Americans think that there are intelligent beings capable of space travel living on other planets in the universe. NBD.

Whether the Andromeda Galaxy’s version of Elon Musk has already paid Earth a visit remains to be seen.