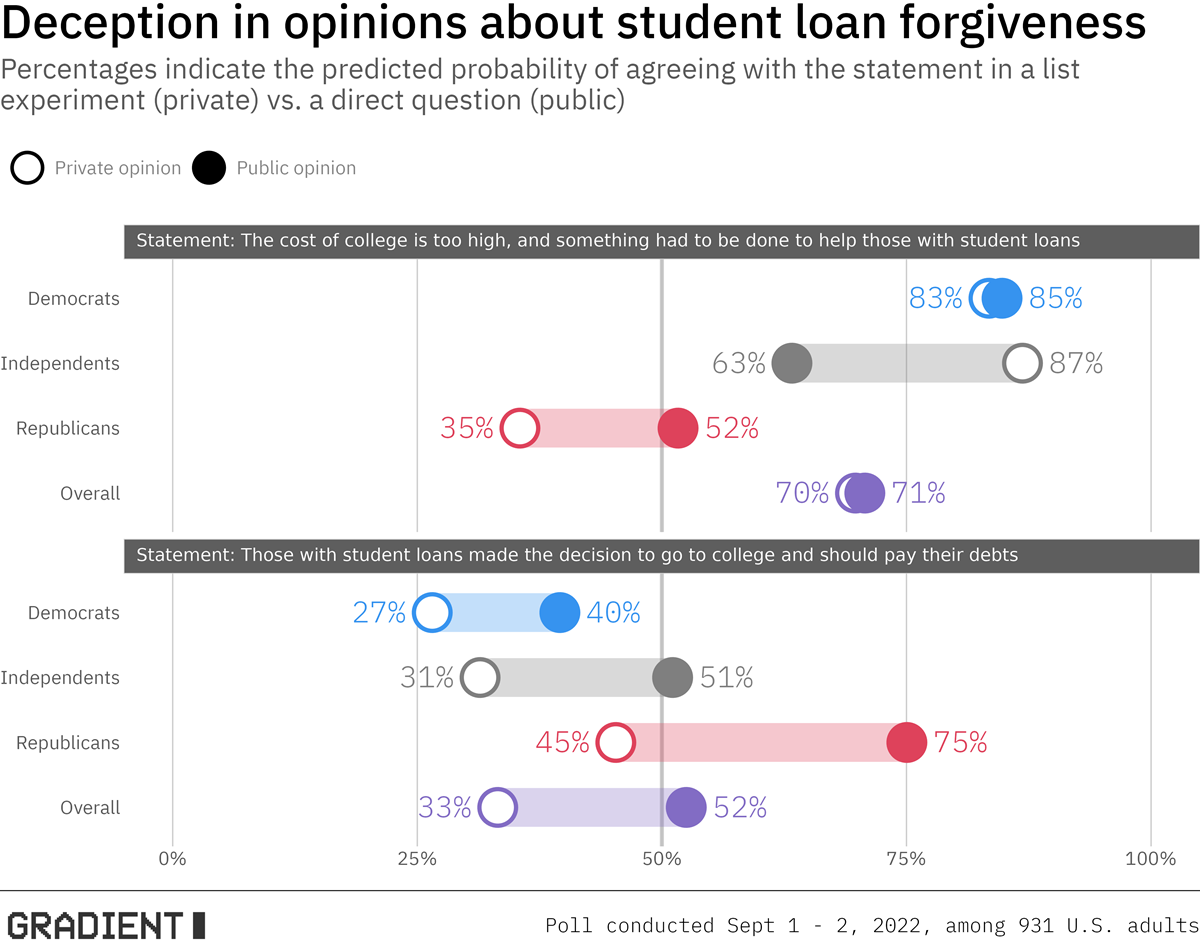 Last month, President Biden announced up to $10,000 in student loan forgiveness for individual borrowers. In a previous edition, we took stock of Americans’ student debt burden and support for debt forgiveness in anticipation of this announcement. Unlike the U.S. government’s response to the pandemic, we were prepared.

This time around, we’re asking a different question: Is it fair? Did something need to be done about student loans? Or are borrowers simply irresponsible and need to own up to their reckless decision to try to achieve the American dream of success and happiness?

While many people would freely reveal their true thoughts on these questions, others would lie more than Jim Carrey before he was cursed into honesty by a birthday wish in his 1997 cinematic masterpiece. We used two list experiments to reveal where decit may be lurking. The “trick” of a list experiment is, rather than ask directly whether someone agrees with a sensitive statement, the sensitive statement is embedded into a list and respondents select how many total statements they agree with.

Publicly, a majority (52%) of Republicans say something had to be done to help those with student loans. But privately, just over a third (35%) agree. The opposite is true of independents, who are much more likely (87% vs. 63%) to agree with the statement privately. Guess they are not independent of public opinion.

On the flip side, everyone seems to be more apt to say publicly that those with student loan debt should own up to their decision to go to college. But upon ingesting the list experiment truth serum, Americans across parties are inclined to be lenient toward borrowers.

That sound you’re hearing is the curmudgeons of the world mansplaining in unison: “Back in my day, ten grand bought you a 14-bedroom compound on the Upper East Side.”