Impeach Me Once, Shame on You. Impeach Me Twice... 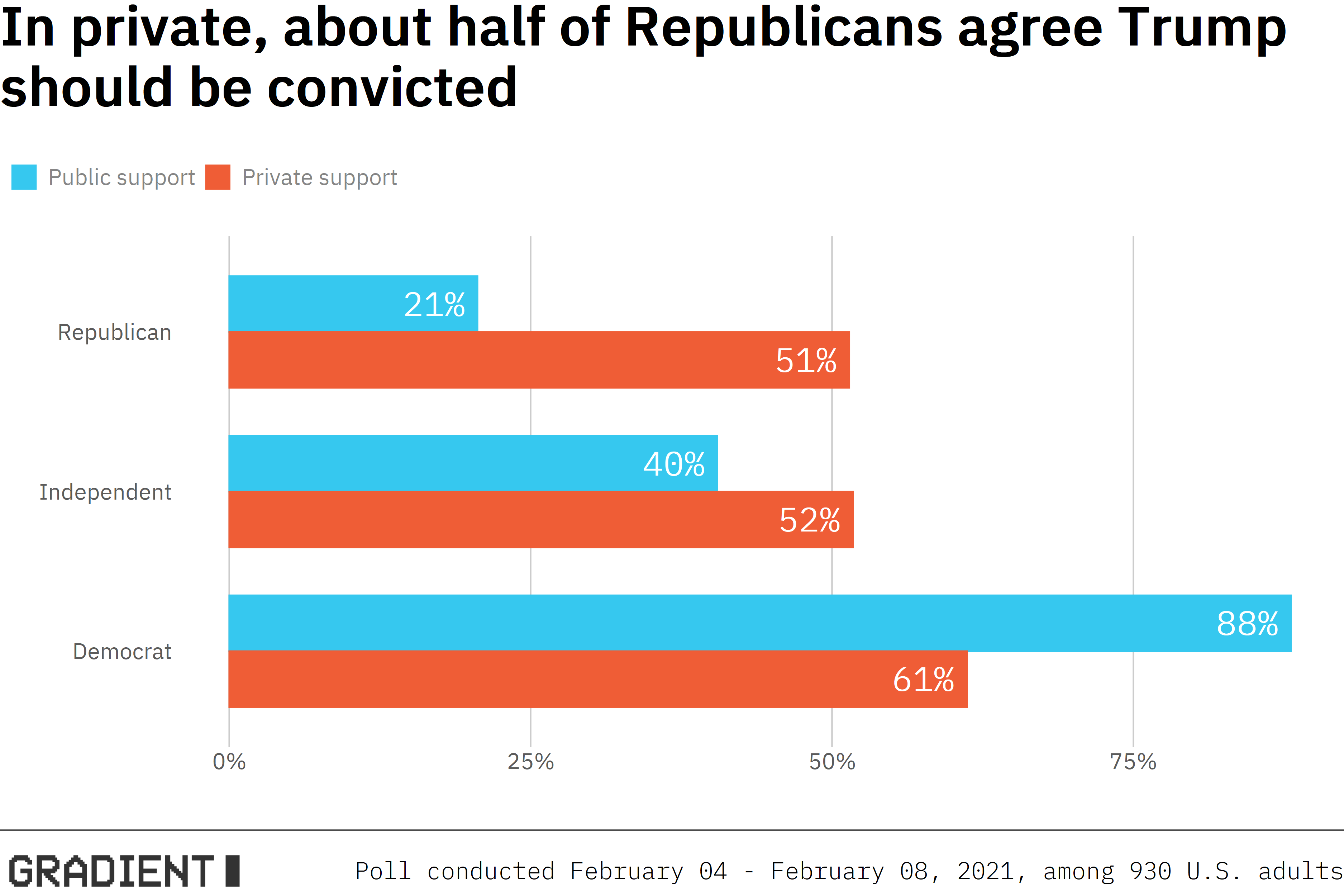 For the second time in roughly a year, former President Donald Trump has been impeached, which means, for those of you counting at home, he’s been impeached twice as many times as he’s been infected with COVID-19.

Unlike the game of telephone that was the first impeachment, we all witnessed the events leading up to and culminating in January 6th. When asked if Trump should be convicted for inciting an insurrection, a majority (56%) vote yea, 34% vote nay, and 10% vote 🤷.

Rather predictably, the roll call vote contours to party lines – 88% of Democrats publicly vote to convict Trump, but only 21% of Republicans and 40% of Independents would.

But we got to wondering…what would happen if we let Americans cast a secret ballot? To uncover private opinions of Trump’s innocence or guilt, we used an indirect form of questioning called a List Experiment that guarantees privacy by masking individuals’ responses through statistical noise.

Even when privacy is guaranteed, only 55% of Americans say they agree Trump should be convicted. No huge surprise there. Well, you will be surprised by what comes next. Using fancy statistics (not even your TI-83+ can handle), we estimate support for conviction among different subgroups.

Public support for conviction breaks according to party lines, but private questioning reveals striking intra-party fractures. Even though 88% of Democrats feverishly condemn Trump publicly, a much more subdued 61% would do so privately. Republicans are much more willing to voice (read: whisper) their reservations about Trump’s innocence in a sound-proof confessional booth. When privacy is guaranteed, slightly more than half of Republicans (51%) agree Trump should be convicted – more than double the percentage who publicly censure him (21%).

It is interesting that the party most concerned with freedom of speech seems to be holding back...