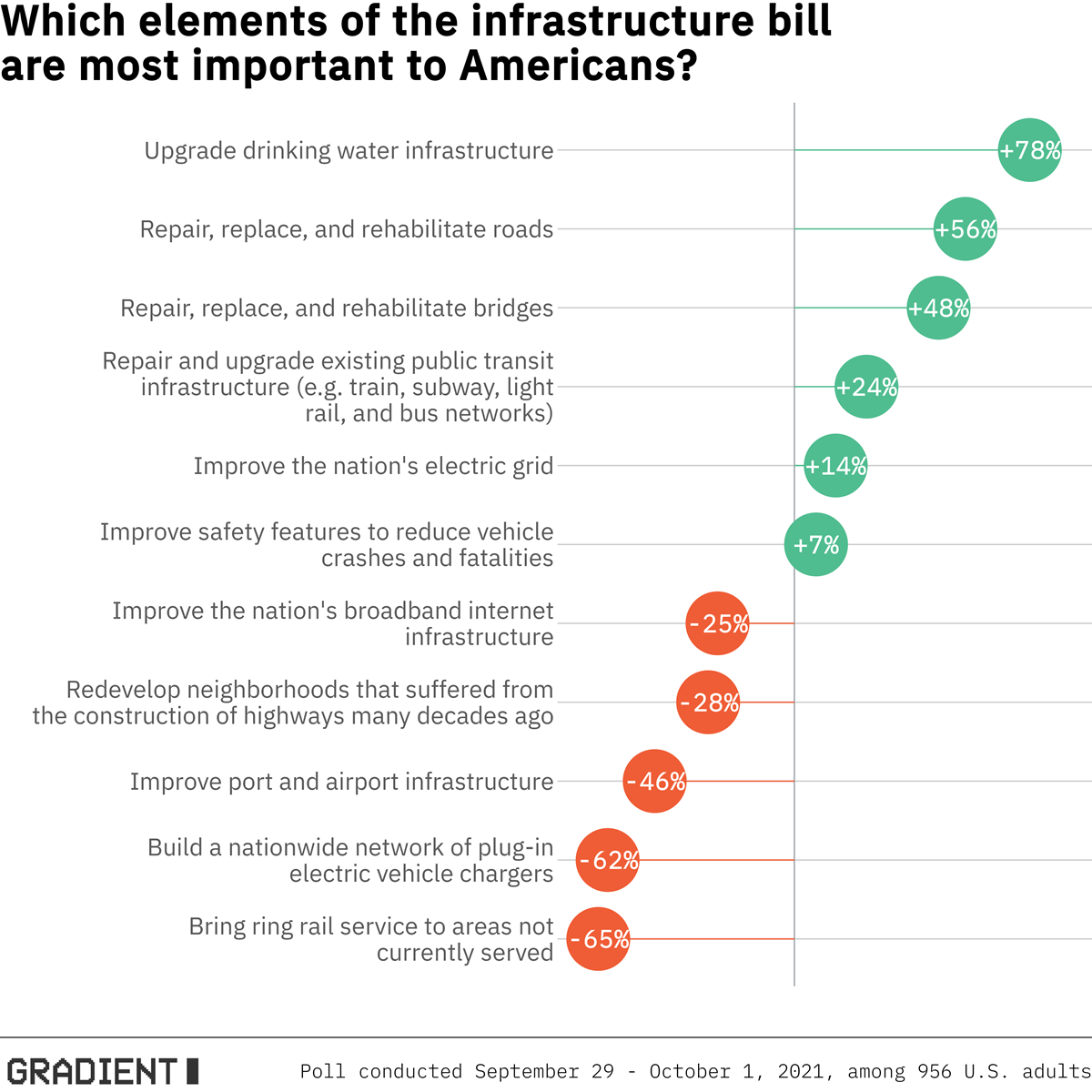 After at least nine “Infrastructure Weeks” during the Trump presidency, Groundhog Day has arrived (again) during the Biden administration with the Senate passing a $1.5 trillion transportation transformation bill. The bill would rebuild the nation’s deteriorating roads and bridges, fund climate change initiatives, develop broadband infrastructure, and deliver a sweet (but battery powered) model Amtrak train to every American home. Let’s hope the battery lasts longer than 7 seconds.

The House of Representatives, however, has not yet passed the bill, with progressive Democrats refusing to support it without a deal in the Senate to pass a separate, $2 trillion bill intended to strengthen the social safety net. In other words, this is looking like at least an Infrastructure Fortnight at this point.

What does 1.5 trillion dollars buy? No one knows for sure, but it’s gotta be at least 26 infrastructures. Politics aside, what do Americans really want? Let’s ask.

Americans believe that allocating funds to upgrading the nation's drinking water is the most important part of the infrastructure bill. Apart from avoiding another Flint crisis, Americans strongly support initiatives to repair, rebuild, and rehabilitate roads and bridges. Enjoy your time while it lasts, potholes!

Much like a band performing too many songs from their new album, Americans are less excited about building new infrastructure than they are about tuning up the older stuff. After opening the show with “EV Charging Networks” and “Building Out Rail Service," Joe Biden and the Congresses wisely chose to play the “Road Repair” hits.

The path to rebuilding America starts with securing people’s right to clean water and restoring the one thing that truly connects us all: the Interstate Highway System.