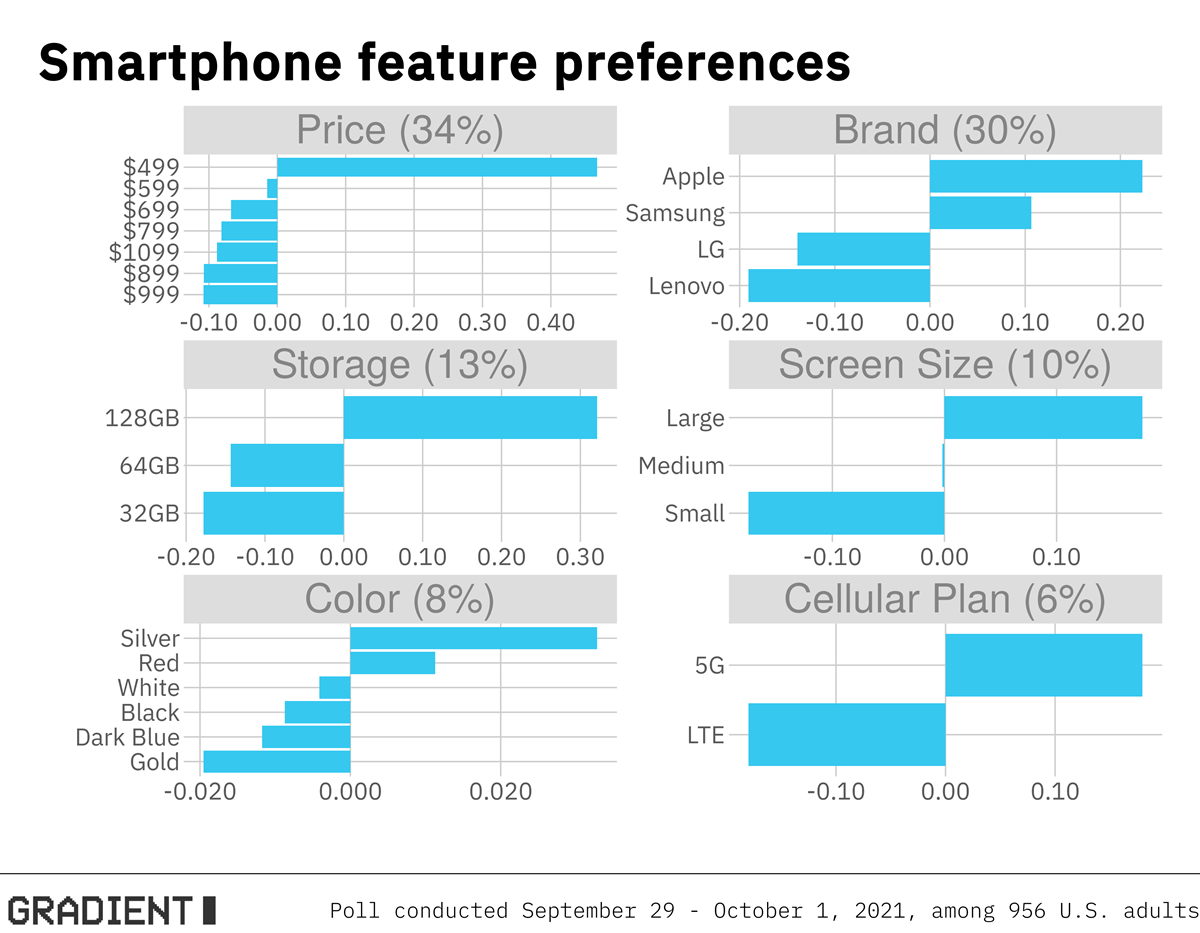 It’s that time of year again. Crunchy leaves gently tumble to the ground, pumpkin spice wafts out of your corner Starbucks, and Apple unveils the latest iPhone. The iPhone 13 is the 12th in the series (Yeah, Apple, we remember when you skipped the iPhone 9. People don’t forget.) And just as we’ve come to expect every year, Apple wowed consumers with a slightly more powerful camera, marginally improved battery life, and a hefty price hike.

When it comes to iPhone upgrades, are Americans willing to out themselves by sending texts in green bubbles all for a lower price tag? We dialed up a conjoint experiment to understand which smartphone features really get Americans out of bed...and into their car...and to the Apple store.

First, the screen-shattering news: Despite what TV and movies might have you believe, some Americans don’t own iPhones. Shocking. But Apple does make up a plurality of the smartphone market share – 42% of American adults own an iPhone. What do the 4% of Americans who don’t own a smartphone do when…they are stuck at a wedding table with someone they don’t know?

The cheaper and Apple-r the phone, the better. How many people are buying an iPhone 13 just for the 3-months of free Apple TV+? Hard to say, but... probably all of them. Have you seen Ted Lasso? Samsung gets an honorable mention too, but it really seems that non-upgrades are more than enough to satiate American consumers — as long as fruit adorns its back.