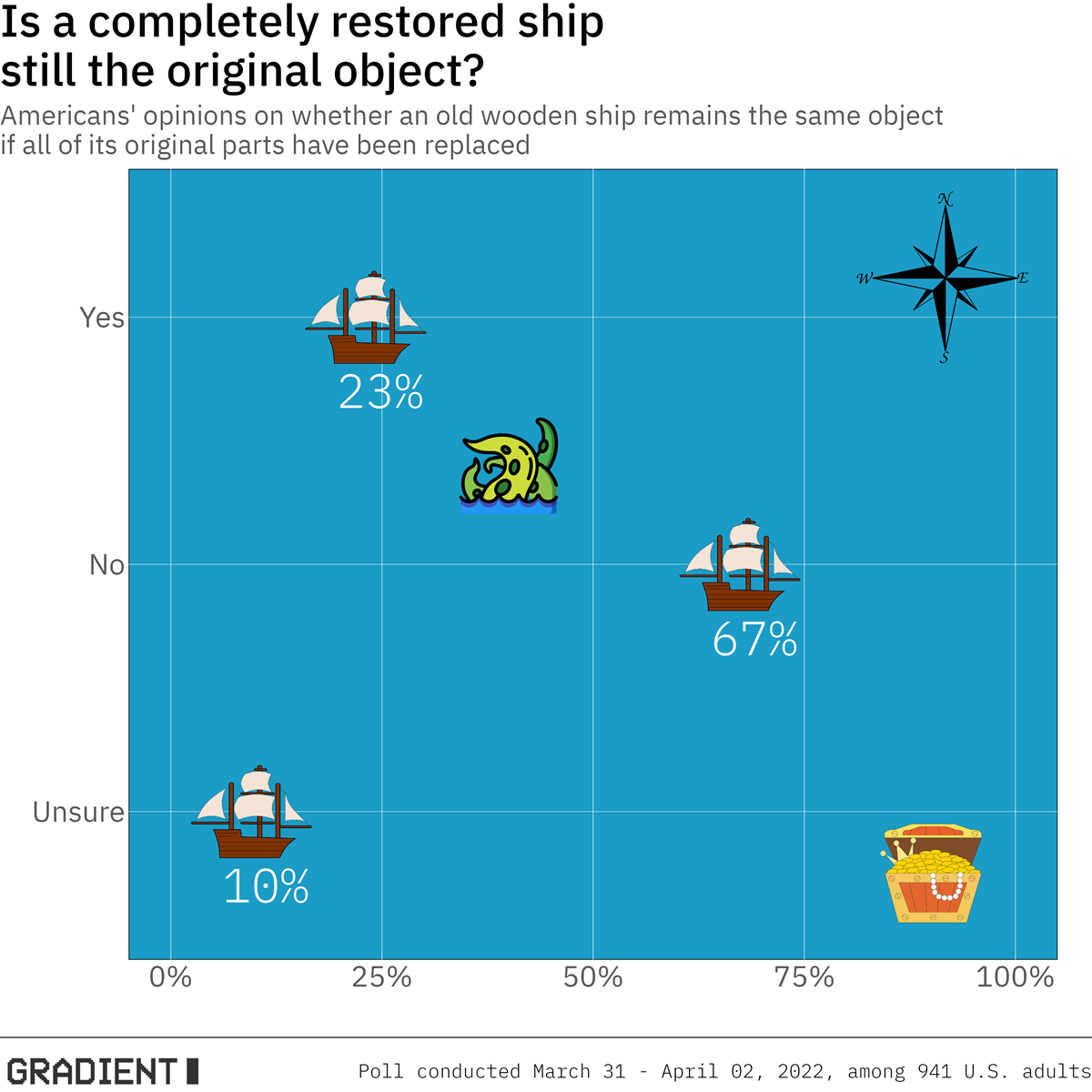 Imagine it’s the year 2072 and Elon Musk’s granddaughter, ƒœ-58µ2, has just invented teleportation. (Though, given the progress on those flying cars we were promised, we should probably add another several decades to that hypothetical.)

What’s the catch? The teleportation machine works by completely disassembling all of the atoms in your body and then reassembling them at your destination. Is your commute unbearable enough to get into the machine? 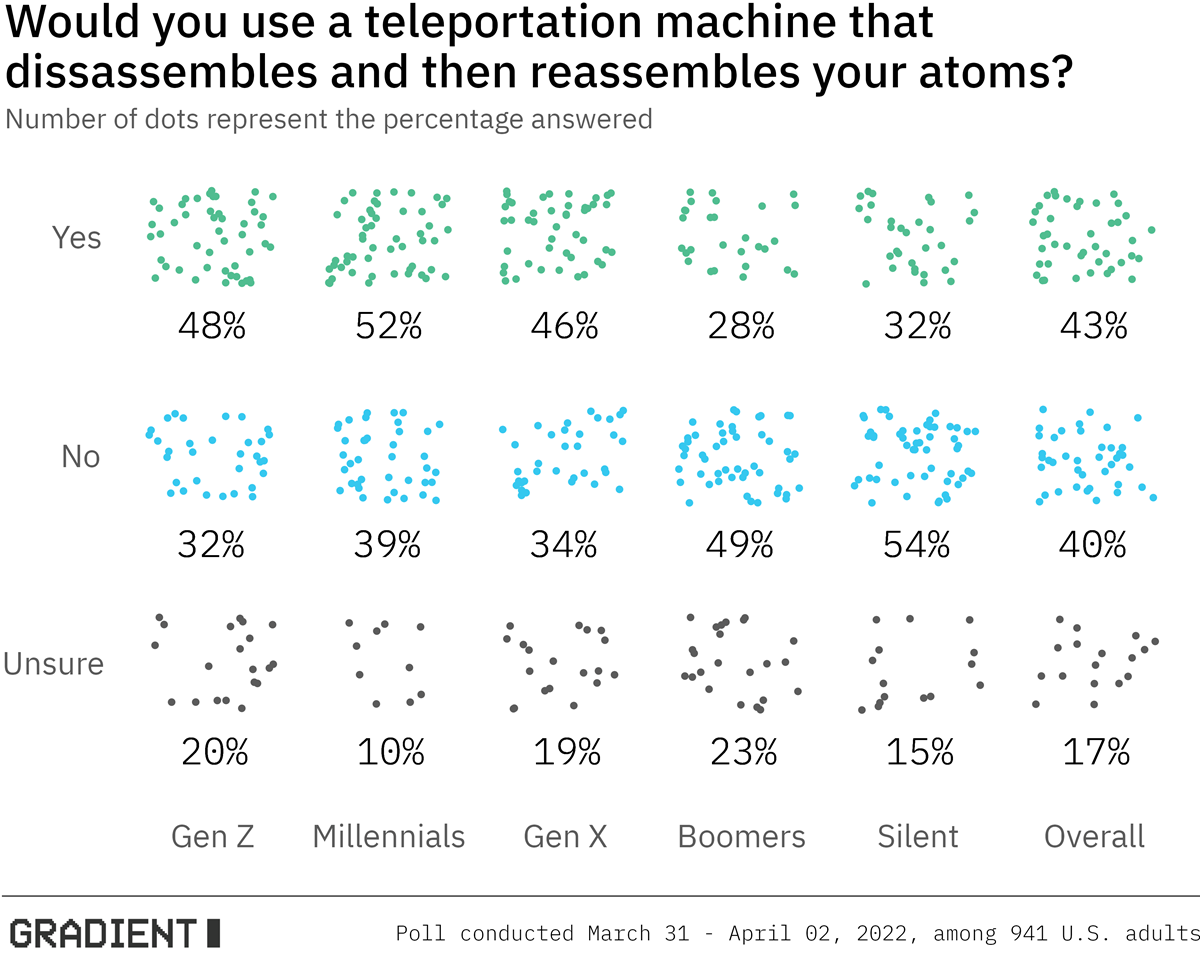 Americans are split on the matter, as 43% would get into an atom-scrambling teleportation machine, and 40% would avoid the Atom Transporter 3000 (formerly known as the Matter Splatter 1). Younger generations are more likely than older ones to be willing to try the machine, because why should the need for instant gratification stop at communication, entertainment, or relief from soul-crushing student debt?

While we were already copying Americans’ philosophy homework, we figured we might as well peek at their answer to the age-old Ship of Theseus question: Suppose an old wooden ship called the Firecracker is on display at a museum. As the years go by, some of the Firecracker’s original wood starts to rot, and the museum replaces it with fresh, stronger wood. After a few decades, every single part of the Firecracker has been replaced. Is the “restored” Firecracker still the same object as the original?

Two-thirds (67%) say the completely restored ship is no longer the same object. This is devastating news for lifetime sports fans whose favorite team has replaced every single player since they were a kid. It also begs the question: Why didn’t philosophers just crowdsource all their deepest questions? You’re welcome, Plato.