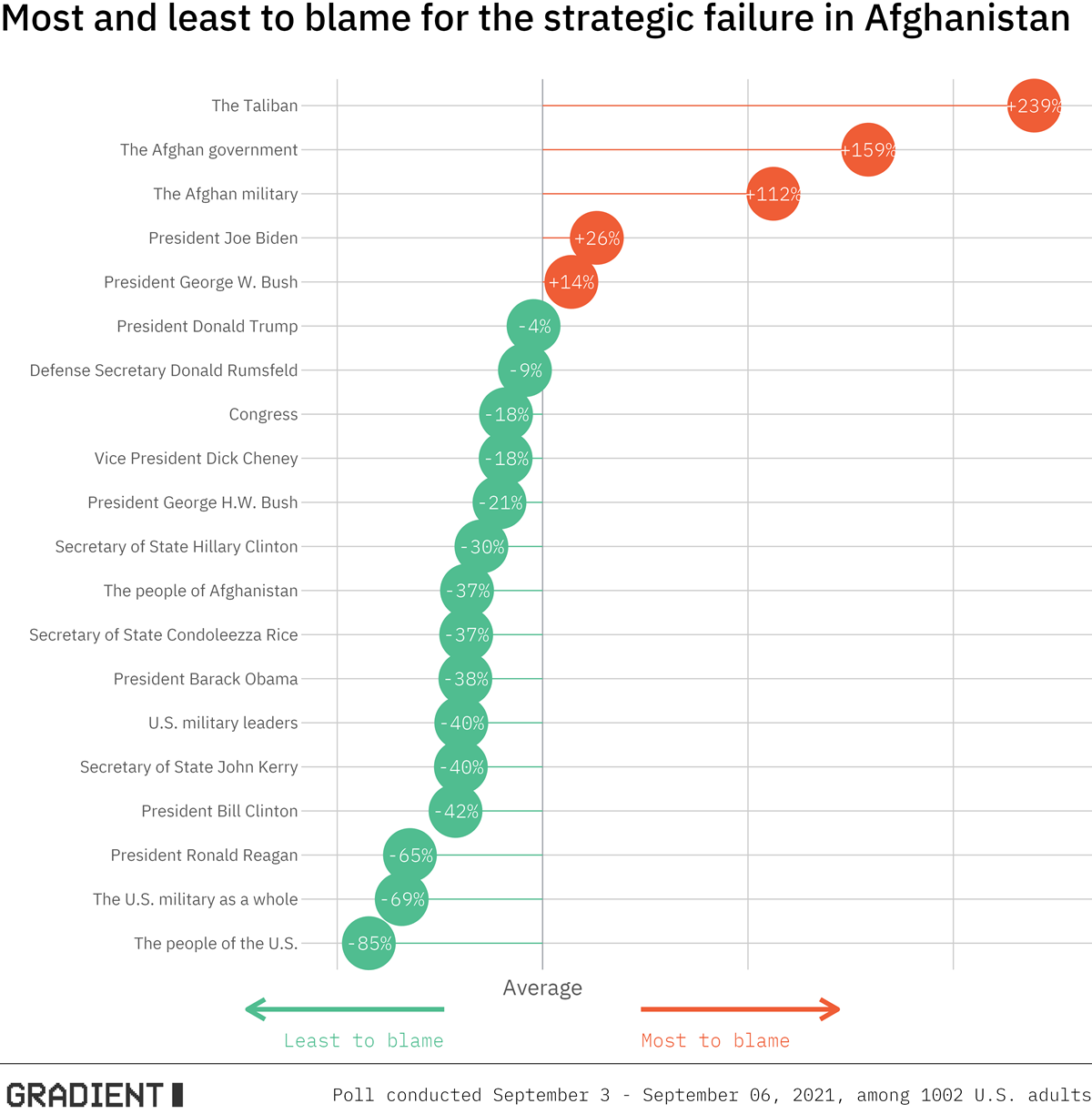 On August 30th, following an order from President Biden, U.S. military forces completed their long-anticipated withdrawal from Afghanistan. The move ended a war that lasted almost 20 years, or about 730 Scaramuccis.

Given that the U.S. was ostensibly still in Afghanistan to support a democratic government, which immediately fell to the Taliban upon the withdrawal of U.S. troops, we asked Americans who is most and least to blame for this strategic failure of the decades-long occupation.

In short, Americans point the finger at the Taliban and both the Afghan government and military for the coup d'etat. The U.S. officials bearing most of the blame are Presidents Biden, W. Bush, and Trump. Donald Rumsfeld, Bush’s Defense Secretary who directed the planning for the war in Afghanistan after the September 11th attacks, somehow failed to medal in the U.S. Leader Blame Olympics.

The withdrawal itself was about as messy as our last transfer of presidential power. To continue the finger-pointing theme, who do Americans blame for the Taliban's takeover? 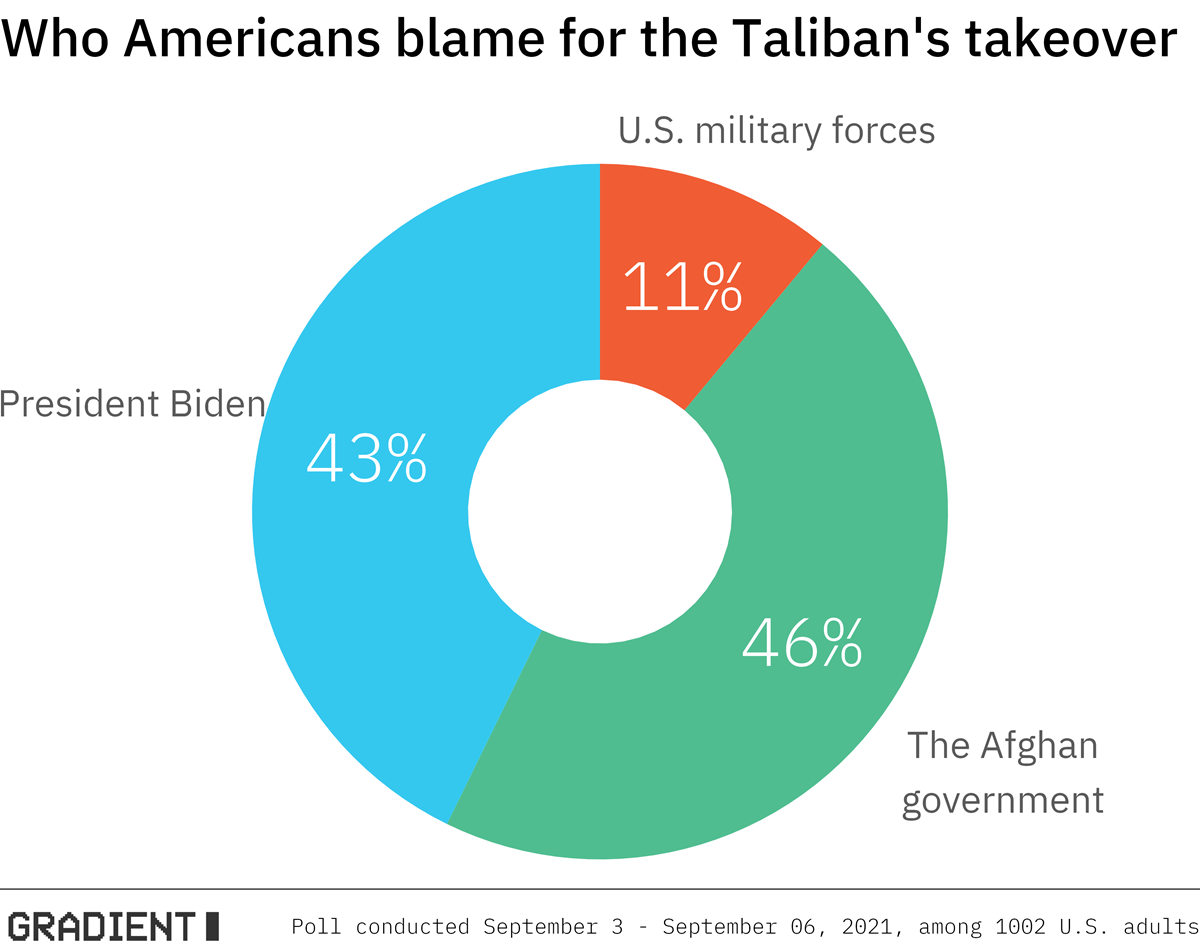 When asked to assign shares of blame between Biden, the Afghan Government, and the U.S. military, the president received a large piece (43%) of blame pie. Yet despite the tumultuous exit, 59% support removing all U.S. troops from Afghanistan compared to just 18% who do not support withdrawal (with 23% unsure). Another 61% agree there would never have been a good time to leave Afghanistan.

In other words, Americans want the U.S. to make like a tree and get outta there. Just not like that.