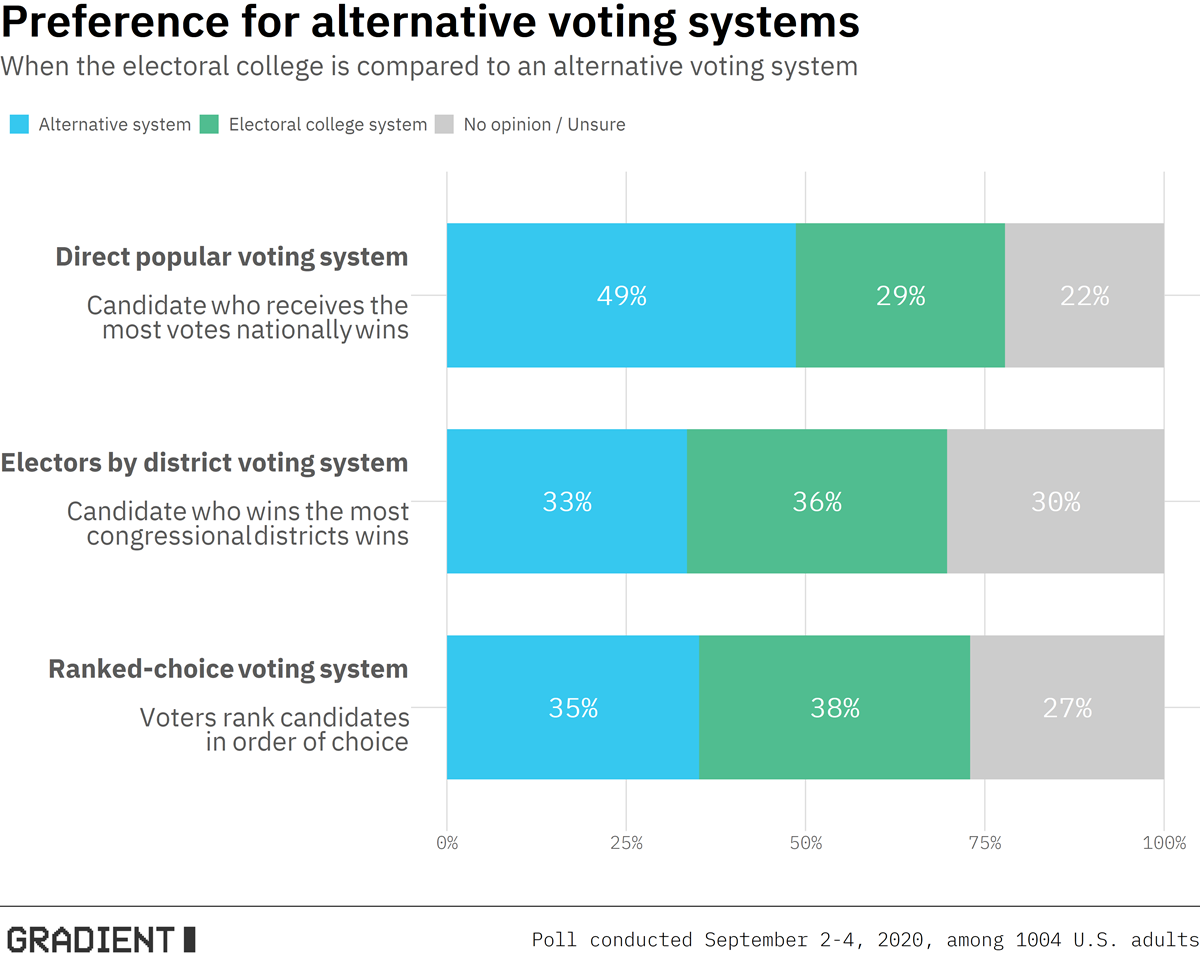 So there’s this little election coming up in just over a month. While Americans vociferously debate, argue, and (in some cases) slug it out over the merits of their favored candidate, we designed an experiment to understand which, if any, alternative voting systems hold appeal against the centuries-old electoral college.

Respondents read a prompt that compared and contrasted the conventional electoral college to one of 3 alternatives used in other democracies – direct popular vote, ranked-choice, or electors by district.

The electoral college doesn’t fare well when direct popular voting is on the ballot. A plurality of Americans (49%) prefer a direct popular voting system compared to the 29% who are faithful to election tradition. Raise your hand (oops I mean click “thumbs up” in the chat window) if you think we should just have a direct vote to banish the electoral college from the island.

Americans are less interested in the other alternatives. In fact, they were about as likely to prefer the electoral college when given the option between that and a ranked-choice or electors by district voting system.

Regardless of whether the electoral college fulfills the will of the people, there’s only one way to make certain your voice is heard. Make sure you’re registered to vote.