No Books for Old Men 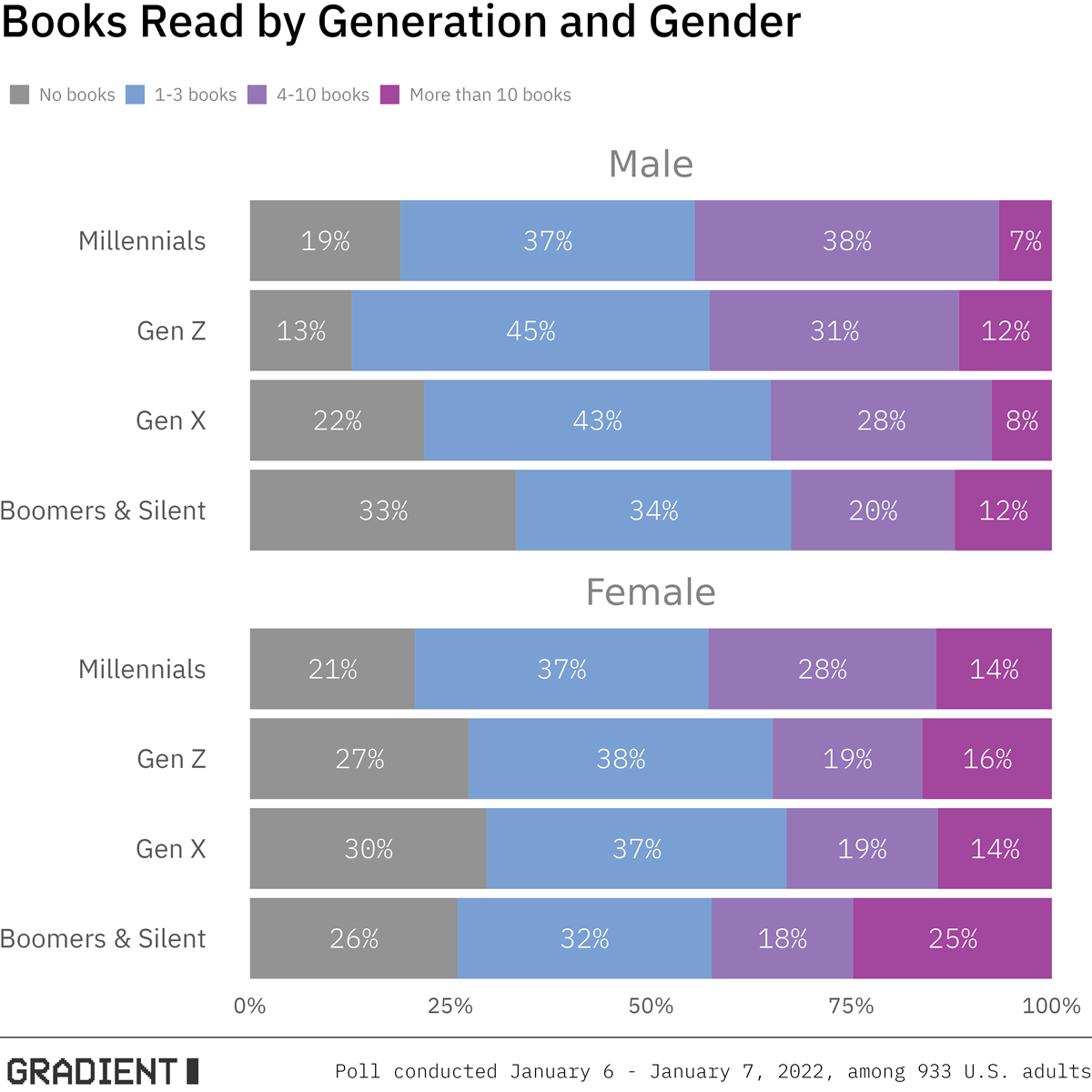 Even though we had a lot of indoor time in 2021, one in four American adults (25%) did not read a book. Hopefully those are the same 22% of Americans who made a New Year’s resolution to read more.

So who played hooky and skipped the Scholastic Book Fair? You can’t blame this one on Millennials. Thirty percent of American Boomers did not read (or even start) a book in 2021. And the trend is even more pronounced by gender—33% of male Boomers report not reading or starting a book in the past year. On the opposite page, the most avid readers were overrepresented by female Boomers—25% read more than 10 books. Someone (not pointing fingers, Uncle Jerry) must have forgotten to take Grandpa to his last LensCrafters appointment.

Since the proliferation of digital media, books have never been more accessible—available in digital, audio, and print format. Yet even amid the collapse of Borders and the twilight years of Barnes & Noble, Americans keep their bookshelves well-stocked. More than three-quarters of American readers (77%) read a print copy of a book last year, dwarfing the percentage who read a digital copy or listened to an audiobook (41% and 30%, respectively). Dropping a Kindle on your face as you fall asleep reading in bed just doesn’t hit with enough velocity compared to the real thing, apparently.

In an unsurprising twist (this ending is so predictable), most of us got enough reality in 2021 that we didn’t also need to read about the real world. More than one in three American readers leans fiction (37%), while only 22% read all or mostly nonfiction literature. But the plurality of American readers (42%) have a balanced diet, roughly equal parts fiction and nonfiction.