No, You're at War with Eurasia 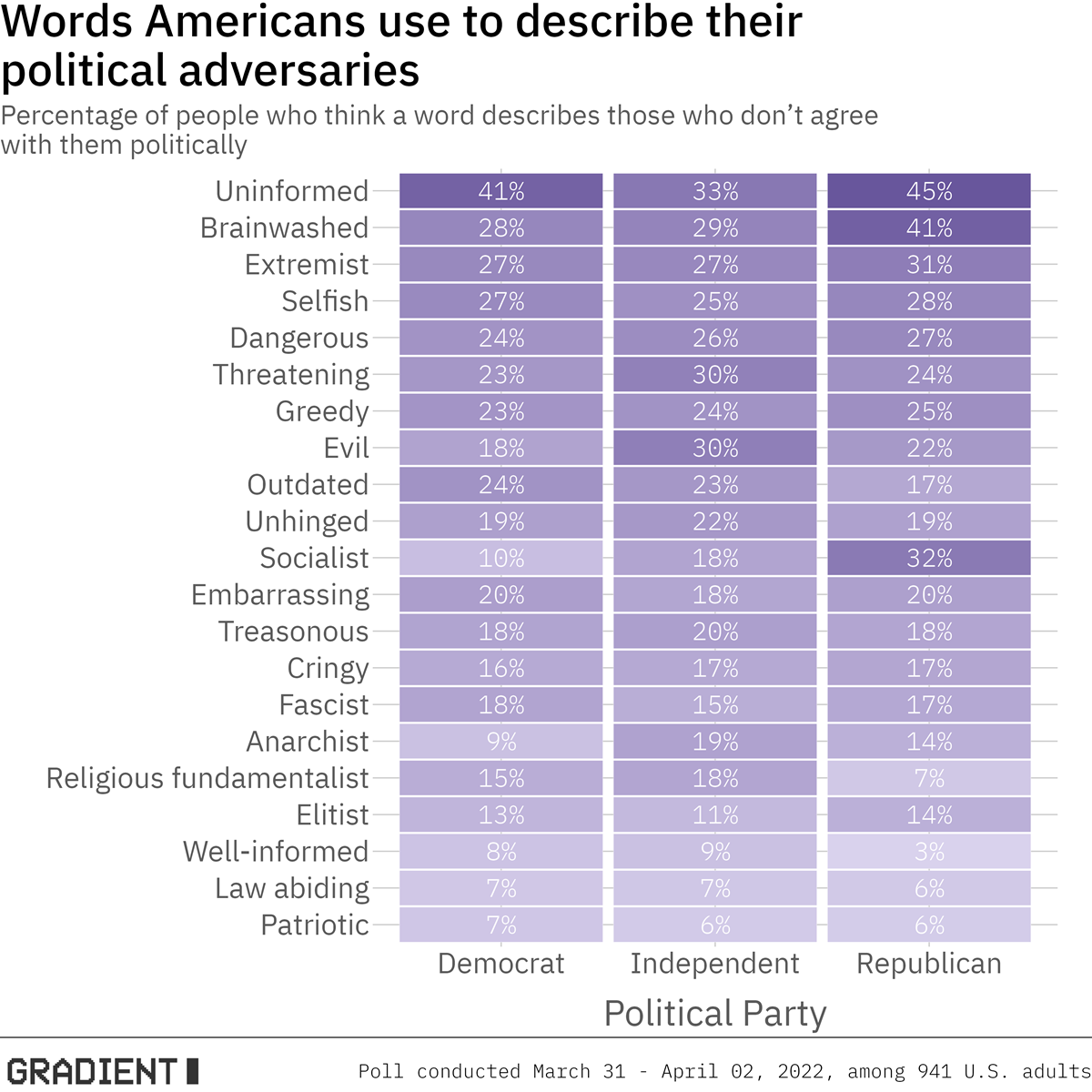 Snowflake. Extremist. Just two (printable) derogatory terms used by dueling bullies throwing punches on the good ol’ American political jungle gym. On the bright side, at least those extremist snowflakes aren’t literally dueling. To assess this partisan war of words, we asked respondents to select which terms best describe people who disagree with them politically.

Americans most commonly think of their counterparts as “Uninformed,” with 45% of Republicans, 41% of Democrats, and 33% of Independents claiming the others aren’t keeping up with the Kardashians. Republicans are significantly more likely than Democrats to describe their political opposition as “Brainwashed” (41% vs. 28%). Because if there’s anything a political party interested in brainwashing won’t do, it’s reject a bunch of K-12 math books for containing information that deviates from party ideology.

A word Americans aren't hurling toward political adversaries is "Patriotic," probably because they don't want to associate the other side with any of that Brady/Belichick greatness. Turns out a mere 6% of Republicans and Independents think those with differing political ideologies truly love their country, while 7% of Democrats feel similarly. If only Freedom Fries were wavy cut, Republicans would have won over some adversaries.

Nearly one-third of Independents (30%) view their political adversaries as “Evil,” compared to only 18% of Democrats and 22% of Republicans. While Democrats and Republicans are somehow more cautious about throwing stones in glass houses, Independents are planning to unlawfully evict their boulder-sized tenants.