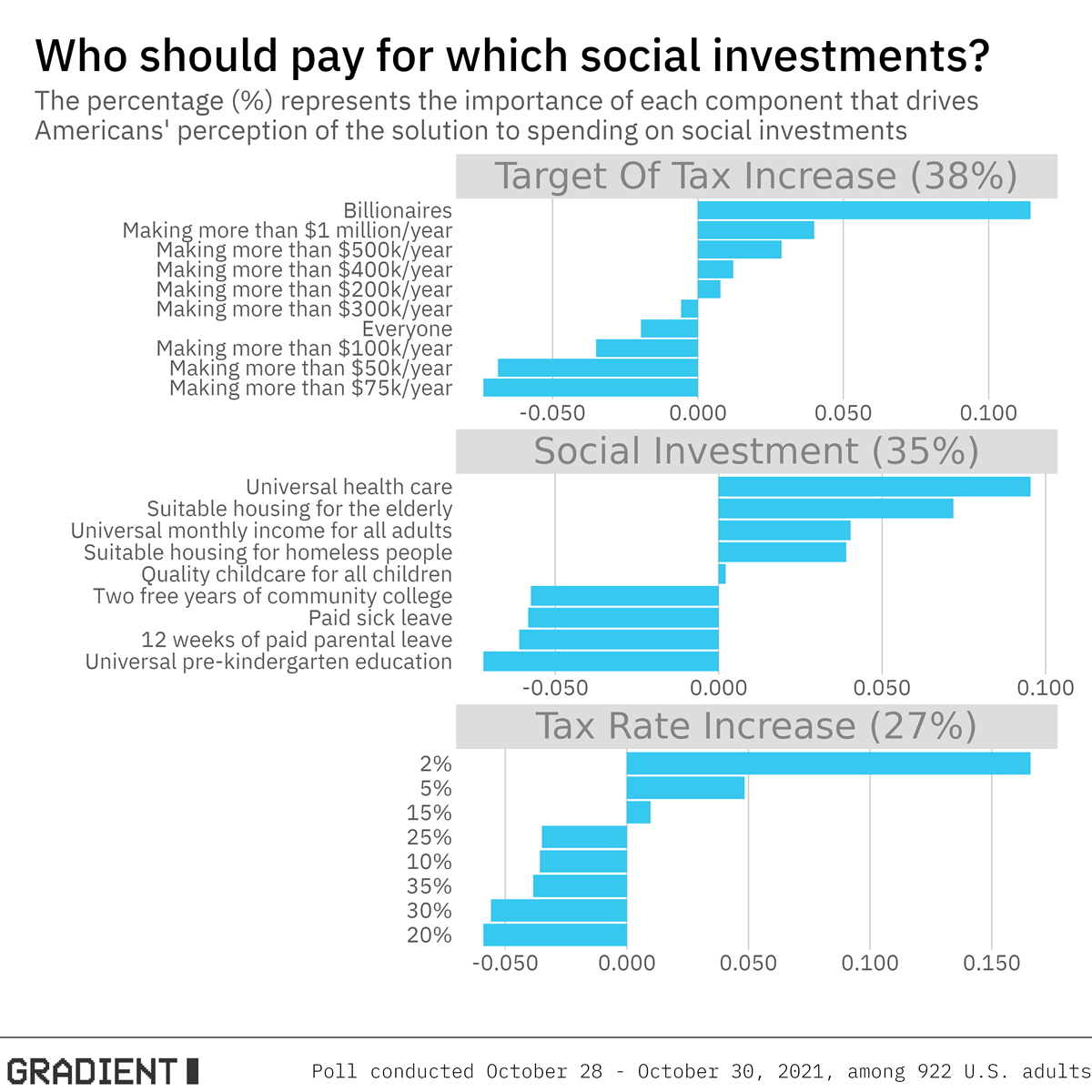 Democrats are looking to vote in Congress this week on a $1.75 trillion social safety net bill that includes funding for child care, universal pre-K, and addressing climate change. With that much funding, they could build a literal safety net made of $100 bills.

There are a lot of social spending components that were cut from the bill as centrist senators Joe Manchin (D-WV) and Kyrsten Sinema (D-AZ) whipped out their paper shredders. Not to mention the other spending priorities Democrats have floated over the past year. But rather than letting two Senators tell us what Americans want, let’s let Americans speak for themselves through a conjoint experiment.

Like all start-up endeavors, lower-income Americans could use a bunch of seed funding from billionaires. Equity for equality! In the public opinion version of Shark Tank, Americans are IN on universal health care and suitable housing for the elderly and homeless, and OUT on universal pre-K and paid parental and medical leave. No word yet on whether they’re going to bite on your GPS-enabled-wedding-rings idea.

Even more important to Americans than the type of social improvements  (35% relative importance) is the person who is paying higher taxes for the improvements (38% relative importance). And billionaires, by far, have the biggest tax-increase target on their back. Call it jealousy or call it equality, but someone should let Senator Manchin know that taxing the rich is very on-brand this year. A little social spending might help him upgrade his house boat.