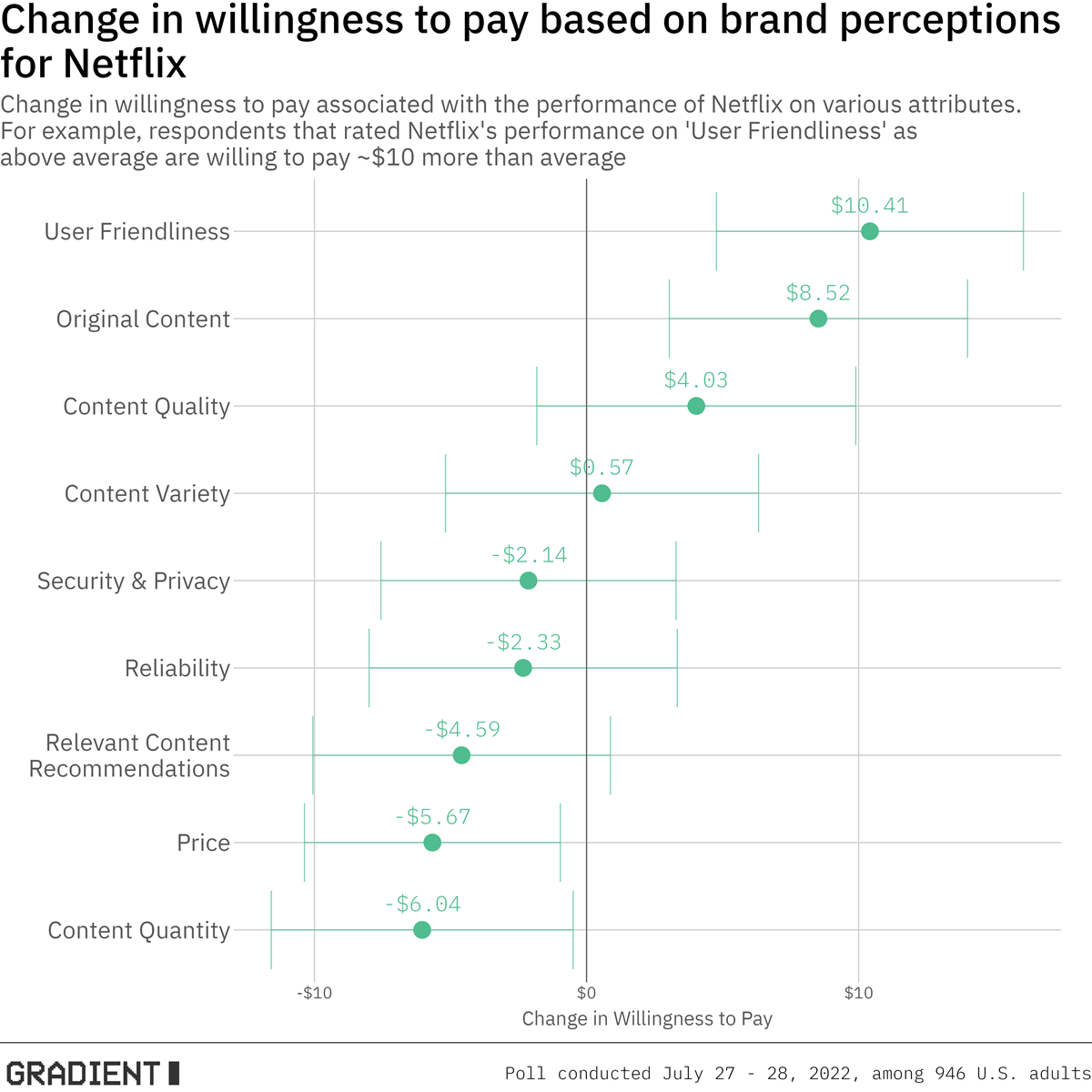 The TV streaming platform competitive landscape is a WrestleMania of the techy-entertainment elite. It’s a true proving ground where the likes of recent contenders like Amazon and Netflix go to the mat against proven vets like Apple and Disney. (And now Walmart is tagging in for Paramount+).

The saturated market is such a fractious mess of original content that Americans are starting to wish they could get all their content from one place (potentially—and we’re just spitballing here—delivered via a cable, like the way you get Internet). In fact, in June 2021, Americans with a streaming subscription, on average, subscribed to four different streaming platforms. And in 2022, a majority of American adults have at one time subscribed to Netflix or Amazon Prime Video (66% and 52%, respectively), followed closely by Hulu (43%), Disney+ (35%), and HBO Max (32%). 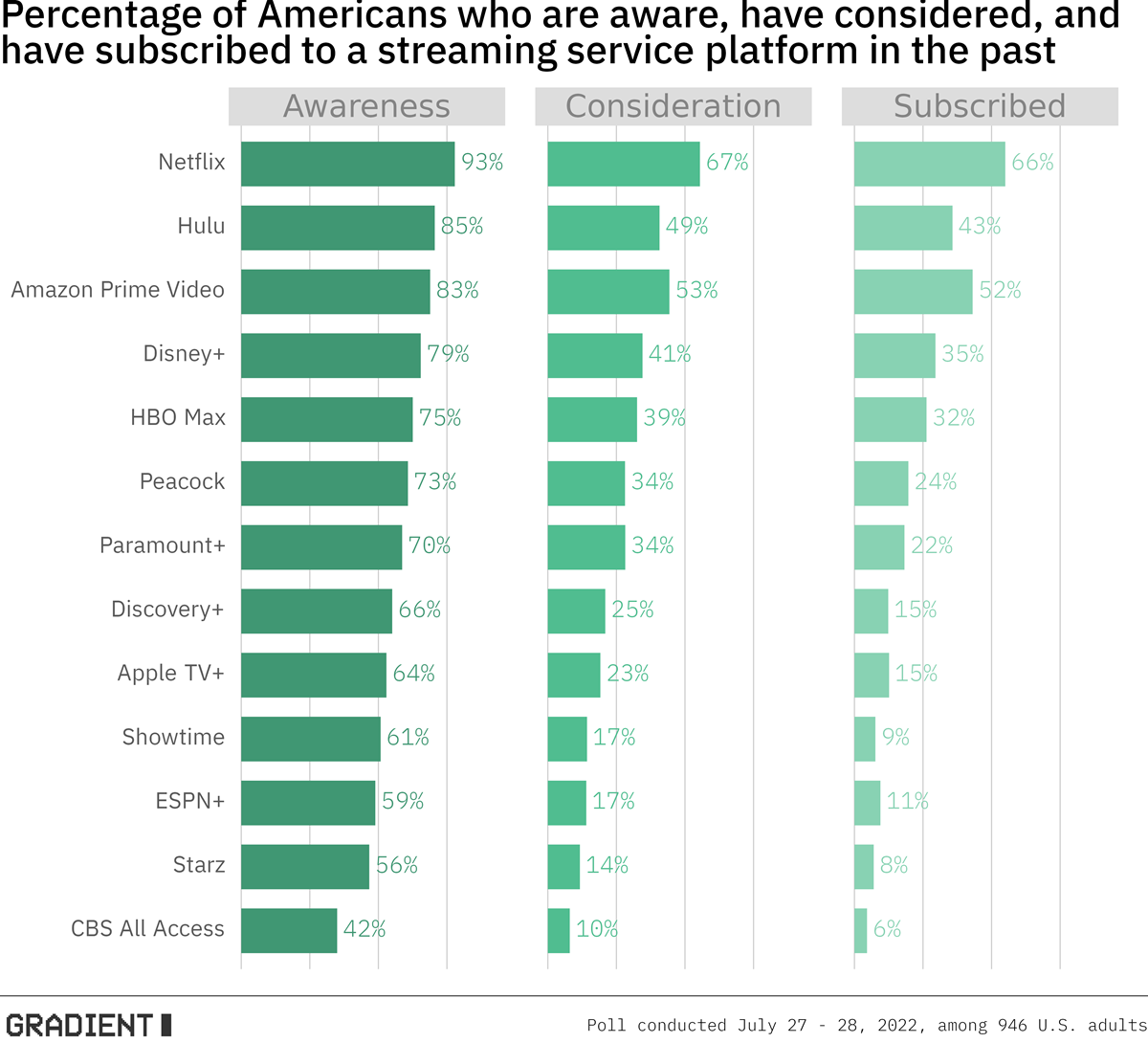 How do streaming platforms escape customers’ regular autopay purges? We assessed competing platforms across a series of product and service offerings. Then we programmed a conjoint analysis to simulate consumer decisions between different streaming platforms. The final product? Consumer willingness to pay for TV streaming subscriptions and the drivers of those purchase decisions.

The first thing streaming services can do is make their platform… how do we say this… work. Consumers are willing to pay about $5 more, on average, for standout, user-friendly streaming platforms. By contrast, in what is considered in technical terms to be a “double whammy,” consumers are willing to pay $6 less for platforms deemed overly expensive.

After losing subscribers for the second quarter in a row, Netflix might want to lean into its strengths, and for them, that’s user friendliness and original content. Consumers who rate Netflix’s original content above average are willing to pay $8.52 more on a monthly subscription plan compared to those who rate Netflix as average. That increases to $10.41 among consumers who deem Netflix superior on user friendliness.

Even though original content may be one of Netflix’s strongest value propositions, so has quantity been, historically. But consumers who rate Netflix as far above average on content quantity are less willing to pay than those who think they have an average catalog size. In other words, keep a tidy, easily navigable inventory of original hits like Stranger Things and Black Mirror. No problem, right?