The Gender “Return to Normal” Gap 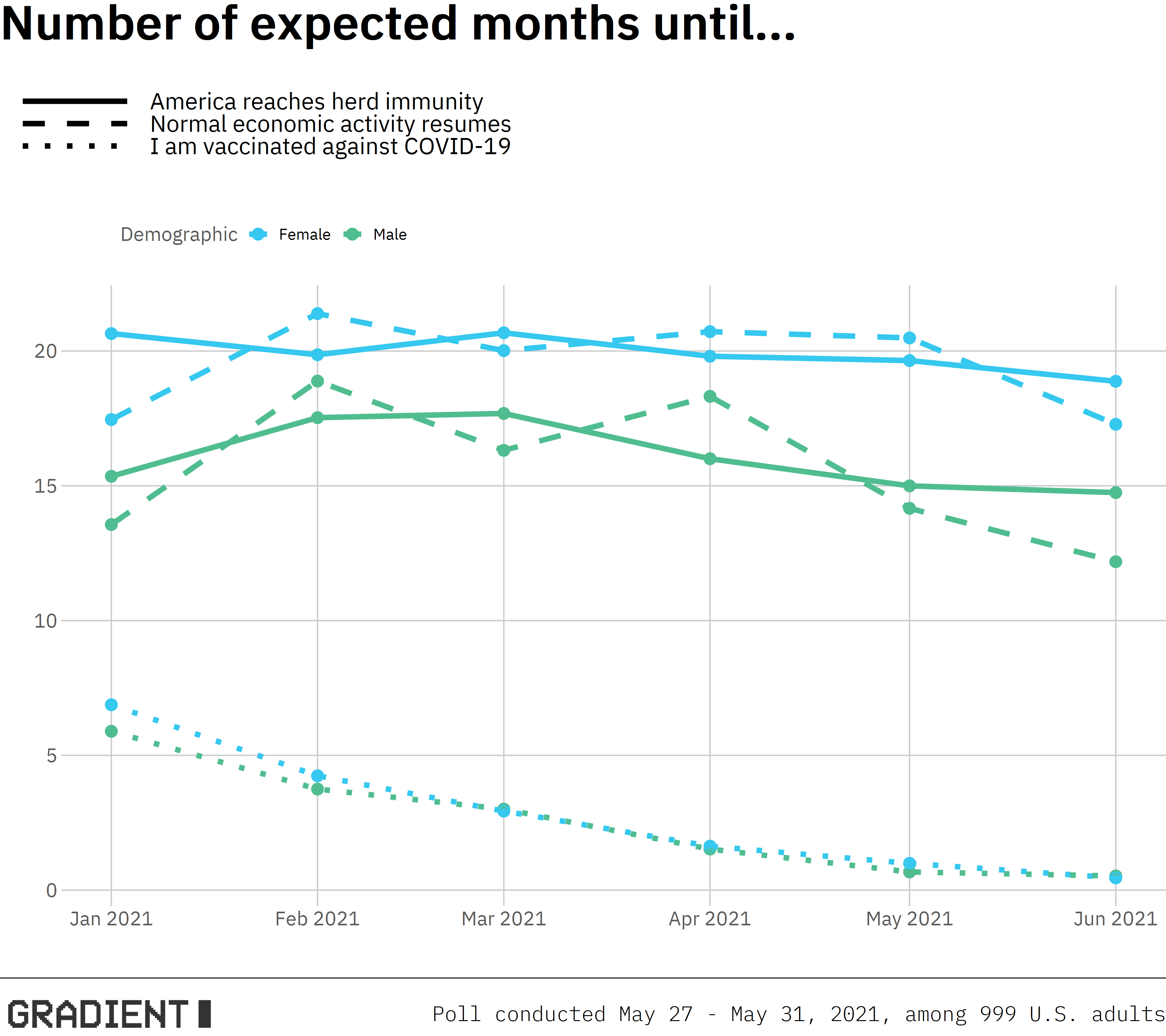 We’re getting there, folks. As of June 1st, 51% of all Americans (including children) have gotten at least one dose of the vaccine including 41% who are fully vaccinated, according to the latest CDC data. Too bad herd immunity doesn’t win like a candidate does in 50% plus one election.

But how are Americans feeling about when we’ll be back to normal as a society? Turns out, that answer is surprisingly gendered.

Men think we are about a year away from returning to normal economic activity, while women predict it will take about 17 months. The pandemic has been particularly disruptive to women who work outside the home (whatever that means now), and it may be that women are responding to that reality with more pessimism than men about a return to normal. Or that women have a bigger COVID crater to dig out of than men.

It’s not just the economy. Despite all the vaccine progress, Americans overall are bearish on the prospects of reaching herd immunity. Though most have already received at least one dose of a COVID-19 vaccine, Americans still think we are about 16 months away from the virus no longer being a serious threat.

The gender disparity persists here, too, with women (18 months) predicting a longer path to herd immunity than men (14 months). And now we have another gender gap to add to the list.

Here’s to hoping Americans are too pessimistic, for once.