There's No Patch For This

Remember when your first born child took her first steps? Or the last conversation you had with your parents? You don’t, eh? You’re likely one of the 41% of Americans who report spending excessive time on their smartphone.

While missing the occasional life milestone is nary a recommended practice, a group of academics developed a rubric to diagnose smartphone addiction and — an even more dire diagnosis — impairment. 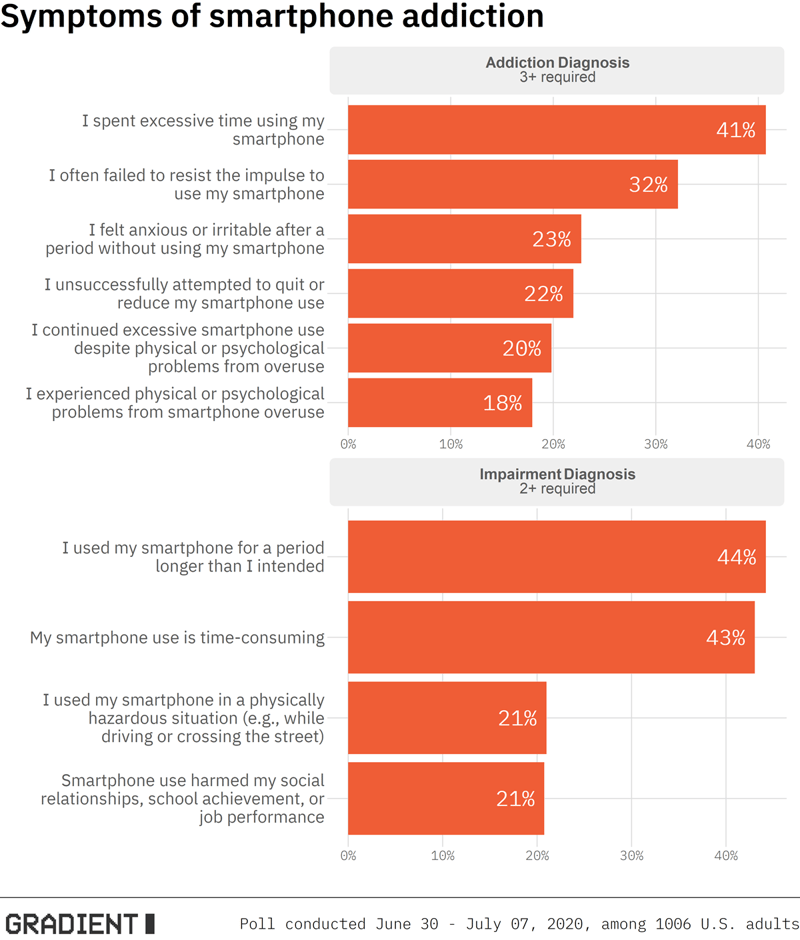 According to this rubric, 32% of Americans are addicted to their smartphones, meaning they can’t overcome the urge to text, share, tweet, search or swipe. If you’re in a relationship with someone in this group you’re a permanent third-wheeler.

But it could be worse. You could be in a relationship with the 25% of Americans who are categorized as impaired by their smartphone use. These folks aren’t just distracted; their physical and/or psychological well-being is at risk.

Recognizing the risk of death-by-smartphone addiction, more than two-thirds of addicted and impaired smartphone users have tried to reduce their screen time in the past 3 months, but this whole virtual new normal couldn’t have helped.