This Is Your Brain on Brand 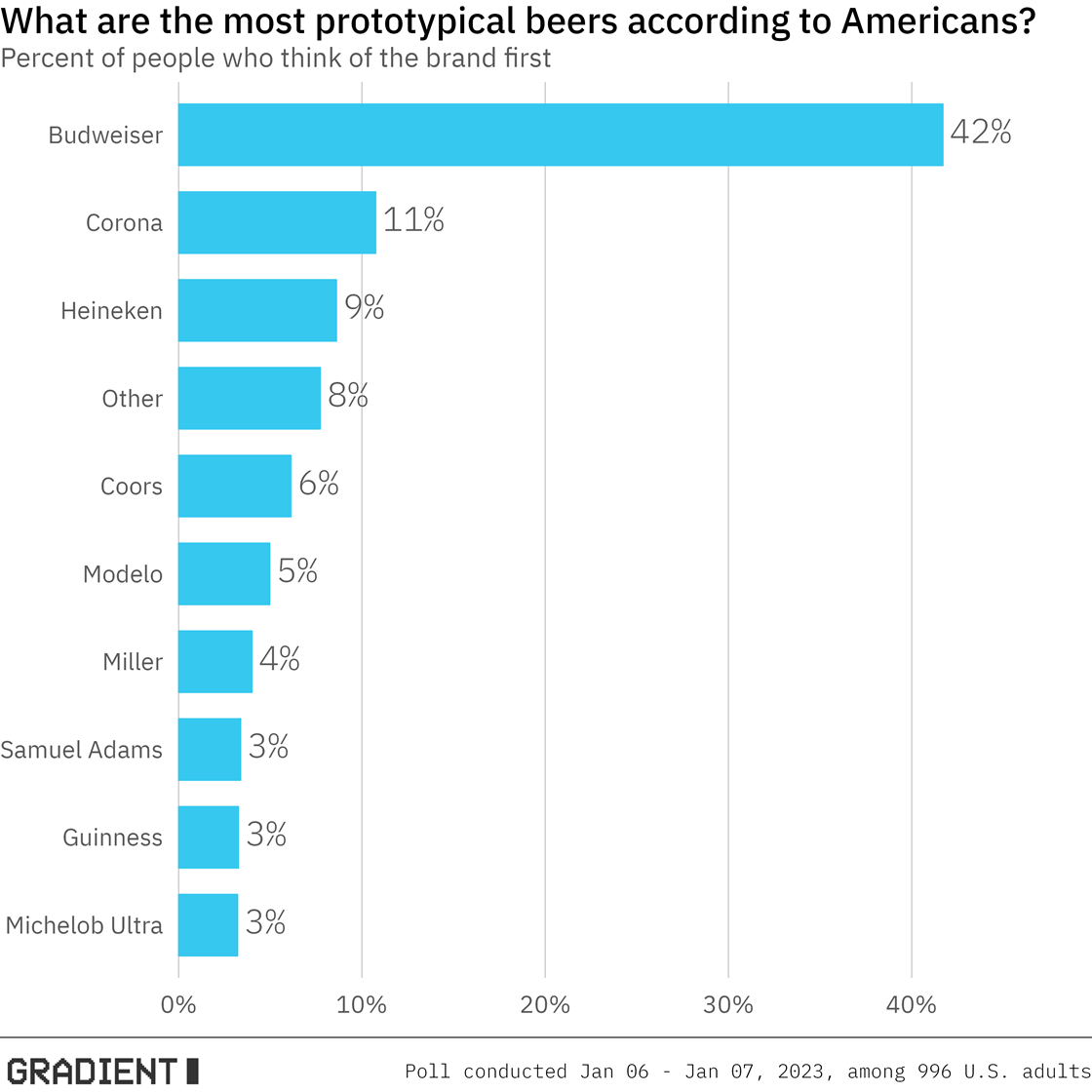 When you hear the word superhero, who comes to mind first? If you’re like most people, you probably think of Superman or Batman. Apologies in advance to all the triggered Marvel stans. To be fair, there are so many MCU heroes that it can be hard to single one out. Fun fact: Every time you read a Trendlines paragraph, two new Marvel Disney+ series are released.

If you’re sentimental about brands (who isn’t?!), you’ll want to get the Kleenex ready because we set out to understand what brands people most associate with everyday products. To find out, we assembled lists of the most popular brands across a range of products and asked a representative sample of American adults to tell us what brand comes to mind first. Hopefully you have a Band-Aid handy in case you feel wounded by your favorite brand’s ranking.

There’s much less consensus when given the task of thinking about the brand most associated with the word “car.” Half of the general population’s prototypical car is accounted for by one of four brands: Toyota (14%), Chevrolet (14%), Ford (12%), and Honda (10%). But it depends who you ask. Boomers are more likely to think of Ford (17% vs. 12% national average). Meanwhile, Millennials think of more premium brands like BMW (12% vs. 6% national average) and Tesla (4% vs. 2% national average). They may not be able to afford a home, but Millennials are still driving around here like they lease the place. 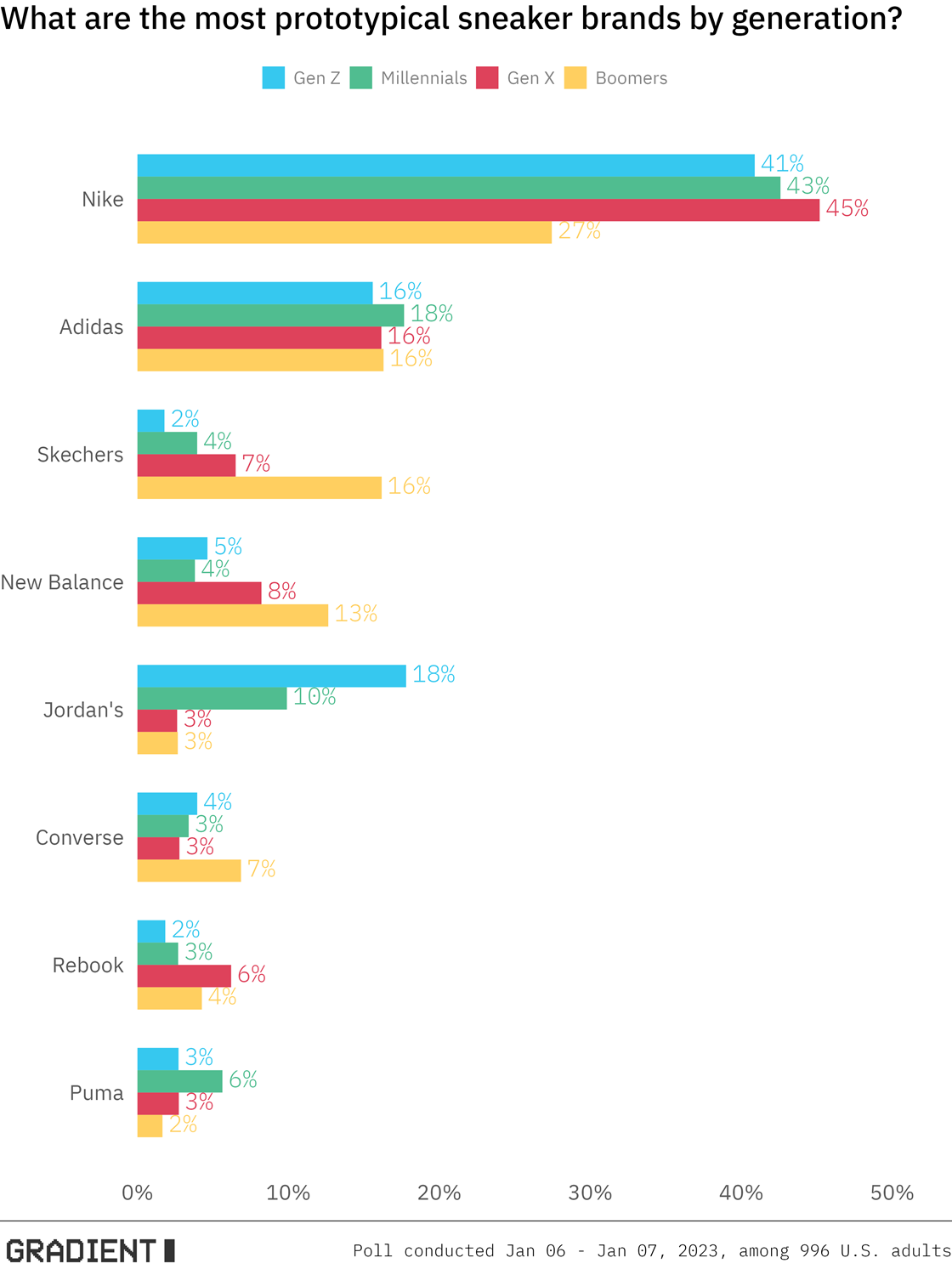 When asked to think about sneakers, a majority of American adults imagine lacing up Nike (38%) or Adidas (17%). Nike’s flagship brand, Jordans, are emblematic sneakers for large percentages of both Gen Zers (18%) and Millennials (10%). But the Just Do It brand is noticeably less salient among Boomers—27% thought of Nike’s first and only 3% selected Jordans. Instead, Boomers are more likely than the general population to think that Skechers (16%) and New Balance (13%) are the embodiment of what it means to be a sneaker. Wait a few more years, Gen Z—you’ll understand when you have kids of your own.

* Not suppoahted by data, dude. Just a hunch, kid.

For those of you keeping track at home, that’s 10 new MCU Disney+ series added as a result of this story. You're welcome, nerds.