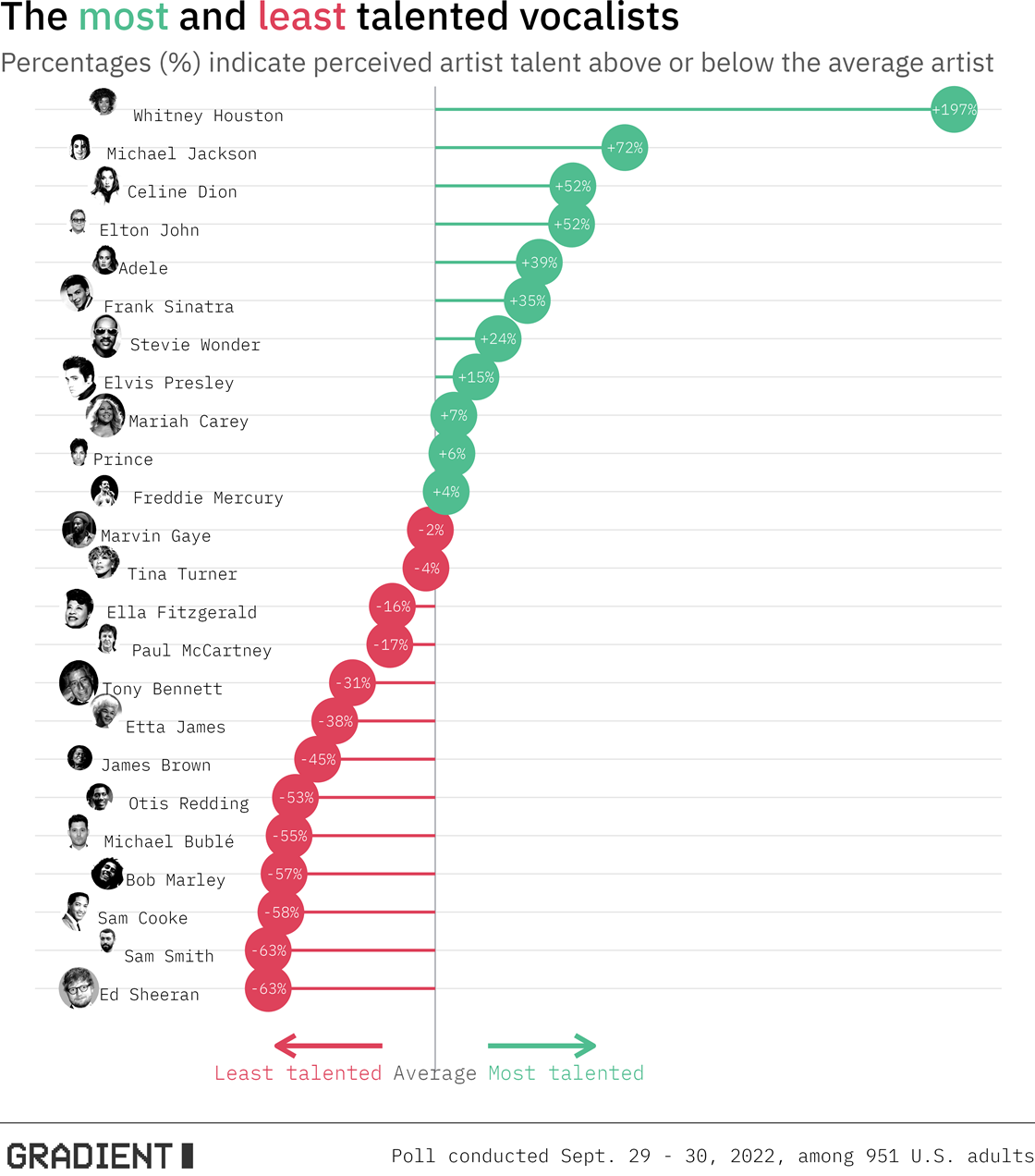 Who is the greatest singer of all time? Since we unfortunately have not (yet) developed the technology to reanimate the corpses of late, legendary musical performers in order to prop them up on stage for a tournament-style vocal competition on which we all get to vote, we settled for the next-best thing: a MaxDiff experiment.

Long after her death, Americans Will Always Love Whitney Houston’s voice: Houston was 197% more likely to be chosen as the most talented vocalist than the average artist on the list. Michael Jackson’s vocal talent didn’t hold up so Bad, either, placing him as the second-best singer. But, at least when compared to these vocal juggernauts, Americans apparently wish Ed Sheeran would do a little more Thinking Out Loud and a little less singing out loud.