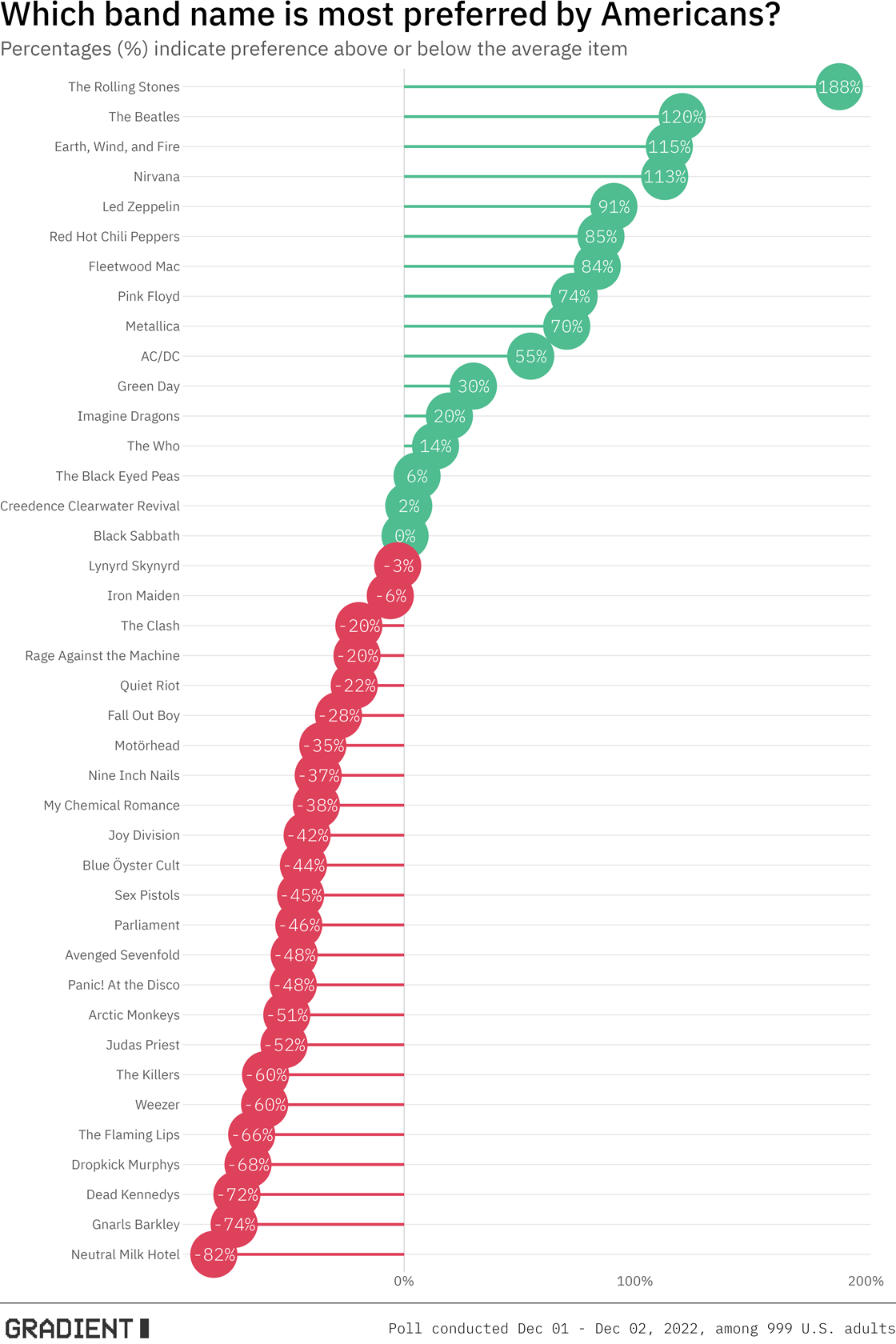 As the late, great Ludwig van Beethoven once said, “A band is only as good as its name.”* It only took 90 years after Beethoven’s death for the first band to be formally formed: The Original Dixieland Jazz Band (ODJB). Not to be confused with one of the founding members of the Wu-Tang Clan, ODB. However, both are for the children.

Mercifully, band names have gotten a lot better since ODJB’s arrival on the scene, or at least shorter. To find out the best band name of all time, we conducted a MaxDiff experiment using some popular bands from the past 100 years. Before we dive into the data, we would like to formally apologize to King Gizzard and the Lizard Wizard. You clearly have the best band name, but you need a few more years of crushing the psychedelic garage rock scene before you make the all-time list.

Americans voted The Rolling Stones as the best band name, followed by the Beatles, and Earth, Wind, and Fire. Clearly, this has nothing to do with music preferences and is solely based on the super clever names of the band. We suggest Neutral Milk Hotel consider changing their name to Gender-Neutral Milk Hotel.

*Ludwig van Beethoven most likely never made such a statement. But who knows? The man was a visionary.