TrendSegments: Don’t Roe it Away 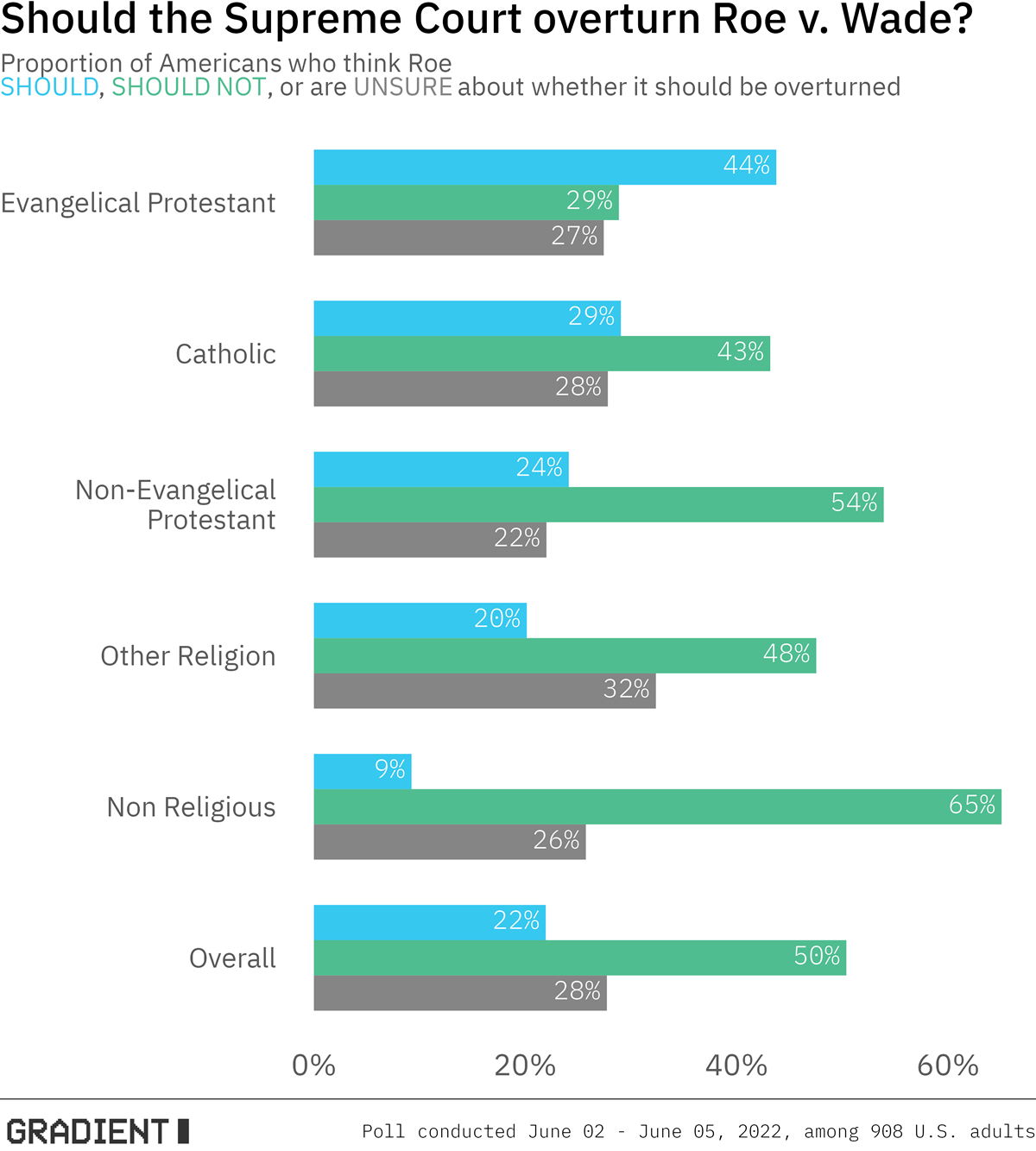 Last month, a draft Supreme Court opinion leaked, indicating that the Court is poised to overturn Roe v. Wade. Chief Justice John Roberts was very upset about the leak because he apparently thinks the decision about when to release a ruling is a personal choice.

Just 22% of Americans want to see the Court overturn Roe, with Evangelicals the most supportive group (44%). With lots of folks unsure, there is no single demographic group, including Republicans (39%), with a majority of support for overturning the 1973 decision.