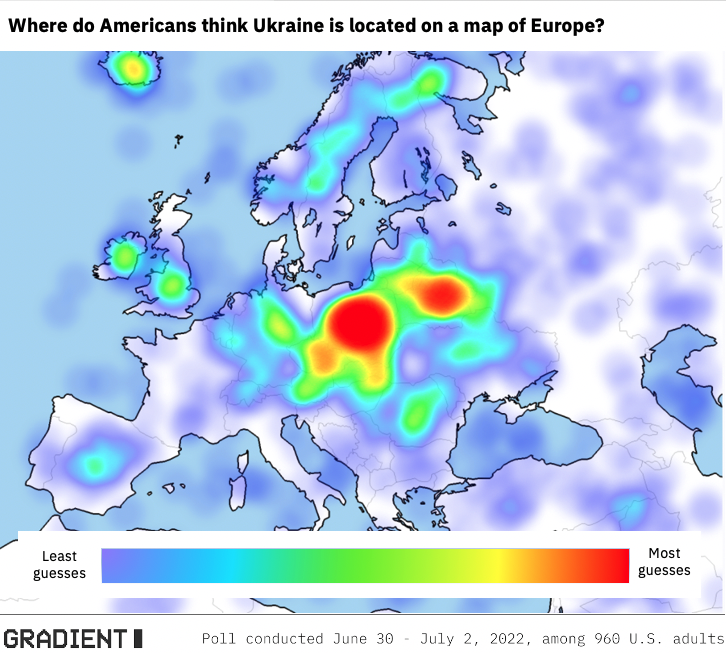 What’s that on the map? It’s a bird… it’s a plane… it’s Ukraine? Spoiler alert: It’s probably not Ukraine if you’re 73% of Americans trying to find it on a map. In the spirit of the global economy (not to make fun of people, Scout’s honor), we asked Americans to identify thirteen countries across Africa, Asia, and Europe. If you weren’t convinced of America’s public education crisis, you will be now: Respondents performed poorly across the board, with only 12% correctly identifying the Netherlands or Taiwan, 17% locating Nigeria, and… you get the idea.

Good news? There was one country a majority (66%) of Americans could identify. Bad news? It was Russia 🙄. Since Russia occupies 40% of Europe’s land mass and an even higher concentration of the world’s despotic leaders, let’s just say they had an edge.

P.S. For the 73% of you still wondering where Ukraine is, we hope the below map helps. 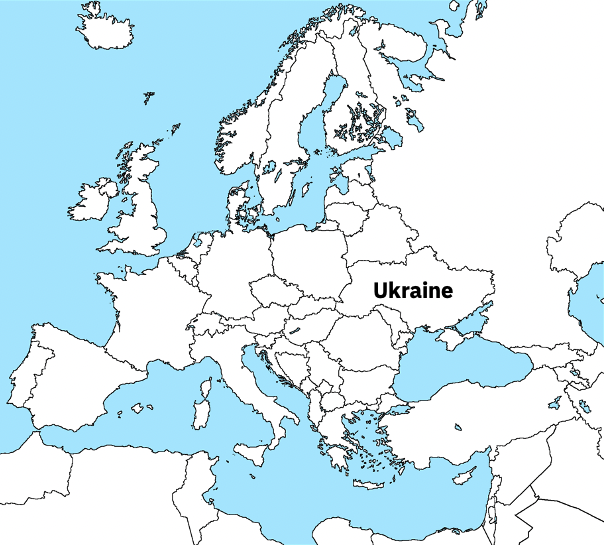