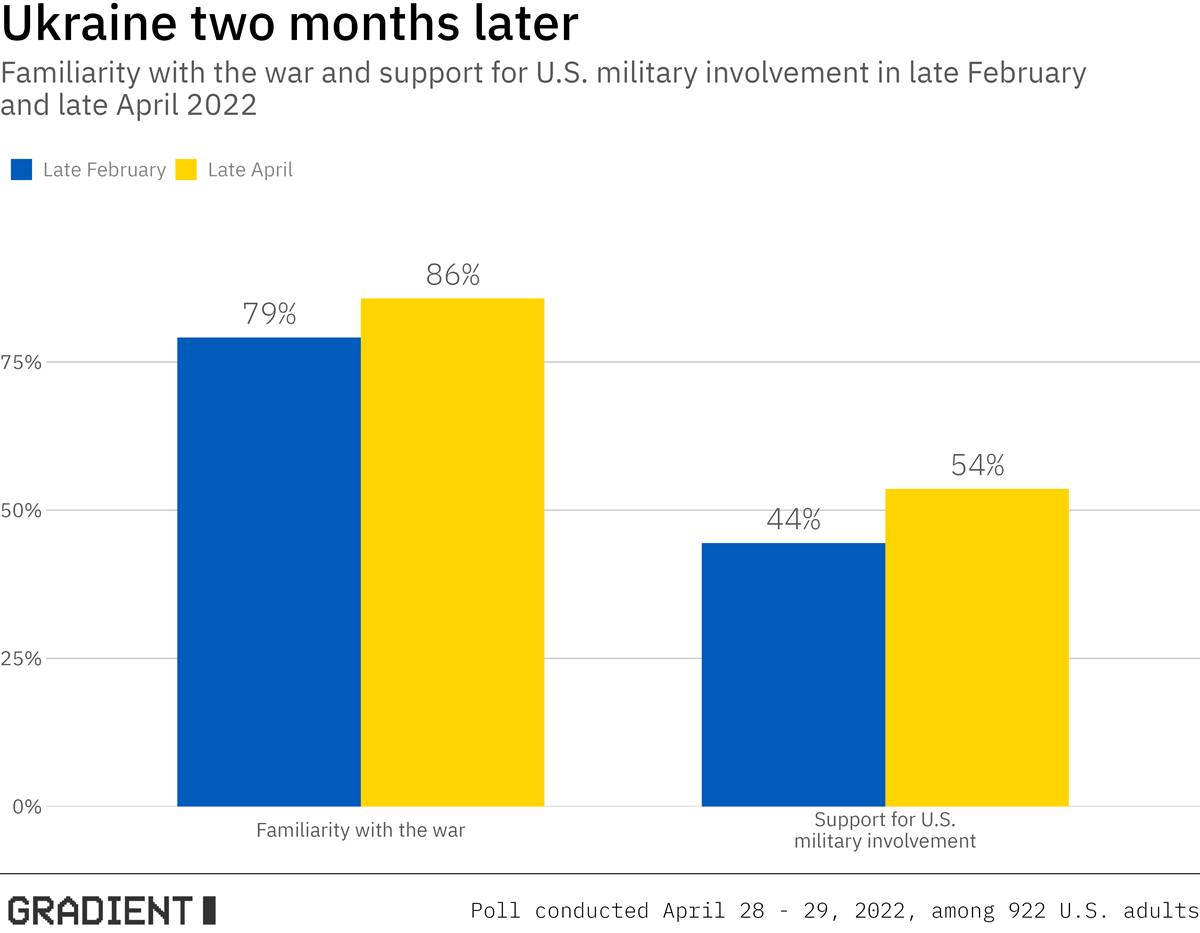 Back in late February we asked Americans whether they’d support U.S. military involvement in Ukraine, and less than half were supportive. Now, two months later, a majority (53%) support military involvement. But what does “military involvement” entail, exactly? Among those who support involvement, 88% would enforce a no-fly-zone such that Russian aircraft are shot down if they enter, and 74% would send in U.S. ground troops to fight for Ukraine. “Involvement” is an understatement.

Given that the war in Afghanistan was old enough to vote and nearly old enough to drink by the time the U.S. withdrew, it also seemed prudent to ask how much longer Americans think the Russia/Ukraine war will last. Sixty-seven percent think the war will be over in less than a year, while a pessimistic 2% predict it’ll last more than 20 years. And we know one guy, you guessed it, who thinks the whole thing is a conspiracy theory. Putin is secretly the Six Flags guy.