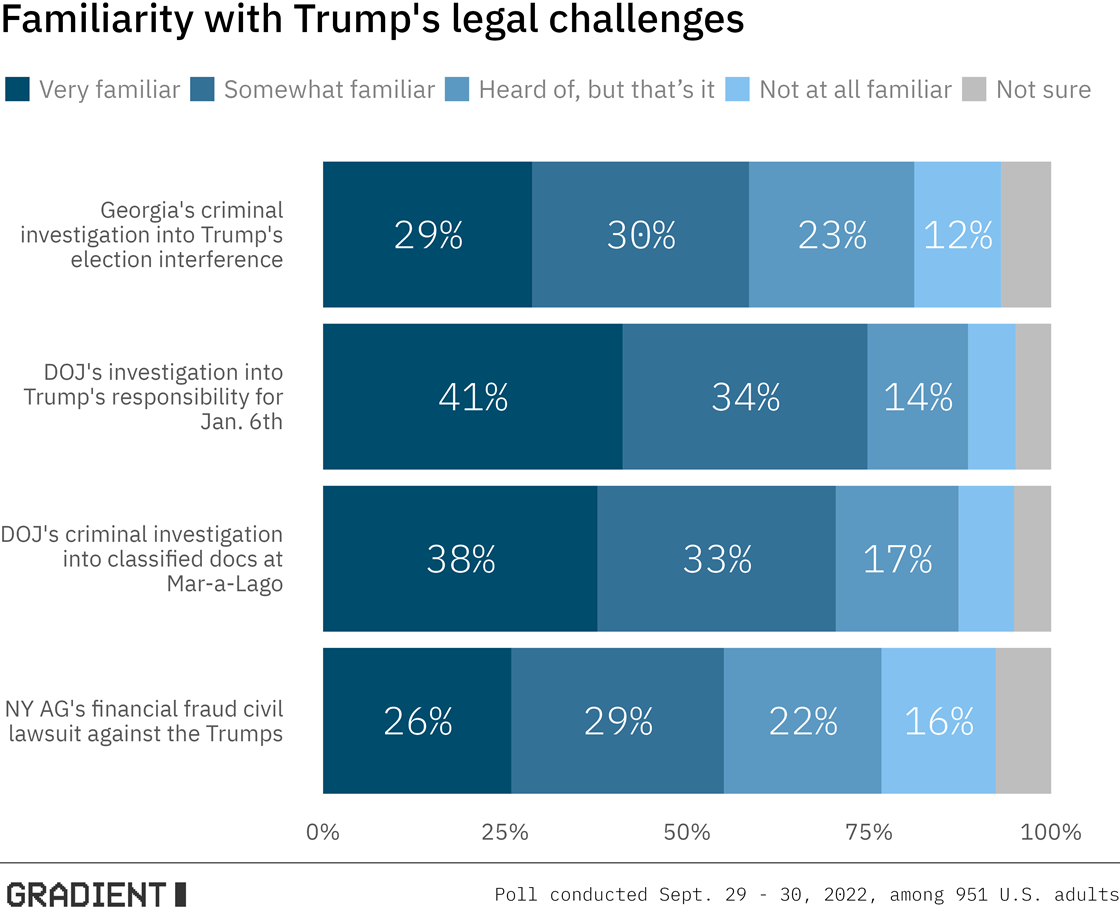 In recent months, investigators have dialed up their (public) legal scrutiny of former President Donald Trump. In early August, federal agents executed a search warrant at Trump’s Mar-a-Lago property and left the premises with so many documents allegedly mishandled by the former president that we really hope they grabbed a cart instead of just a basket.

Only a month later, New York Attorney General Letitia James announced a broad, civil lawsuit, including a $250 million penalty. Throw in Georgia’s criminal probe of Trump’s interference in the 2020 presidential election, the January 6th Committee’s impending criminal referral, and the fact that his own attorney is lawyering up, and, well, it’s safe to say that it’s been a terrible, horrible, no good, very bad couple of months for 45.

Considering the unprecedented (or did we retire that word in 2020?) events of January 6th and search of a former president’s home, it probably comes as no surprise that Americans are aware of the legal proceedings. A large majority of Americans are at least somewhat familiar with federal investigations into Trump’s responsibility for the January 6th attack on the Capitol (75%) and his mishandling of classified documents (71%).

The (slightly) less explosive legal cases didn’t escape the notice of Americans, either: More than half are at least somewhat familiar with Georgia’s criminal investigation of 2020 election interference (59%) and Attorney General Letitia James’s lawsuit against Trump (55%). With so much attention on the man, he’d probably have a lot of Twitter followers if he ever decided to make an account.

But are the legal investigations—at least according to the American people—justified? 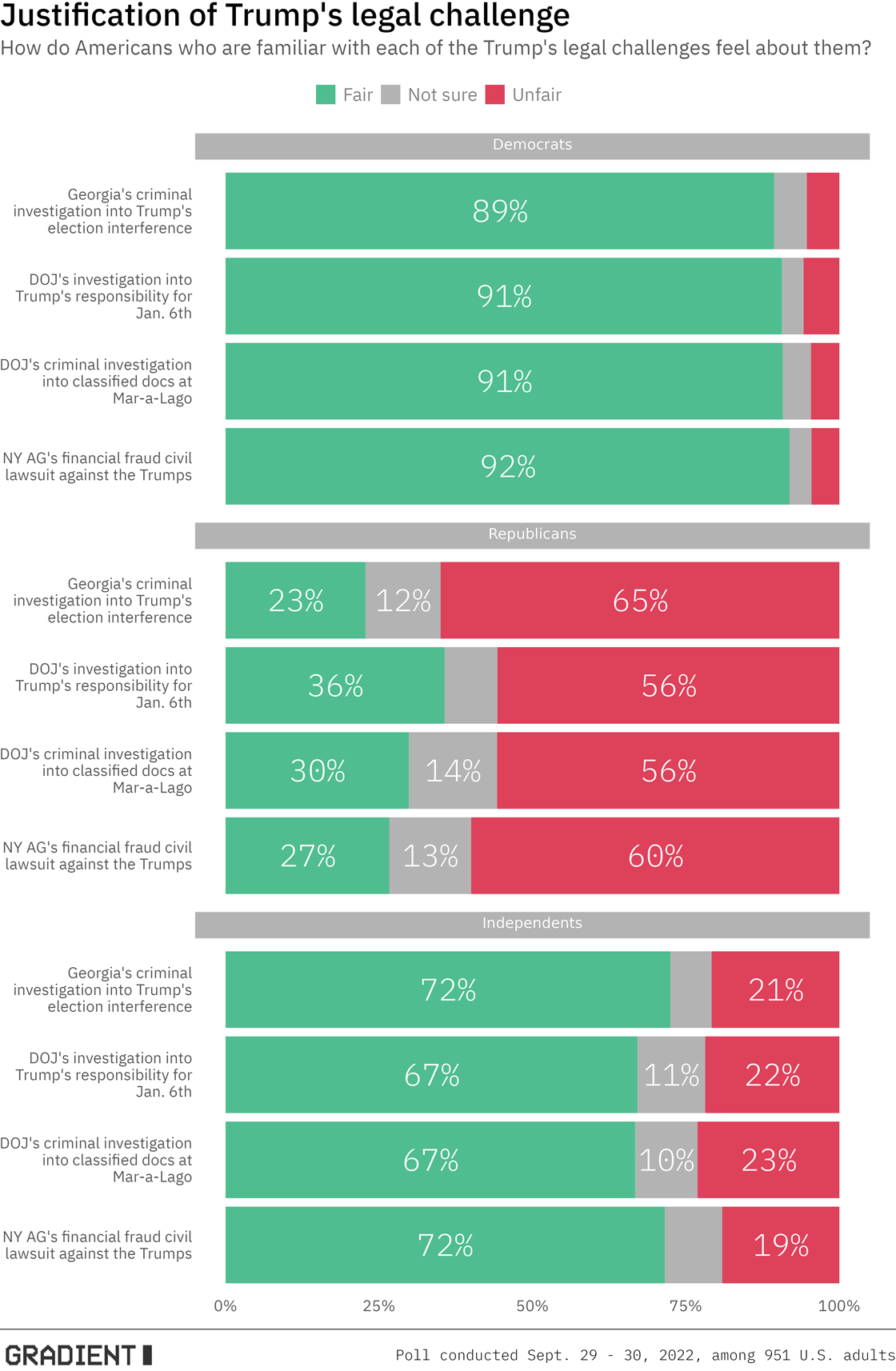 Among individuals who are somewhat or very familiar with the investigation in question, roughly two-thirds think each investigation is being handled fairly. But that overall consensus masks a divide as American as pumpkin apple pie. A majority of Republicans believe all four investigations into Trump are unfair, while roughly 90% of Democrats feel the opposite.

Of all the investigations, Republicans are most likely to believe the investigation into Trump’s role on January 6th is fair (36%), yet even among that sliver of Republicans, 35% would still vote for Trump if the 2024 presidential election were held today. Presidents are also able to avoid indictments just by thinking about them, right?