We All Scream for Streaming 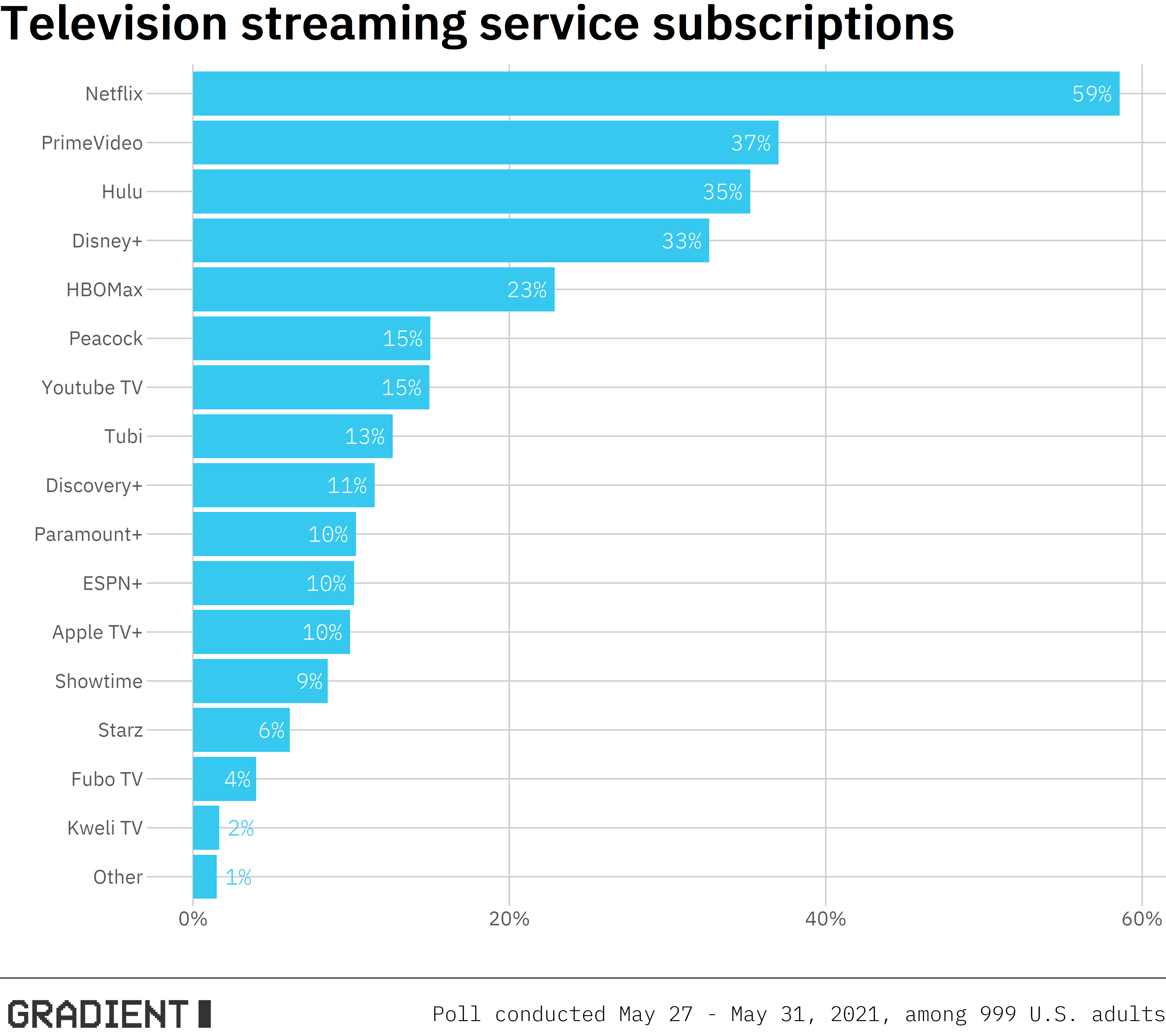 Video streaming might feel familiar and practiced. But in the not-so-distant past, we drove to Blockbuster to rent flimsy plastic boxes with even flimsier film inside. And while there’s no denying the milestone that is one's first dinner and a movie, the convenience, availability, and breadth of on-demand streaming content means less bottomless popcorn and more DiGiorno. In fact, 76% of Americans subscribe to at least one video streaming service. 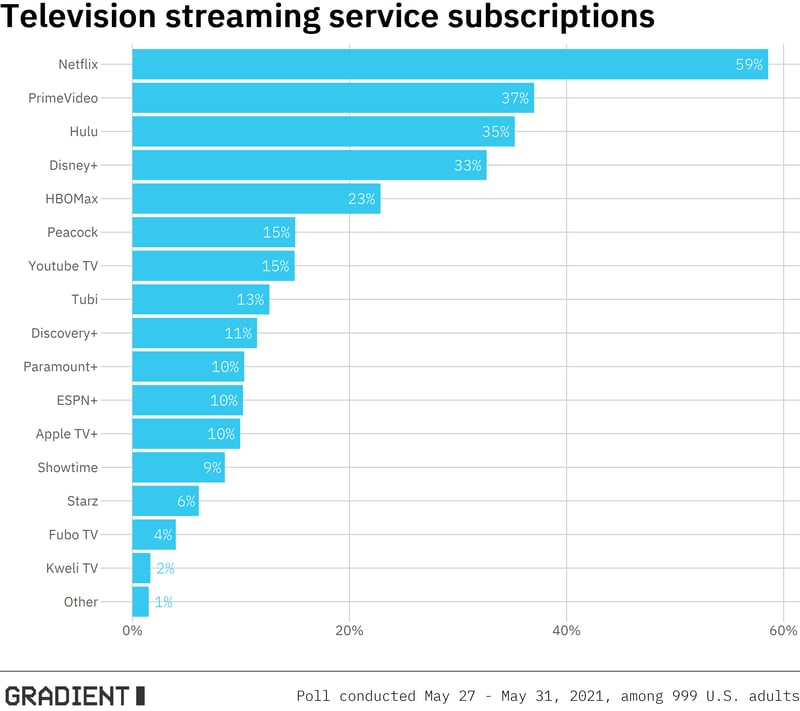 What’s more American than having just about every form of entertainment at your fingertips? (The correct answer is owning multiple La-Z-Boy chairs, for the record). The average streaming service patron subscribes to almost 4 different platforms. Americans refuse to be victims of FOMO, and there’s just no other way to dive into the dystopian landscape of Handmaid’s Tale, protect yourself from Mare of Easttown spoilers, and be prepared for Stranger Things season 4 to drop.

Those subscription fees wrack up a hefty monthly bill, but Americans are protective with their login info – only one in three shares their account credentials with people outside their household.

Netflix is the most popular streaming service by far – 59% of American streamers have a subscription. While roughly one in three subscribe to Amazon’s PrimeVideo (37%), Hulu (35%), or Disney+ (33%), and 12% subscribe to all four of the most popular platforms simultaneously. Wouldn’t mind an invite to the home theater of those 12% – it’s probably loaded with La-Z-Boys. 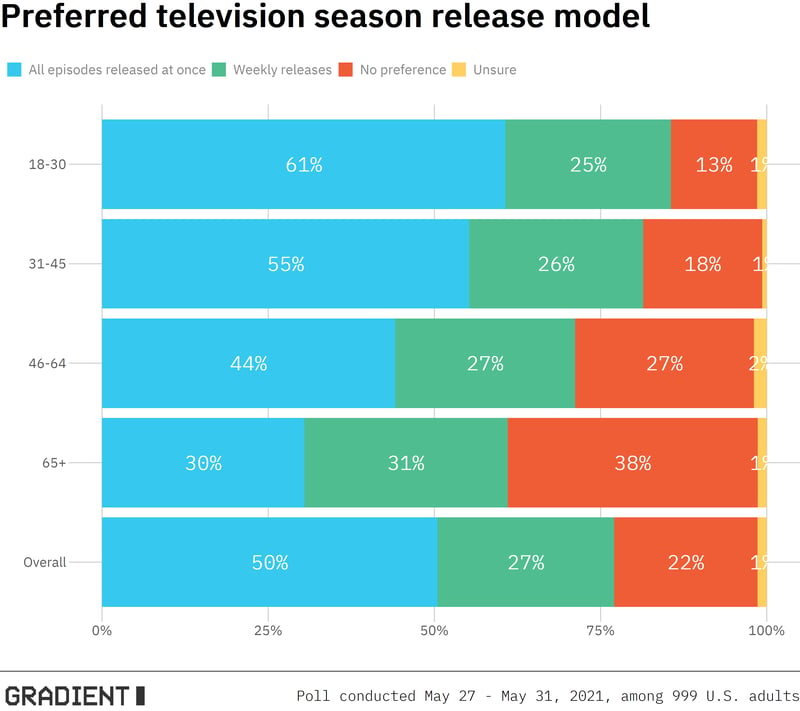 After Netflix popularized the binge-friendly full season release model for their original series, some streaming competitors have since returned to the cable-style weekly release cadence. But subscribers are almost twice as likely to prefer full-season releases (50%) to a weekly release cadence (27%). Younger American streamers are significantly more likely to seek the instant gratification of full season releases (61%) and those older than 65 are significantly more likely to express ambivalence (38%) compared to Americans overall.

Demand for full season releases shouldn’t come as a surprise considering 64% of streamers spend 2 or more hours watching TV in an average sitting. Americans aren’t merely content to binge sugar-dense sodas, calorie-packed fast food, and indulge every app on their smartphones – unless that smartphone is loaded with a binge-ready season of TV.