We’re Sorry, Judge Jackson, We Are (Maybe) for Real 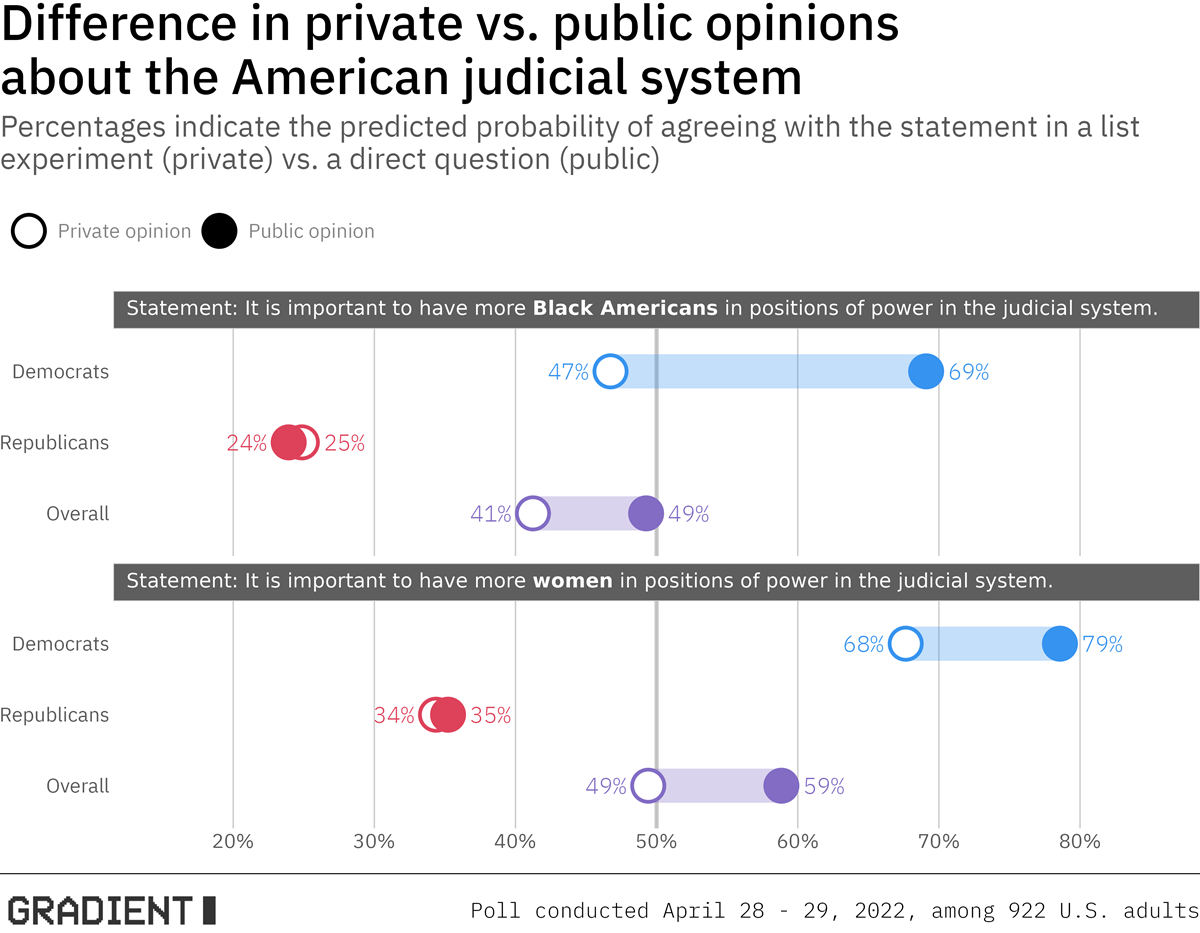 Now that the COVID-19 pandemic is totally receding, the Senate created an unprecedented moment all on its own and confirmed Judge Ketanji Brown Jackson as the first Black woman to serve on the Supreme Court. After only 233 years. Now that’s progress! Overall, more than three-quarters of Americans (78%) support Judge Jackson’s confirmation and 73% agree that diversity should be considered when choosing public officials.

But what Americans publicly profess versus privately think can be subject to social-desirability bias; you know, like telling your doctor obviously you have no more than three drinks a week—but really you knock back three daily (hi, Uncle Jerry!).

To measure Americans’ true thoughts about diversity in the judicial system, we used a list experiment; think of it as a methodological confessional booth.

Republicans, apparently, don’t have much to confess: The difference between their publicly claimed versus privately held opinions is so small they’ll probably ask for a recount. About one in four Republicans (24%) publicly admit it's important to have more Black Americans in positions of power in the judicial system—the same proportion who agree with the statement, even when guaranteed privacy (25%).

What’s that sound? That’s the sound of “Shame, shame, shame” for Democrats, who seem to have turned “Yes, We Can” into “No, We Don’t.” The modeled data show a strong social-desirability bias and the sad truth that 🎶everyone’s a little racist 🎶: While 69% of Democrats publicly agree it’s important to have more Black Americans in positions of power in the judicial system, that number decreases to under half (47%) when responding to the statement privately. I’m sorry, Dems, but are you for real? Apparently, ten times out of nine, you're the ones who are lyin' fine.