What Puts the D-I-E in Diet? 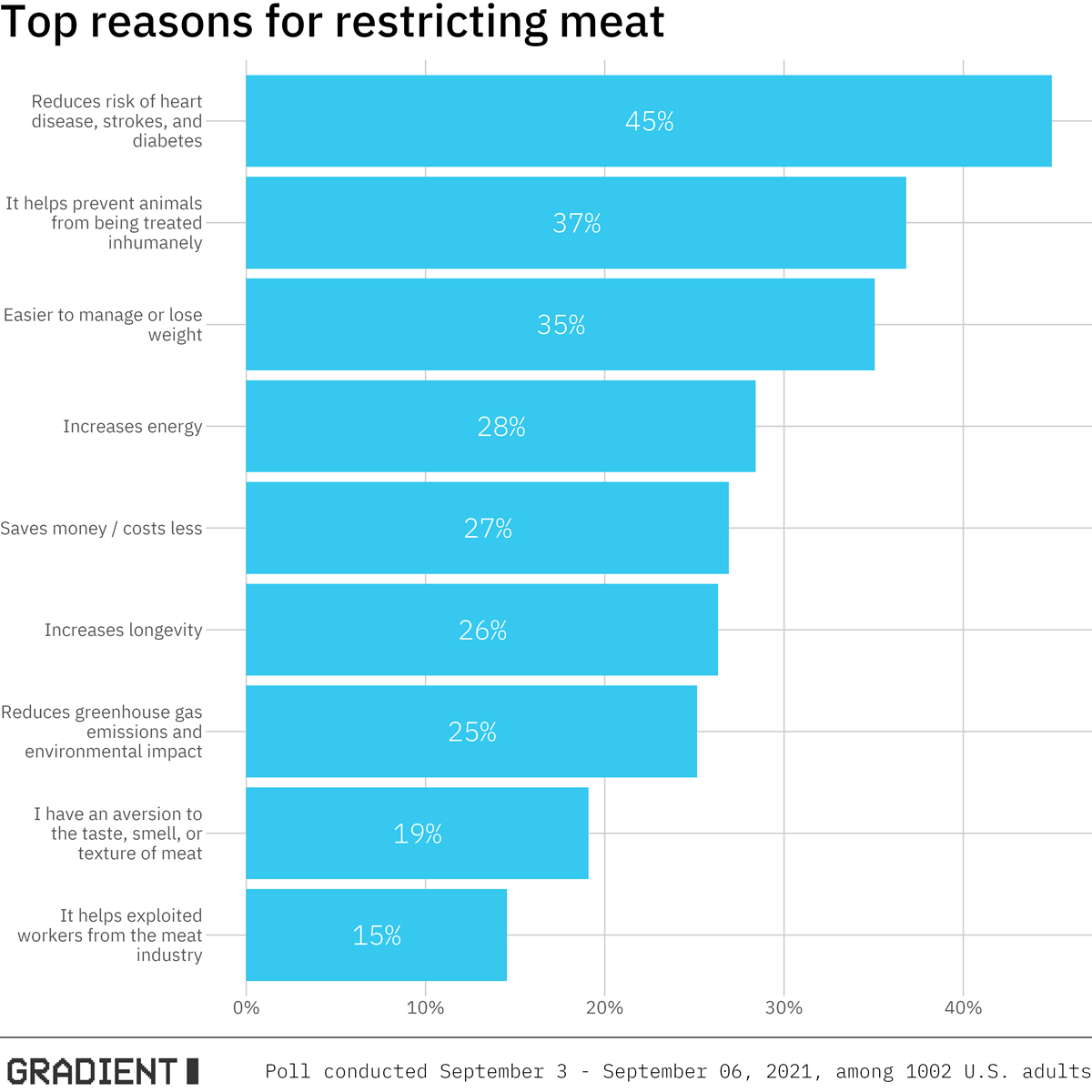 Walking into a Burger King today is a rather different experience than it was just a few short years ago. It’s hard to say what time travelers from 2018 would be most surprised to see: masked patrons and cashierless kiosks or a plant-based, Impossible™ Whopper on the menu. But for a short period of time in 2019, demand for plant-based meat exceeded supply – leaving behind a devastating wake of empty stomachs.

Despite the availability of plant-based alternatives to meats, vegetarians and vegans remain few in number – each accounting for just 3% of the adult population. Another 2% of Americans identify as pescatarian. But the vast majority of Americans (70%) do not restrict meat from their diets. Of the nearly 1 in 3 Americans (30%) who do, the majority identify as flexitarian (20% of all adults) – eating mostly vegetarian except on occasions or when circumstances make meat unavoidable.

Of those who moderate their meat intake, 51% hold moral aversions to consuming meat, including the humane treatment of animals (37%), and reducing environmental impact (25%). But the most important perceived benefit of reducing meat consumption? Health. More than three in four veggie-inclined cite at least one health reason (76%) – the most common being that it reduces risk of heart disease, strokes, and diabetes (45%) and it is easier to manage or lose weight (35%).

Vegetarians and vegans alike might be onto something. Non-meat eaters report significantly more energy and higher levels of satisfaction with their diet compared to carnivores. They are more likely to report feeling energetic and vigorous when doing everyday physical activities. Not to mention, 80% are somewhat or very satisfied with their diets – a significantly higher proportion than the 66% of carnivores. 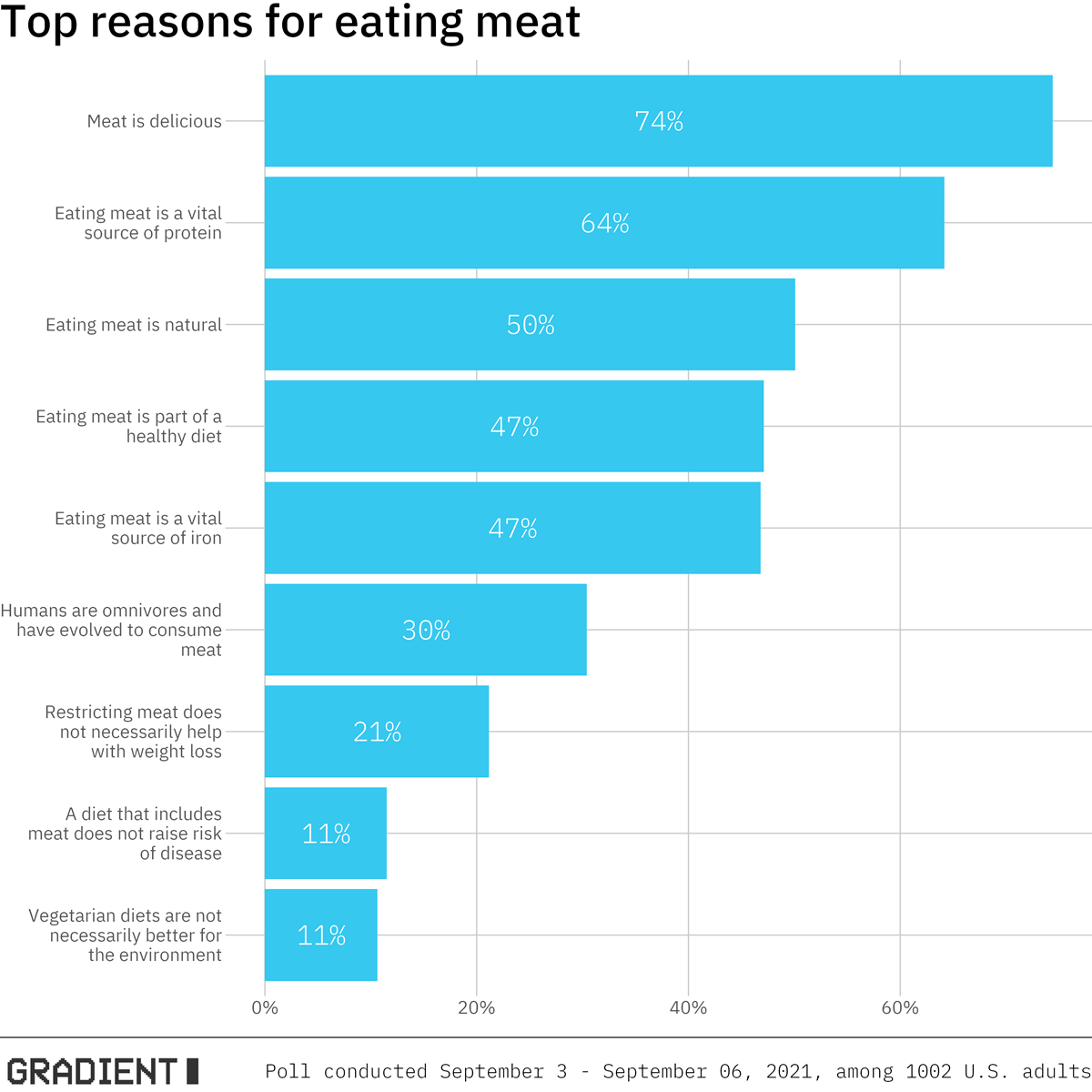 Considering the perceived benefits of a plant-focused diet, why do Americans still eat meat? ‘Cuz it’s delicious, say 74% of carnivores. Still, some meat eaters are quick to cite more than taste, like high protein and iron content (64% and 47%, respectively). Despite that, 45% of Americans who eat meat are open to trying restrictions on their intake, including 30% who would consider flexing into flexitarianism.

Given this openness, plan for even more awkward conversations at the holidays this year.