What to Expect When You’re Expecting Inflation 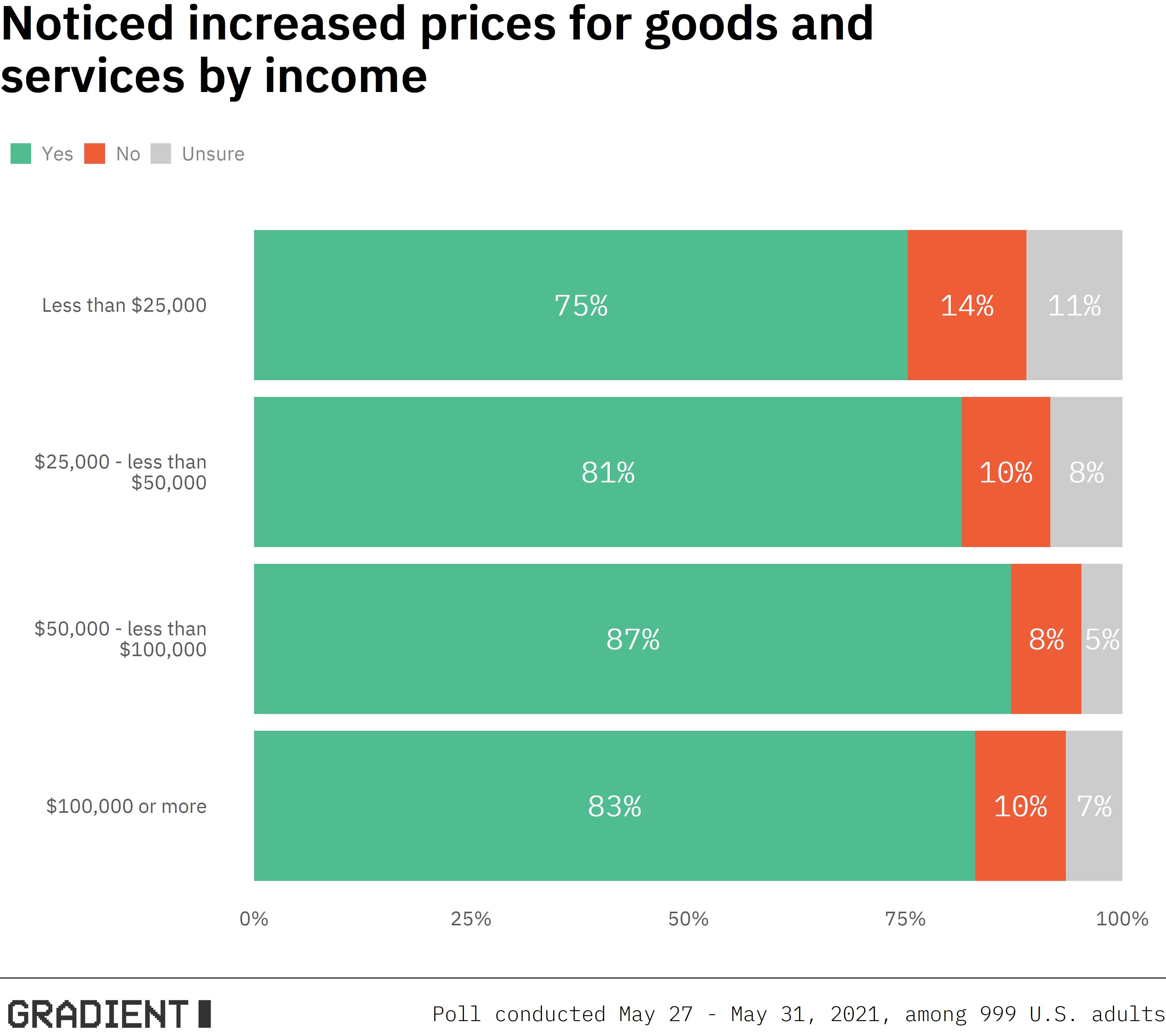 Death, taxes, and...buying stuff to stay alive. All of these are unavoidable (unless you’re completely off the grid, in which case, thanks for somehow checking out Trendlines). As a buyer of stuff, you recently may have had to put a bit more of your pay/stimulus check into your gas tank or noticed a slightly higher grocery bill because inflation is rising faster than at any point since 2008. 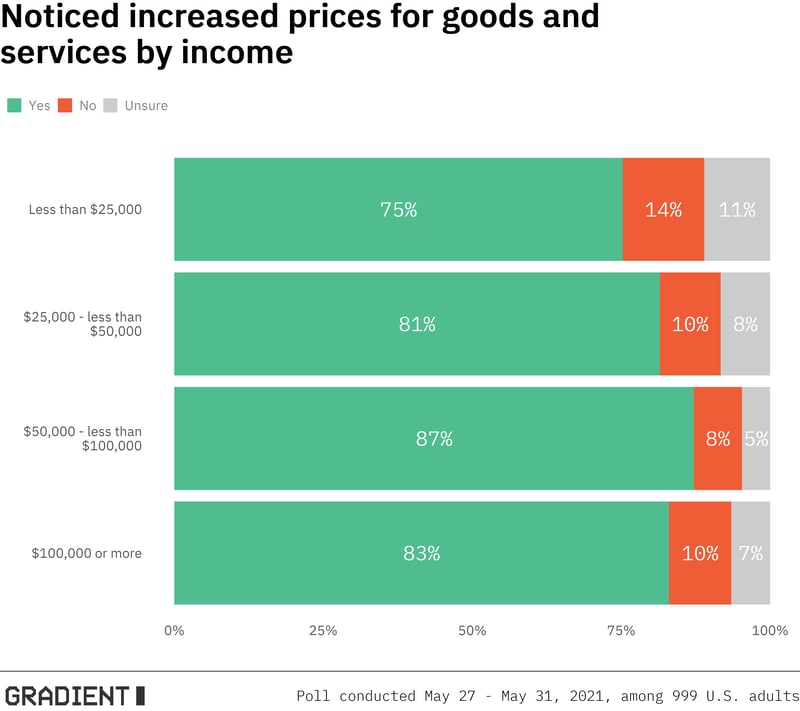 82% of Americans say that they have noticed the recent increase in prices for consumer goods. Middle-income households are particularly likely to be feeling the inflation heat; those with incomes between $50k-100k are 5% more likely than the average American to have noticed an increase. Interestingly, Americans from low-income households are the least likely to notice any change, though 3 in 4 still did. 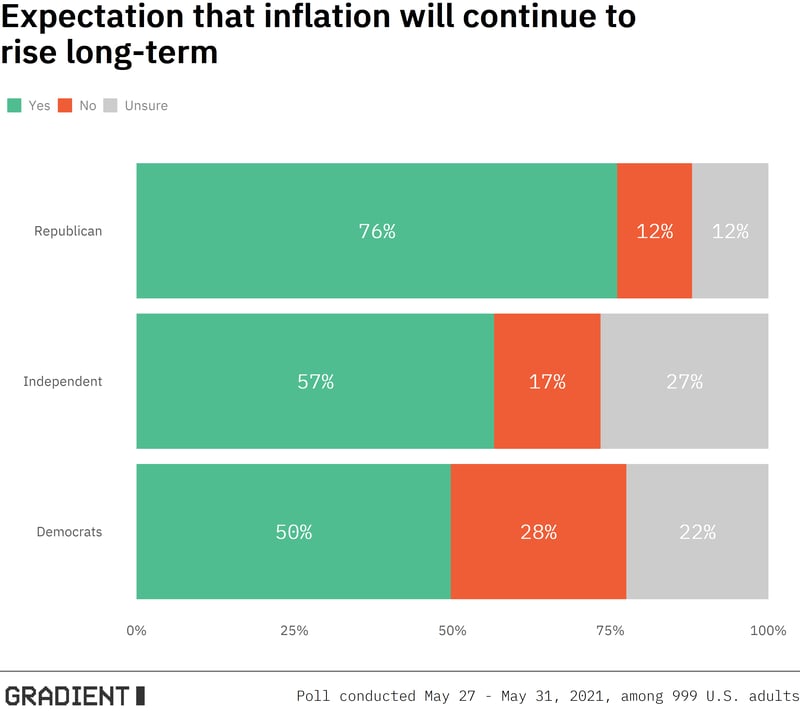 Overall, 60% of Americans think inflation will continue to rise in the long term.

Of course, there is a good ol’ fashioned American partisan divide, with Republicans (76%) much more likely to be worried about long-term inflation than Democrats (50%). In definitely-completely-unrelated news, Democrats currently control Congress and the White House.

Thanks to the ever curious Trendlines subscriber who recommended we run a story on inflation. Do you have an idea for the next big Trendlines story? If so, let’s start a conversation at this link.