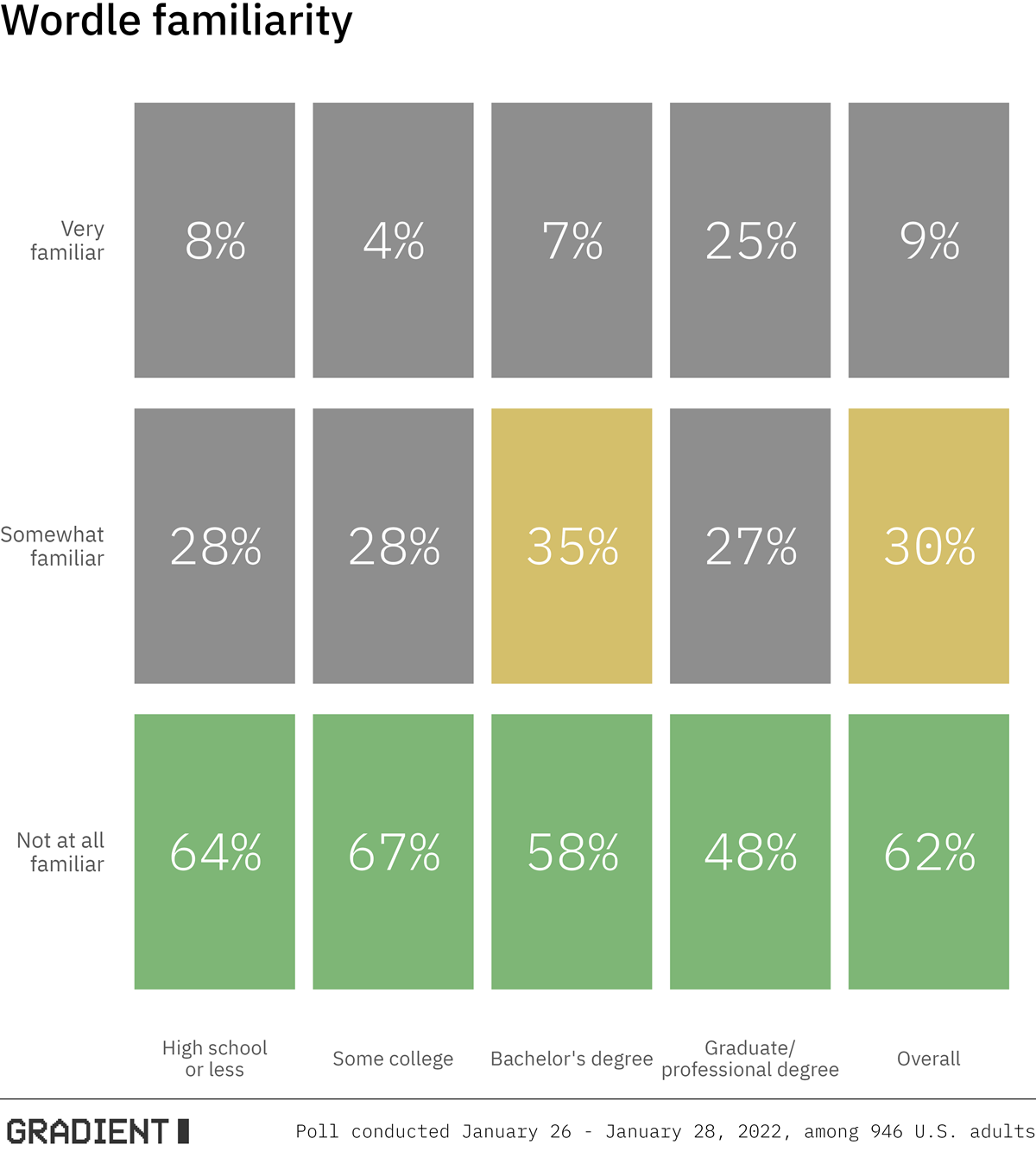 If you’ve spent any of the last two weeks within visible range of any sort of social media, you’ve likely seen a post looking something like this:

The online game Wordle allows users six chances to guess a five-letter word, giving small hints about letter placement after each guess. A passing fad? Maybe: Among those who are familiar with it, 51% think the game will only remain popular for four more weeks or fewer. For now, the game is only at all familiar to 38% of the population and played by an insufferable 13%. But some of those 13% must have pretty deep pockets, since it was announced that The New York Times bought Wordle for more than a million dollars this week! What’s a five-letter word for paywall?