When You Have FOMO of FOMO 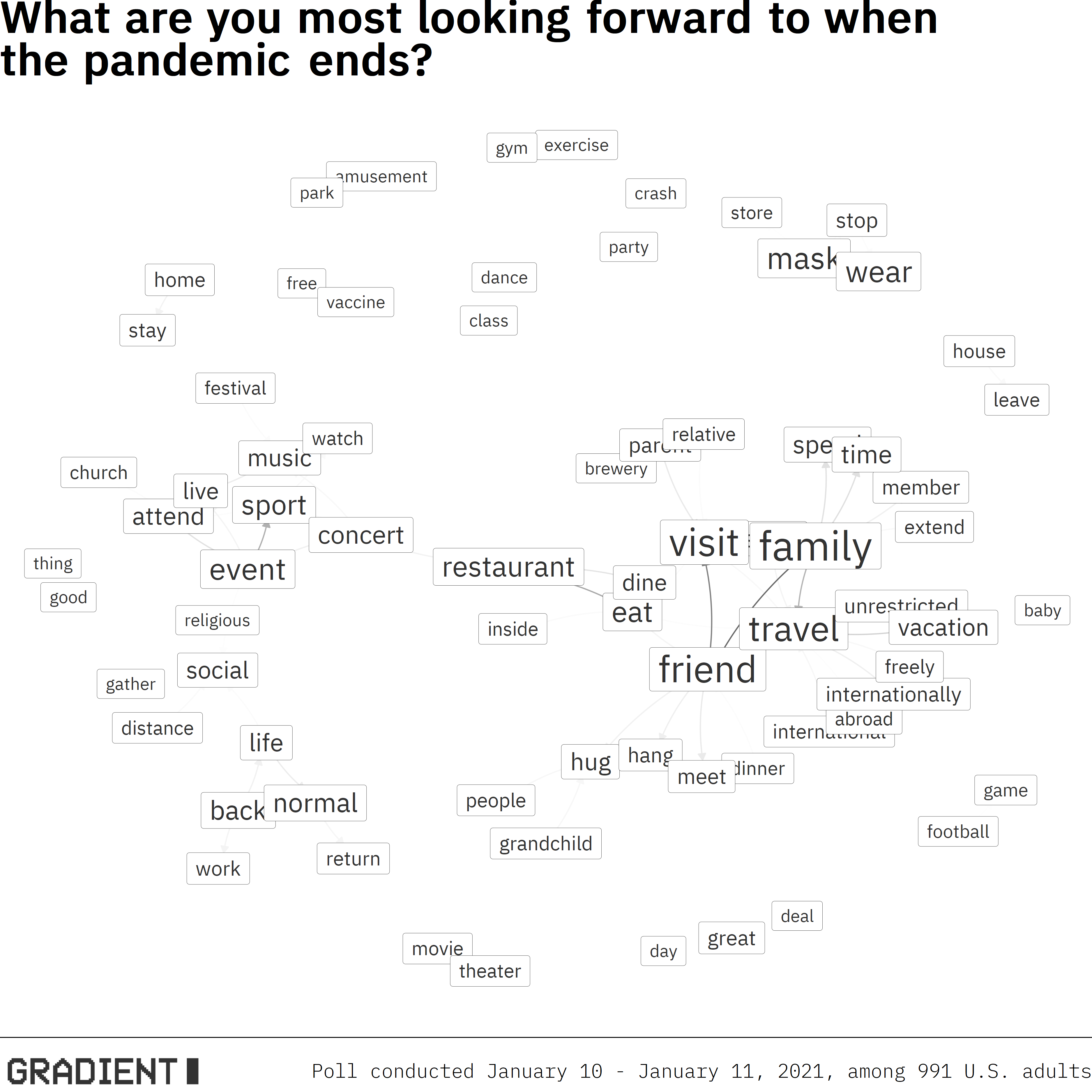 Congrats! Looks like the pandemic has made us all doctors and epidemiologists with degrees from WebMD. But it turns out the most common symptoms of COVID-19 are more psychological than biological: extreme boredom, social awkwardness, and the opposite of FOMO: Fear Of Not Remembering How To Have Fun. 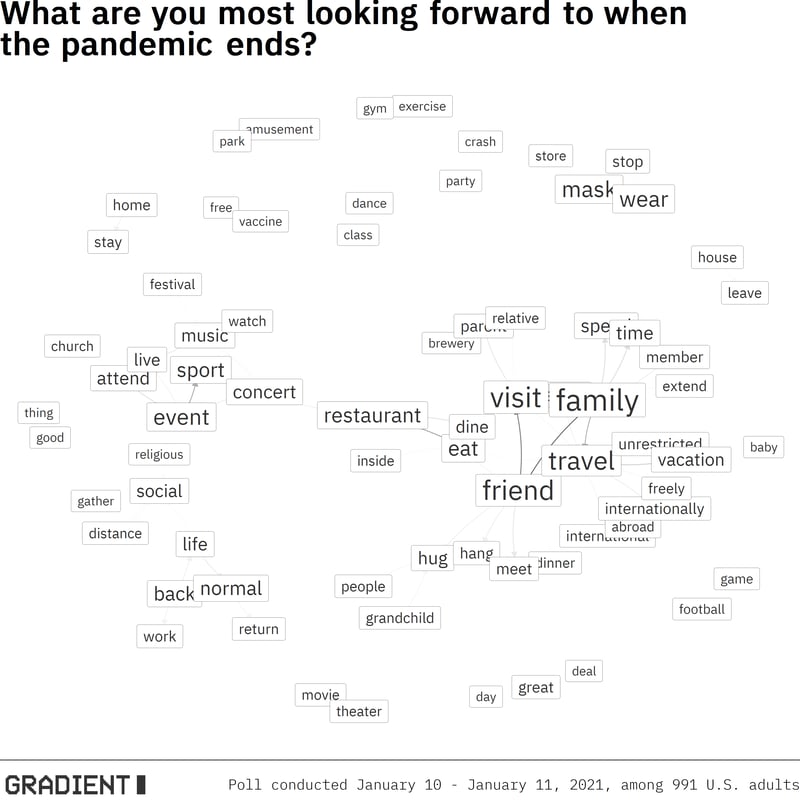 When Americans ranked activities that they are “most eager” to “least eager" to resume, visiting family and friends, traveling, eating in public, hugging, and social events were top of the list. Turns out screen time isn’t cutting it as quality social time.

Americans aged 31-45 are most ready for the return of in-person education (21% ranked it in their top three, compared to 13% overall). Looks like parents are ready for PTA to be an after school commitment again, instead of an involuntary “Parents pretending to be Teachers Association.”

Urbanites are desperate for city living to resume —  including attending sporting events, working out at gyms (Peloton just can’t compete with SoulCycle therapy), and using public transportation. They’re much less likely than those in rural areas to miss visiting family (42%, compared to 53%). Sorry mom, stuck in traffic (...the bottomless traffic of mimosas).