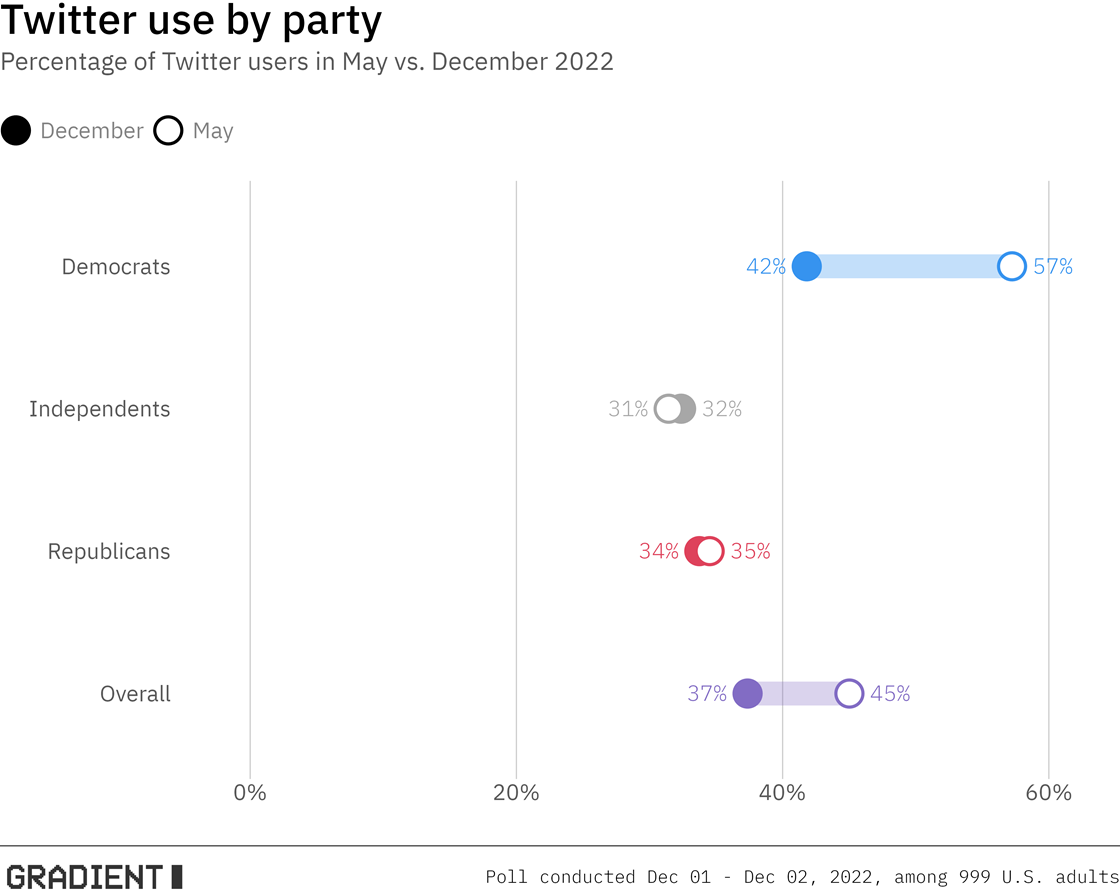 Things have been pretty eventful in TwitterLand since Elon Musk took over the company on October 28th: The mass firings, the new paid subscription service (or maybe not?), banning parody accounts, the not-so-Twiumphant return of an antisemetic multi-platinum rapper (who was quickly banned for antisemitism), and Musk deciding to reinstate the man with the all-time “Tweeting-when-you-should-be-presidenting” record, to name a few.

But not everybody thinks the new CEO, of South African origin, is taking the company south (if you think that was a stretch, just wait until we start talking about Santa’s North Pole origins). A slight majority (53%) of Americans who are aware of Musk’s takeover think it has been a good thing for Twitter so far.

But given the Twurbulance, has the new management been good for everybody? A recent analysis by The Washington Post found that high-profile liberal lawmakers such as Sen. Elizabeth Warren (D-MA), Rep. Adam Schiff (D-CA), and Sen. Bernie Sanders (I-VT) all lost around 100,000 followers a few weeks into Musk’s Twitter takeover. By contrast, right-wing lawmakers Rep. Marjorie Taylor Greene (R-GA) and Rep. Jim Jordan (R-OH) each gained over 300,000 followers.

Have Democratic tweeters simply migrated south (but not to South Africa) for the Twinter? We asked all about Twitter earlier this year, so we decided to check in on the nest:

The share of Democrats who use Twitter has dropped from 57% in May to 42% in December. Democrats are egging on a drop in overall usage, as the proportion of Independents and Republicans using what has sometimes affectionately been called “the hellsite” has remained stable. And remember that slight overall majority who think the Twitter takeover has been good? If not, consult your doctor because that was like two paragraphs ago. Republicans (80%) are much more likely than Democrats (35%) to say Musk’s takeover has been a good thing.

But if people are leaving Twitter, where is the flock headed? 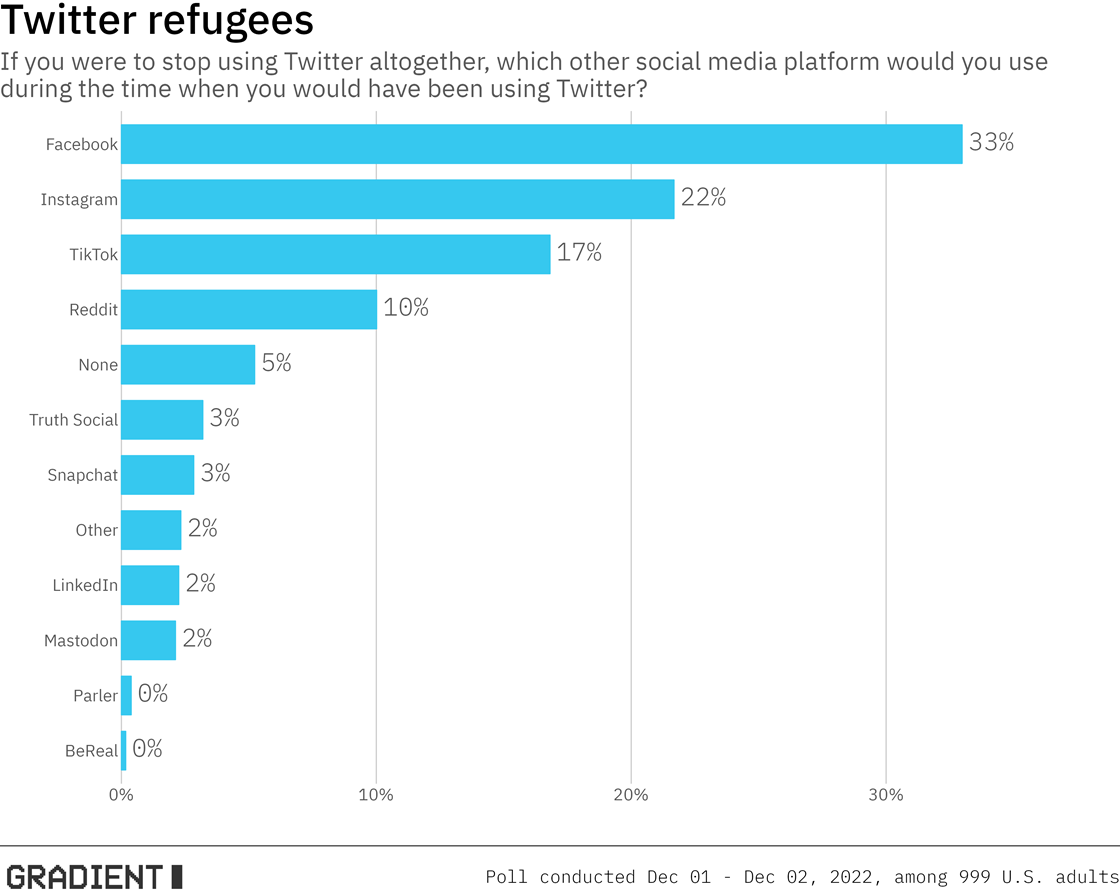 Buckle up, Zuckerberg, a majority of Twitter refugees (55%) are looking to Meta (which owns Facebook and Instagram) to welcome them with open arms. Meanwhile, we’re wondering if the 5% who will now avoid social media altogether can share the Tweaning of life.