Will Dunk for Food 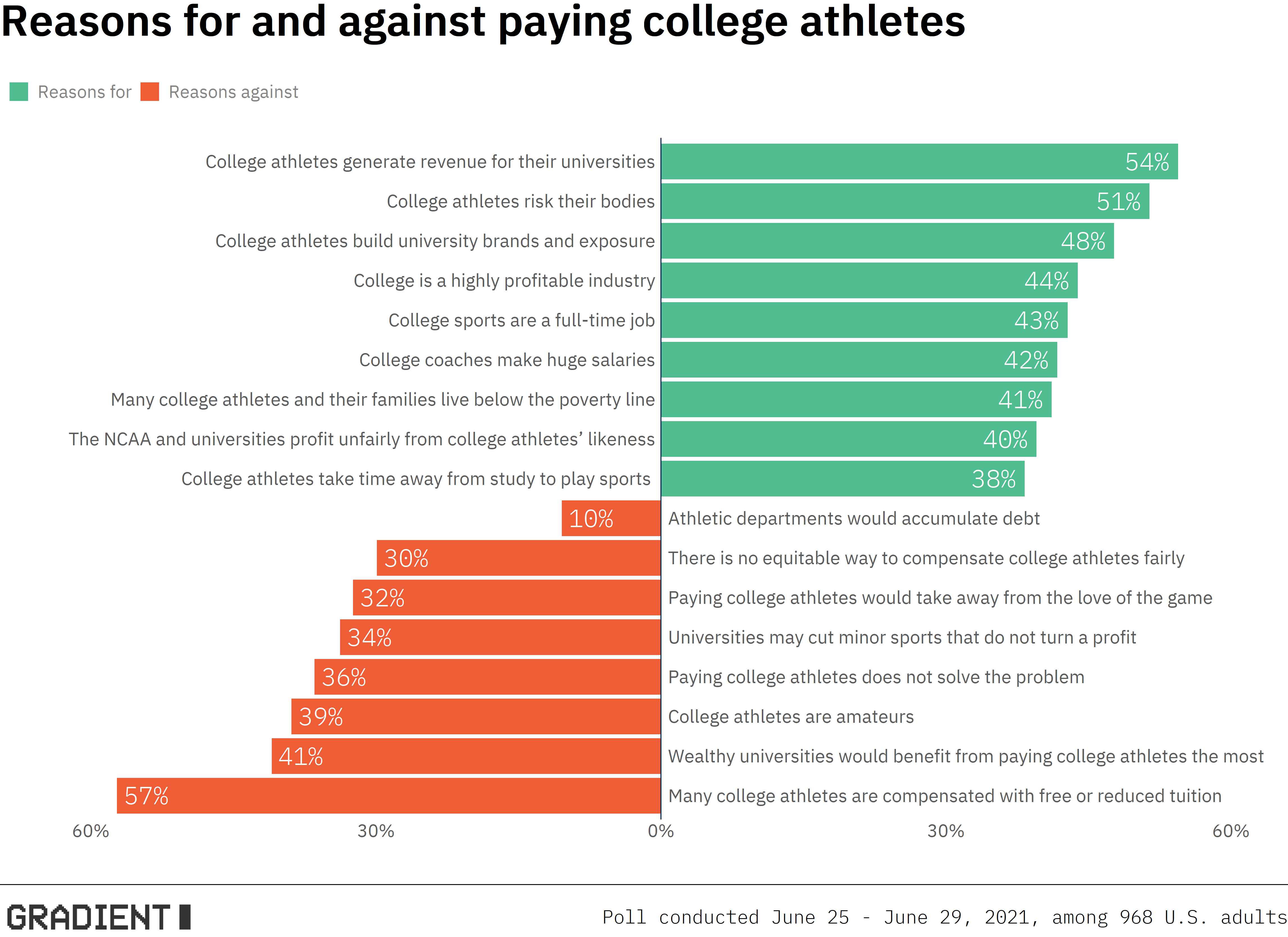 On Monday, June 21st, the Supreme Court of the United States unanimously ruled that the body governing college sports, the National Collegiate Athletic Association (NCAA), cannot prohibit universities from providing athletes with certain forms of education-related benefits. The decision paves the way for college athletes to profit from their name, image, and likeness. 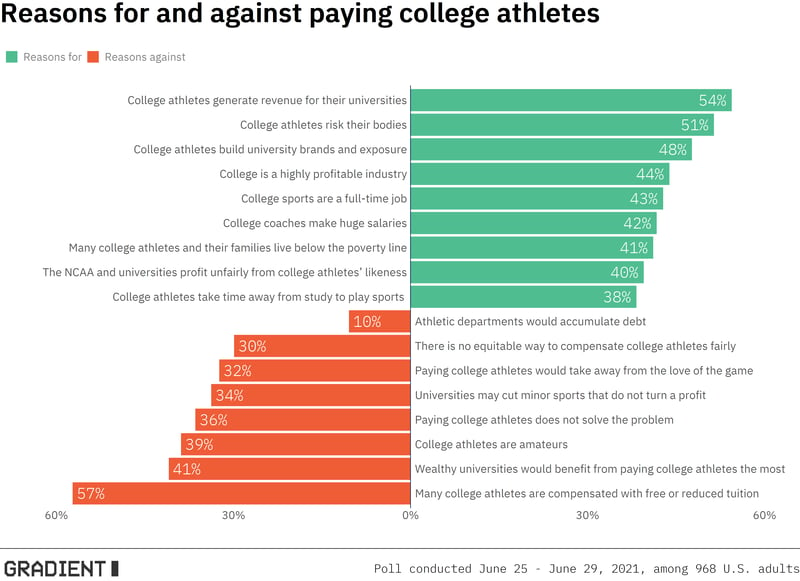 Despite the latest SCOTUS ruling, the path forward is anything but clear. Governors from 23 states have already signed legislation allowing college athletes to profit from their name, image, and likeness. But many more thorns have yet to be pruned. That got us wondering...what do Americans think college athletes should earn? 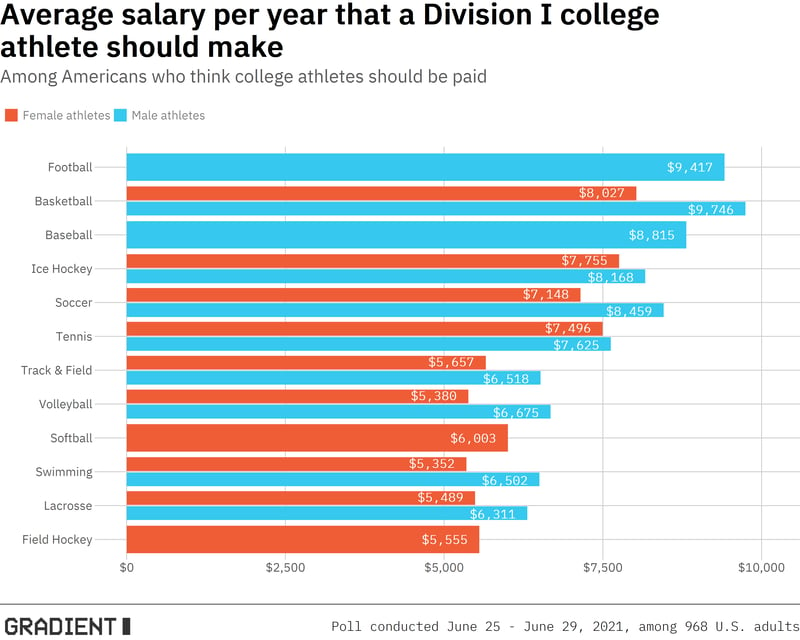 We posed the question: if student athletes were paid to play at their university, on average, how much should a Division I athlete make for each collegiate sport? Considering the entertainment spectacles that are March Madness and College Football Bowl Season, it’s not shocking that male athletes playing basketball and football ought to earn the most in the eyes of Americans.

Regardless of annual salary, you can expect college athletes to be headed to a commercial break near you.