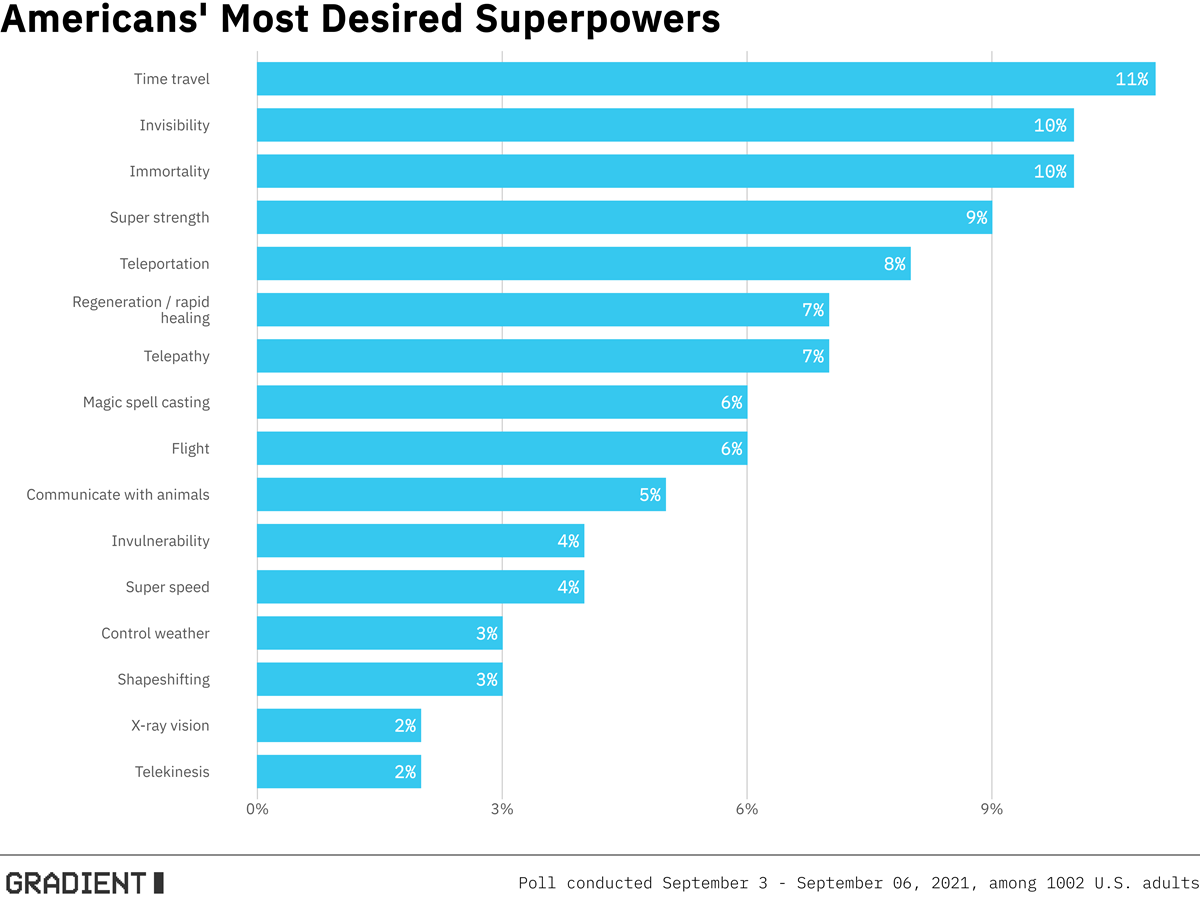 What would be your superhero origin story? If a film was made about it, would it be one of those ones where they spend half the movie showing you slowly discovering how to use your superpowers before you realize that the real power was inside you all along? (Those are the worst ones, just team up with Iron Man already.) When it comes to superpowers they’d like to have, it turns out Americans’ preferences are as diverse as a Cheesecake Factory menu.

The most desired superpowers are invisibility (11%), time travel (11%), and immortality (10%). So Americans want to activate God mode. Got it. Don’t worry, Wolverine, retractable claws are nice too.

When given a free-response option to describe the first action they would take with their new powers, Americans had some interesting (and heartbreaking) things to say: