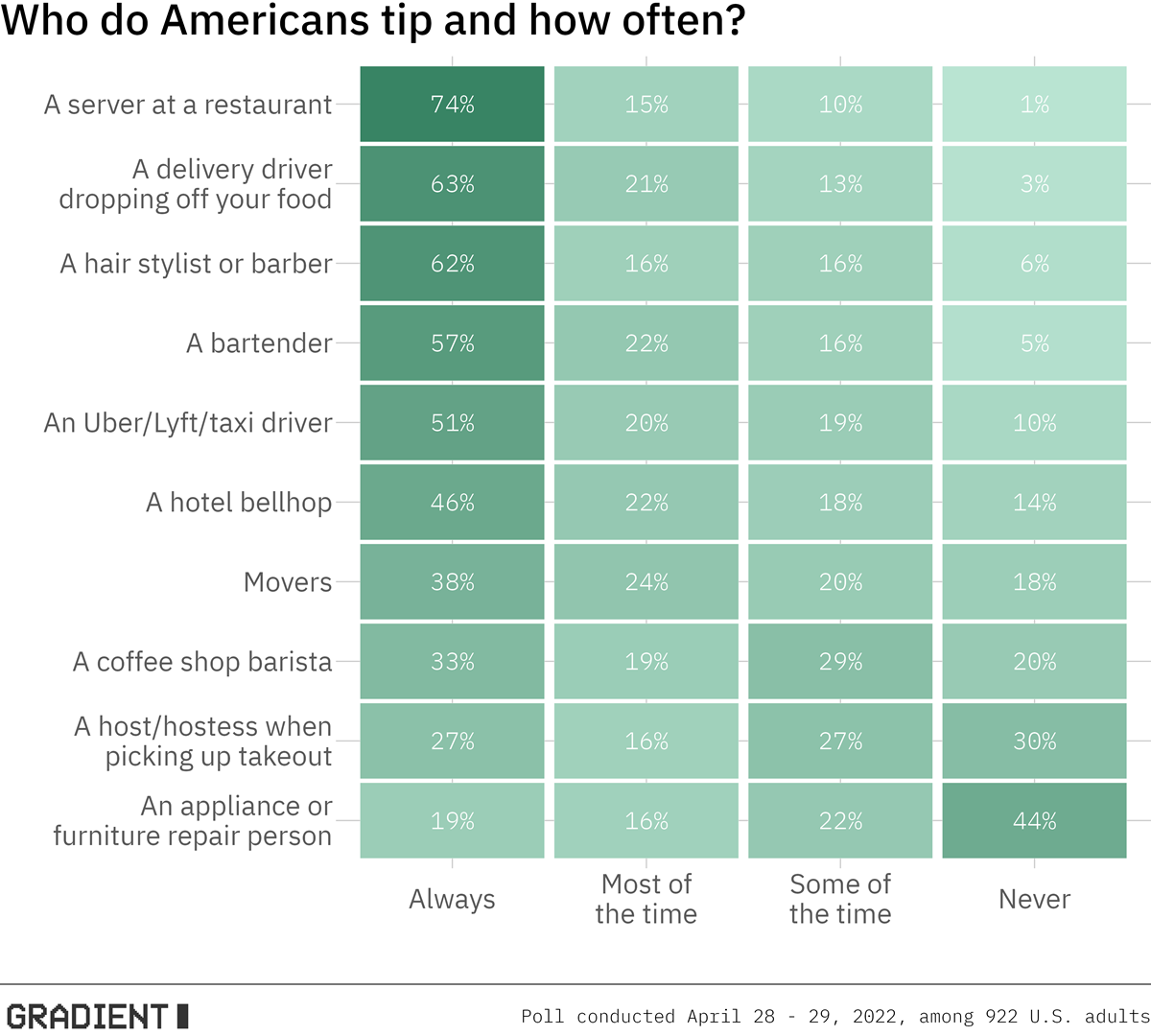 This post was originally sent to subscribers of Trendlines. See that email in its raw form here. See all our emails here. Sign up here to get Trendlines in your inbox for free!

It’s a debate as long-festering and divisive as Red Sox versus Yankees: To tip, or not to tip, on takeout? You’d think a pandemic where we’ve all relied on minimum-wage-making restaurant staff would encourage us all to answer that question affirmatively, but, like many things about the pandemic, you’d be wrong.

In fact, a full 30% of Americans say they never tip a restaurant host when picking up takeout. So much for the respect that comes with being an essential worker. Conversely, now that people can finally say goodbye to their Jason Momoa-style tresses, there is great (monetary) appreciation for hair stylists: Ninety-four percent of Americans tip their barbers at least some of the time.

Other than socialism and better food, the only difference between Americans and Europeans is tipping norms. True to Americans’ bootstrap-yourself-to-survival mentality, a mere 21% would like to abolish the institution of tipping in restaurants. The remainder would like to ensure that waiting tables remains a literal Hunger Games.

Life is all about choices (four of nine Supreme Court Justices agree!), and American diners are keen to enshrine that into the Tipping Code of Conduct. 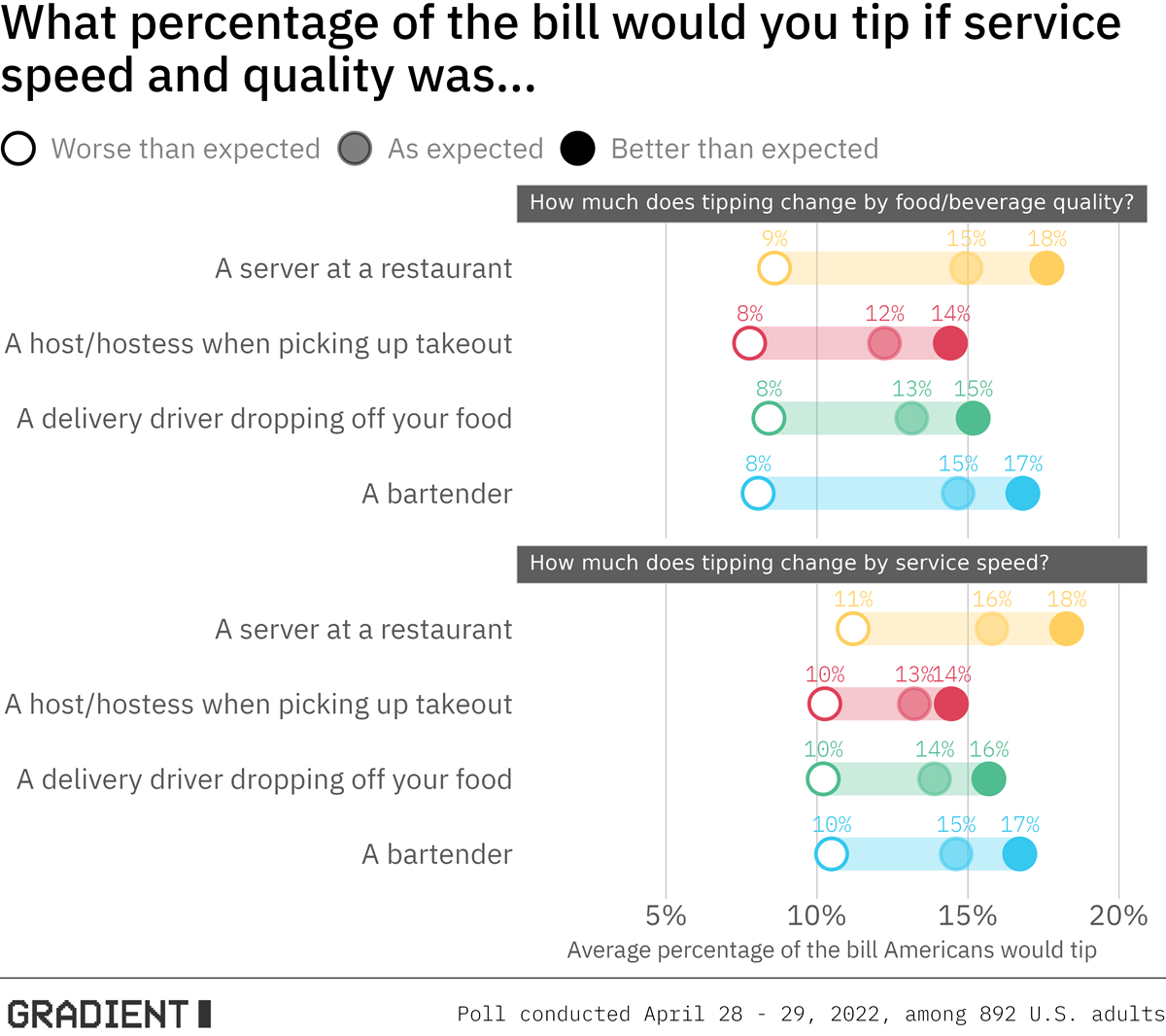 Altruism has its limits: No service sector employee should expect a tip above 18% on average, even if the service is bullet-train fast and the food/beverage quality would make you IG famous. To all the service sector workers out there, keep up the hustle, but you still probably won’t get more than an 18% tip even after asking us how our first couple of bites are going.