You Wanna Pizza Me? 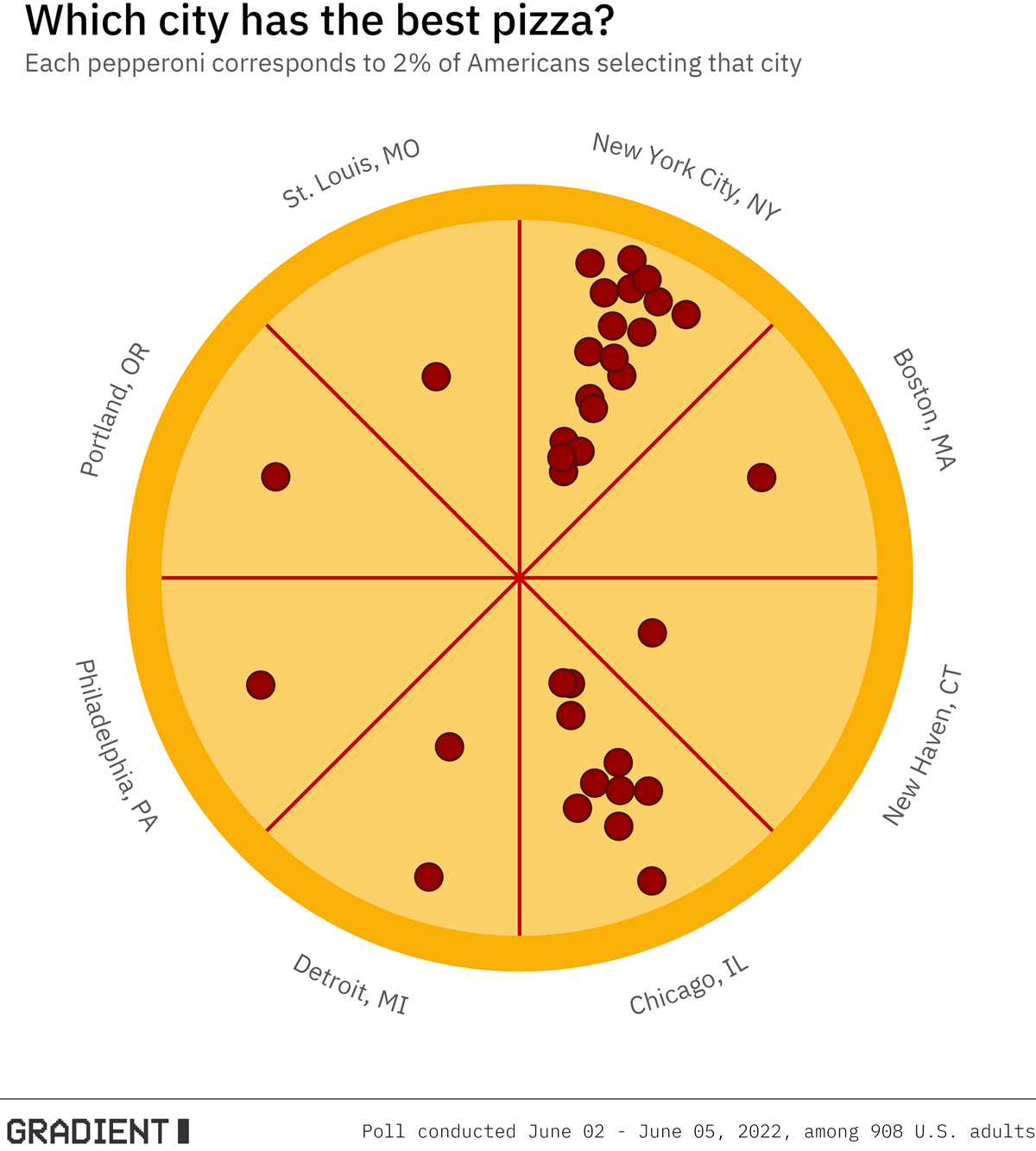 For some, pizza debates can get more heated than a coal-fired oven on Wooster Street in New Haven: Thin crust or deep dish? Chicago-style or New York-style? Pineapple or literally any sane topping? Don’t worry, we’re serving up this slice of data with a little extra cheese (with apologies to the one in five of you with a dairy intolerance).

On the toppings topic, Americans are playing more hits than Bon Jovi: Pepperoni (37%) is most often crowned the favorite, followed by sausage (14%), mushrooms (10%), bacon (7%), and plain cheese (7%). In retrospect, the fact that goat cheese is 0% of Americans’ favorite topping may explain why we made so many kids angry during little Tyler’s birthday party last week.

A little more divisive is the question of which city produces the best pizza.

The Big Apple (36%) outpaces Chicago (20%) and Detroit (4%) as the city with the best pizza. Congrats, New York, maybe someone will finally write a song about how great you are. Perhaps Chi-town would have fared better if it were possible to eat more than one slice of Lou Malnati’s without slipping into a cheese-induced coma.

One thing we can agree on is that pizza is great. Virtually everyone (98%) eats pizza, and 76% eat it at least once a month. But if we’ve learned anything from the past several years, it’s only a matter of time until support for pizza becomes split along partisan (artisan?) lines.