You’re Not Stupid, but it Is the Economy 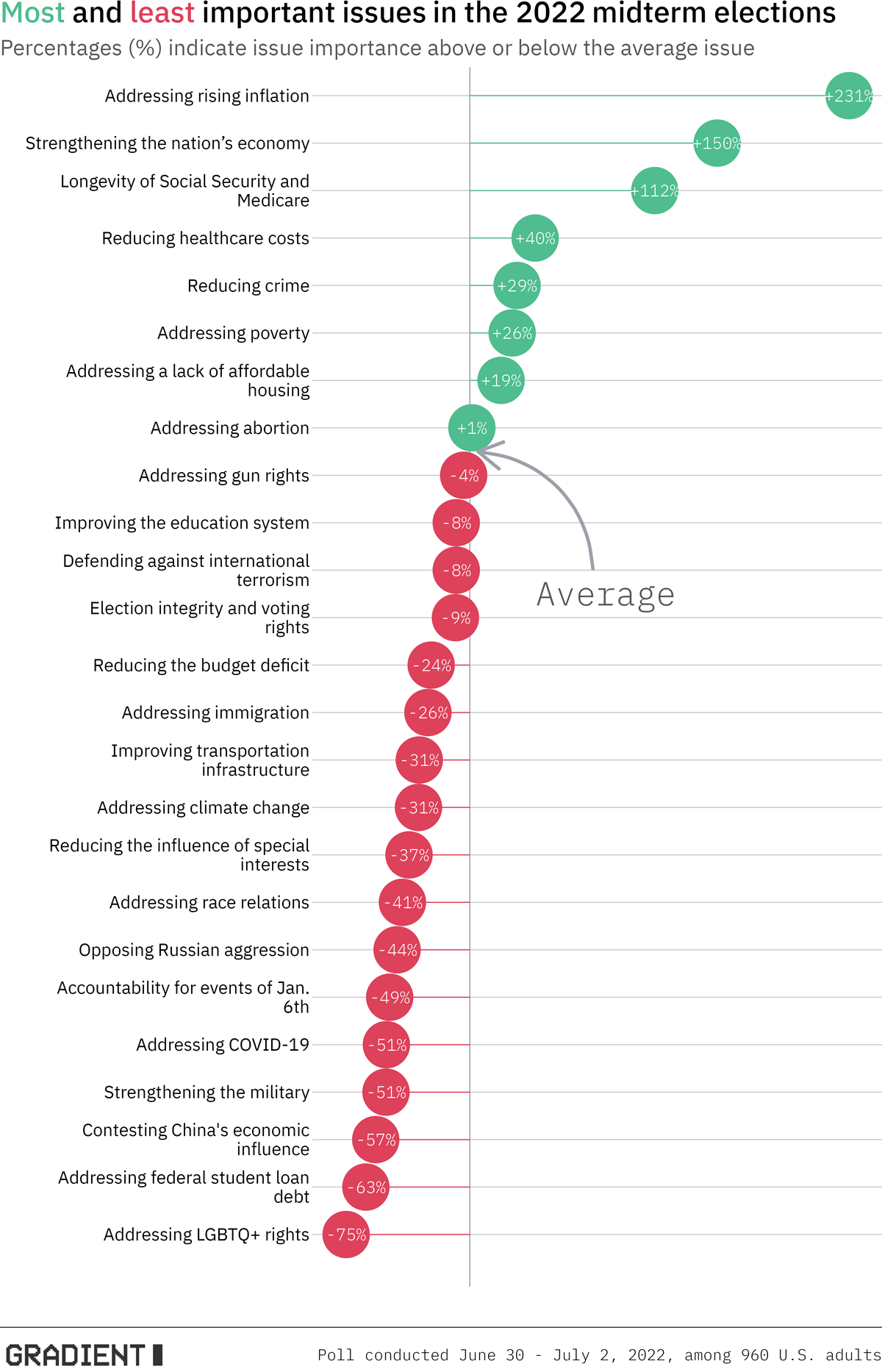 Despite the pervasive feeling that America is in and out of hospice, the 2022 midterm elections are just four excruciatingly long short months away. The airwaves will soon be flooded with ads featuring politicians having a totally normal time with their human families, while most American families are anxious about paying for totally normal things.

From the economy to abortion rights and gun control, political Punxatawney Phils are predicting which issues will cast a shadow that dooms one party to a long winter in the minority.

Rather than asking voters directly which issues they care about, we use a clever method known as a MaxDiff that uses a statistical model to rank the issues that are actually important to voters. Much like our attitude toward politicians and groundhogs, we don’t trust what Americans say at face value.

Addressing rising inflation is, by far, the most important issue. In fact, even in the immediate aftermath of the Supreme Court decision overturning Roe v. Wade, inflation is 230% more important to Americans than abortion in deciding which candidate to vote for in November. And straight from the Political Issues Greatest Hits cassette, “Strengthening the Economy” and “Ensuring the Longevity of Social Security and Medicare” are being played on repeat this election. But voters are unlikely to be nodding along to “Addressing LGBTQ+ Rights” and “Federal Student Loan Debt” in the car on the way to the voting booth (do Teslas even have cassette players?).

To paraphrase James Carville: You’re not stupid, but it is the economy.