A Partridge and a Fake Tree 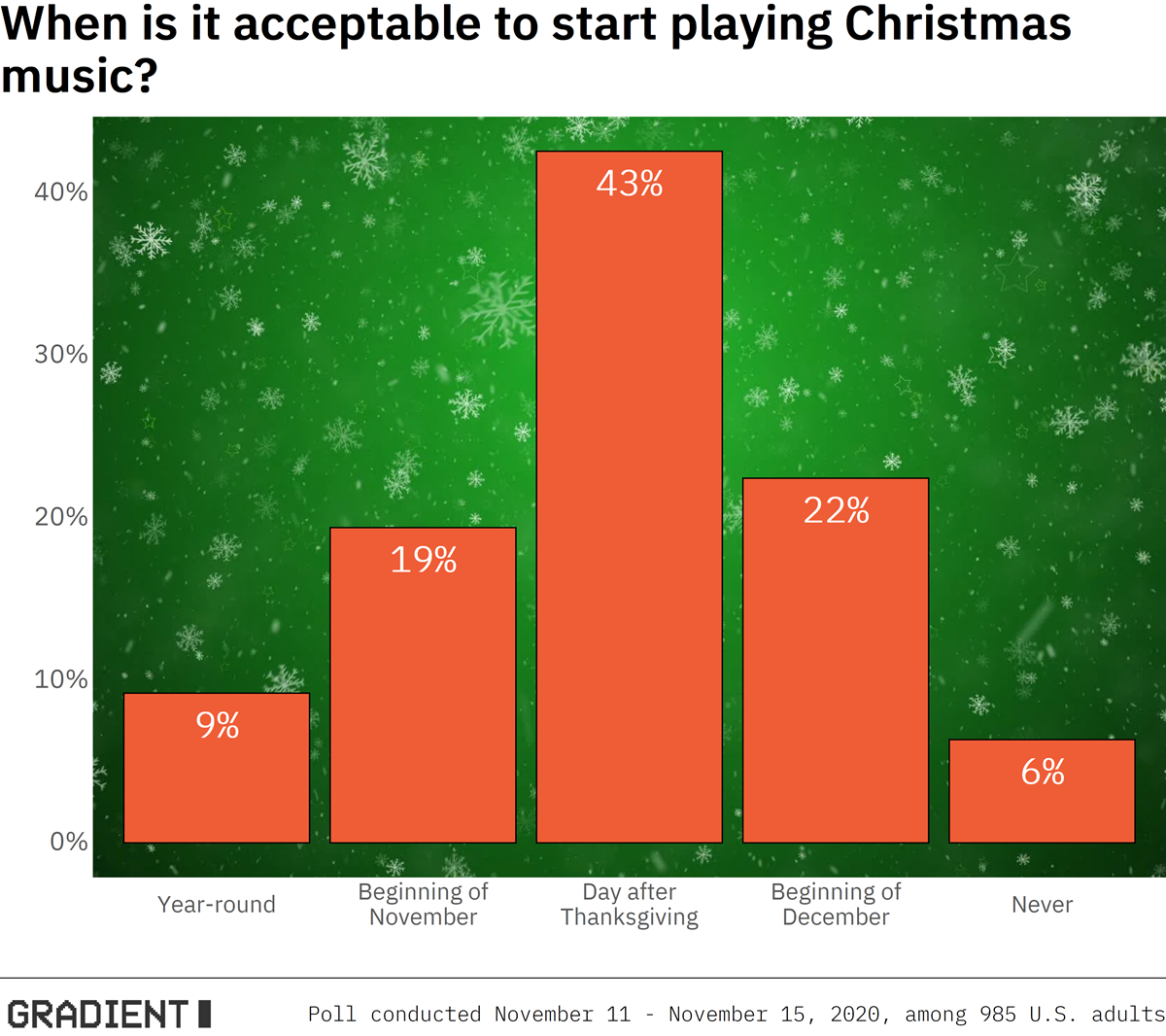 Ho ho ho...ld on a second. It may be the holiday season, but 60% of Americans believe that Christmas decorations should not be put up until at least one plate of turkey leftovers have been consumed. And even if no catchy Thanksgiving tunes exist, roughly 2 in 3 of Americans do not want to hear Christmas music on the radio until after turkey day.

Not to mention the 6% of Americans (read: Grinches) who never want to hear Christmas music. I hope they like the audio equivalent of coal. Contrast that against the 9% of sociopaths who demand Jingle Bells in July. It is not fun to ride in a one horse open sleigh in 100% humidity.

To tree, or not to tree? That is the existential question of Christmas. For 60% of Americans the answer is to tree. And with Americans already well acquainted with fake news this year, it is fitting that 74% of Americans are opting for a fake tree. Now let’s all hope the gifts aren’t fake too!