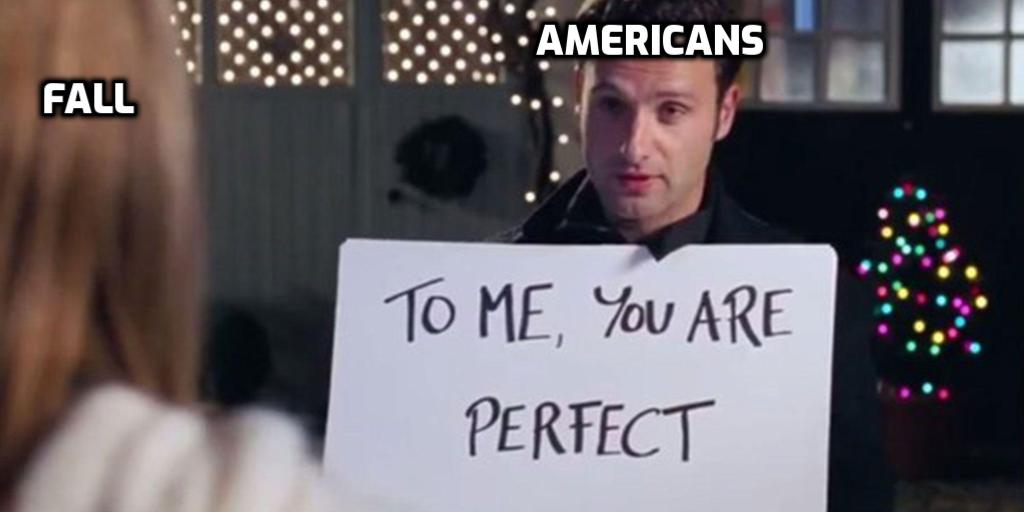 Romeo and Juliet, Bennifer, Kiera Knightley and that guy from the Walking Dead, Americans and the season of fall. These are the classic love stories of our time.

With the imminent arrival of flannels, football, fair food, and an army of small children dressed as Elsa threatening us into giving them chocolate, we got to wondering: does it get any better? In short, a plurality of Americans don’t think so: 42% said that fall is their favorite season. We are shocked to report that spring is the second-most popular season, favored by 24%. We guess some weirdos just love themselves some pollen? Summer and winter pull up the rear with 18% and 16%, respectively.

Don’t worry, we went the extra mile and asked people why they chose their favorite season: 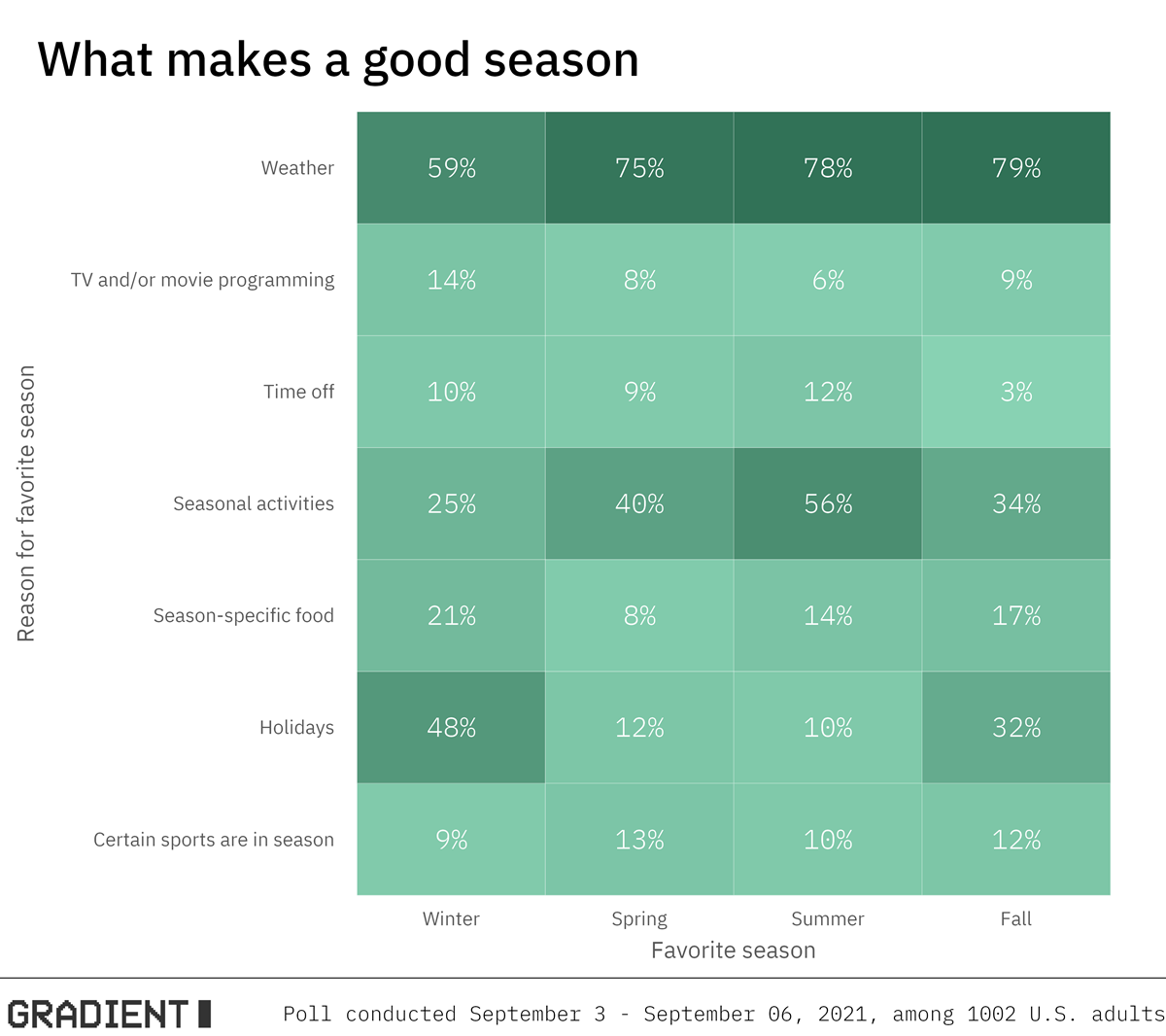 In all, 75% of Americans selected weather as their top reason for choosing their favorite season. Compared to the other seasons, winter is loved more for its holiday season and less for its weather.

Brands are clearly aware of Americans’ fondness for fall, which is eating into summer faster than you can devour a burger with donuts for buns at your local fair. Starbucks began selling pumpkin products on August 24th, while Dunkin’ had already jumped the gun-kin for the pumpkin by August 18th.

We asked Americans if they are okay with this pumpkin-infusion summer intrusion. So there’s no confusion: they are very okay with it. 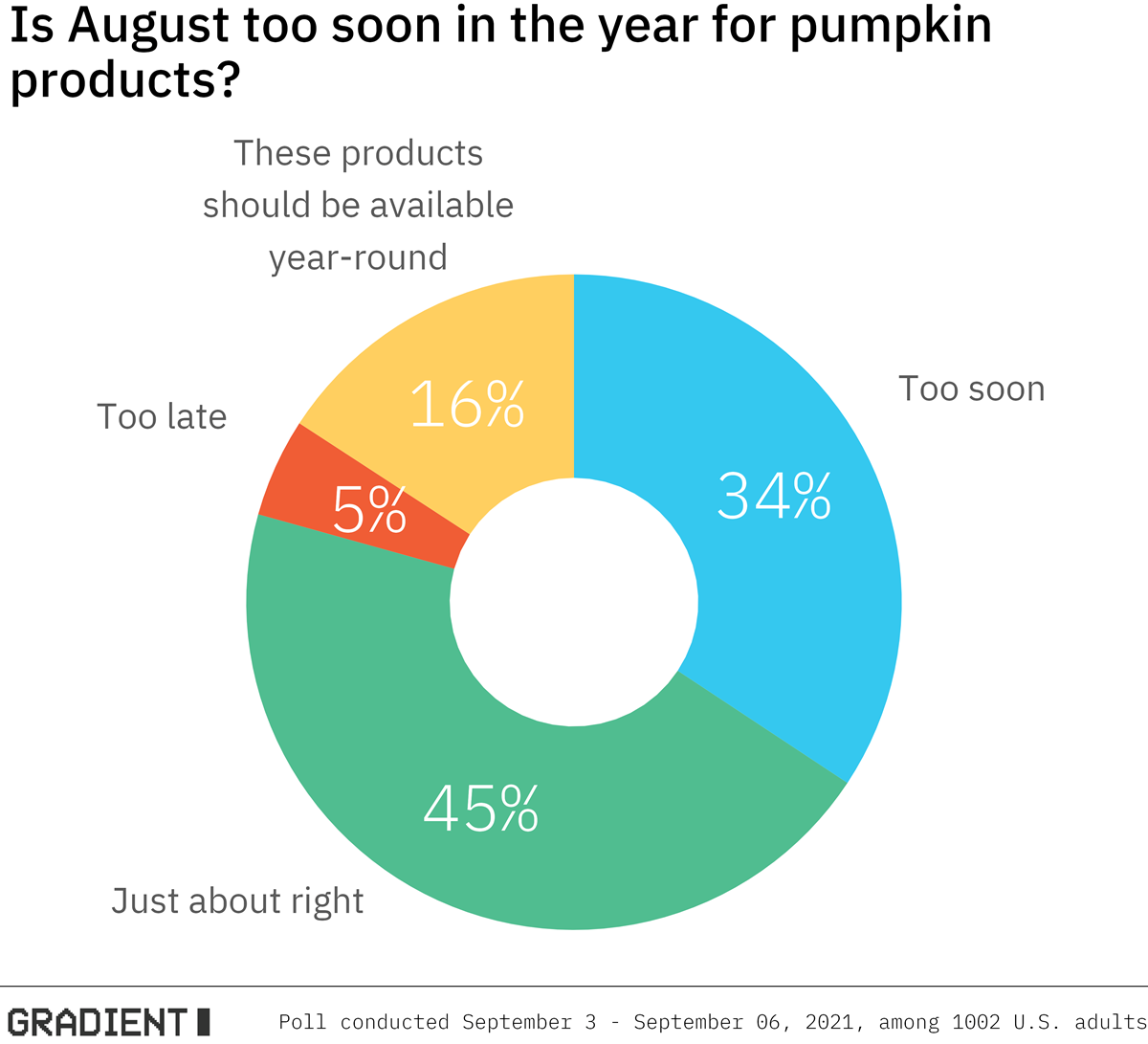 Just 34% think late August is too soon to begin selling pumpkin products. Undoubtedly the most hypocritical group of Americans imaginable, 27% of those who think that pumpkin products are sold too soon also consumed a pumpkin-flavored beverage within the last month.

With so many Americans eager to be pumped full of pumpkin, the dog pumpkin spice days of summer are likely here to stay.