Halloween Party or Just You and a Smartie? 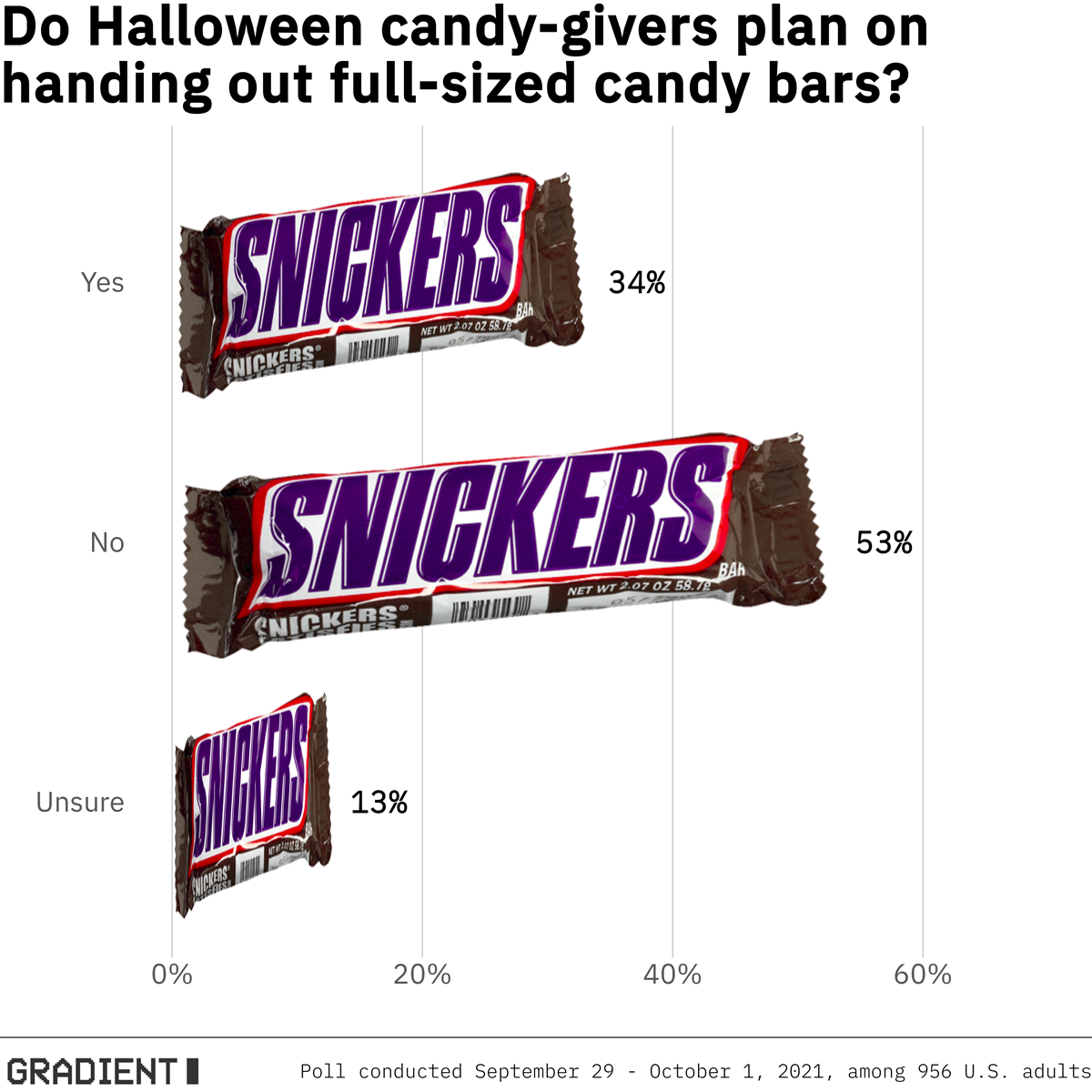 Late October fun isn’t just for the kiddos. It’s also for cosplayers, candy enthusiasts, horror movie buffs, and people who somehow can continue to take four hours out of every day to watch baseball. What are Americans getting up to this spooky season? Spoiler alert: for older folks, it’s not much. Spoil-your-dinner alert: for younger folks, it’s eating a ton of candy. 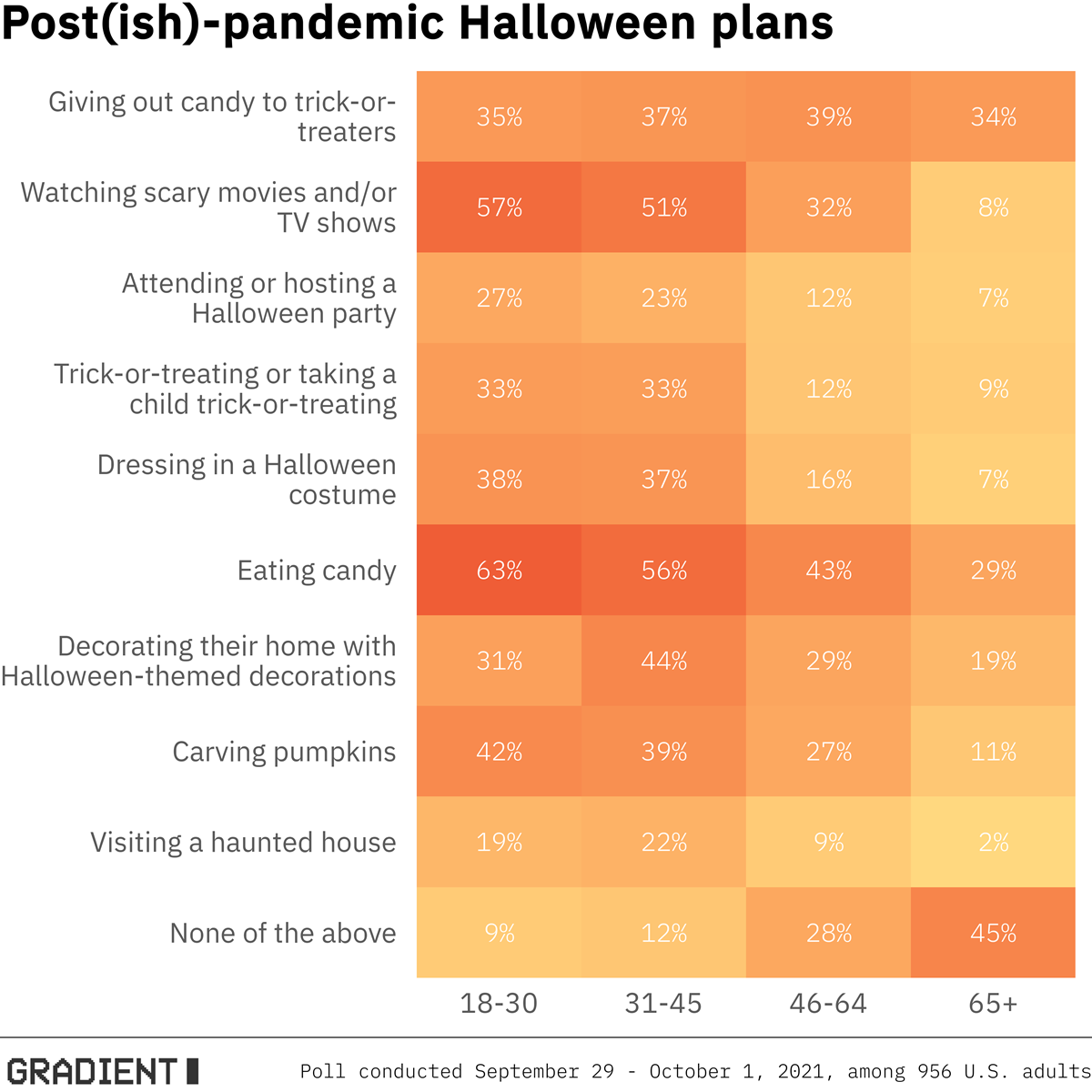 One quarter of adults will be dressing in a Halloween costume this year. Of those, 19% are wearing a costume modeled after a character from a TV show or movie, 18% are going the scary route, and an insufferable 11% are part of a couples costume. Yeah yeah, the salt and pepper shakers are very cute, guys. Indulging in the scarier activities —  watching scary movies, visiting haunted houses — doesn’t appeal to older Americans, who have apparently gotten their fill of fearmongering from 24-hour cable news.

The most popular Halloween activity? Eating candy. Forty-nine percent of adults plan on eating candy on or around Halloween, including 63% under 30. Look, adulting is hard, okay? If past analysis (and common sense) are any indication, Americans will likely be filling up on Reese’s and Snickers. At this point, it would be reasonable to assume that Halloween is nothing more than a conspiracy perpetrated by Big Candy.

Speaking of big candy...36% of Americans will be handing out candy to trick-or-treaters on the 31st. But the real question is, how difficult will it be for sweet-toothed miscreants to track down some full-sized candy bars?

Among those who are handing out candy this year, 34% say they’ll be giving out full-sized candy bars. For their addresses and step-by-step directions to their home, you’ll need to upgrade to Trendlines Premium. (That was a trick, BTW).