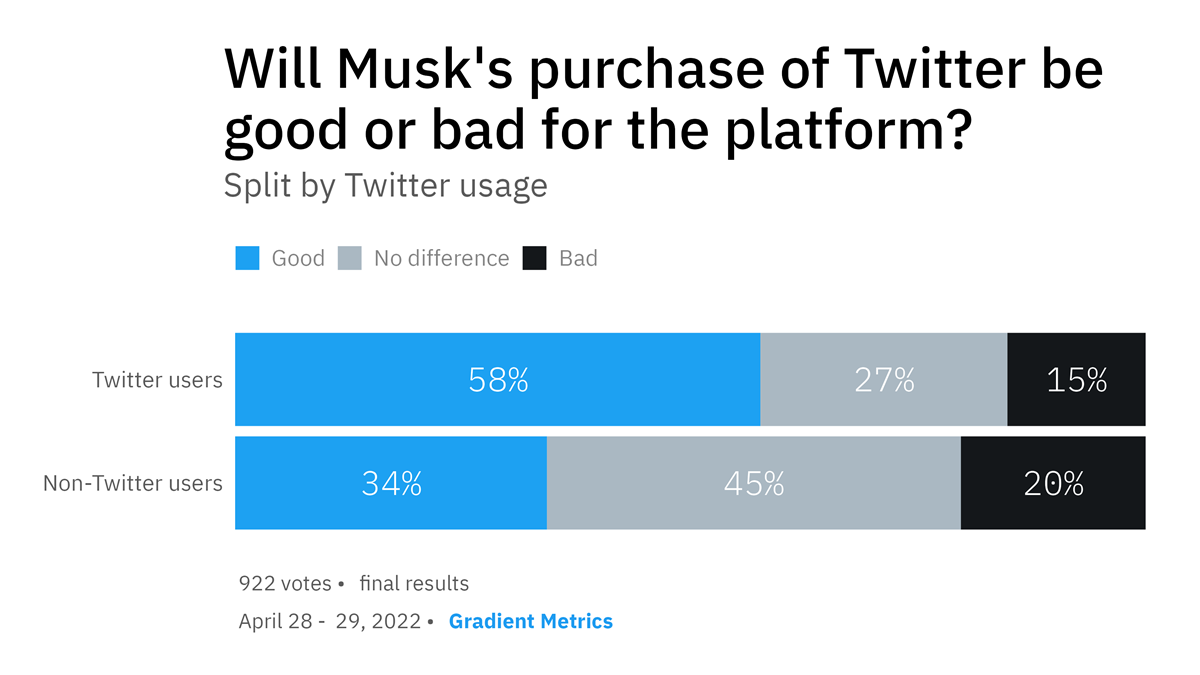 Unless you live in a MySpace bubble, you’ve likely heard that Elon Musk has reached an agreement with Twitter to purchase the social media platform for $44 billion. Musk believes the platform has been too aggressive in removing content and that Twitter is akin to a “digital town square” where “free speech” should reign. This is great news for Uncle Jerry, who immediately starts shouting about how the Star Wars prequels are cinematic masterpieces any time we take him to the town square. Not sure if it’s the Sith or a fifth of Vodka in him.

What do Americans think of Twitter’s impending Musk Makeover?

A plurality of Americans (45%) and a majority of Twitter users (58%) think Musk’s purchase will ultimately be a good thing for the platform. Non-users are more likely to think the change won’t make a difference, just like Darth Maul’s prequel story arc.

Americans are on board with some of Musk’s Twittervision: 85% would eliminate bots and 78% support adding an edit button for sent tweets. Folks are less likely to retweet some of his other specific ideas for changes: 36% agree with allowing most misinformation to remain on the platform, 43% support paying a small monthly fee in order to eliminate ads, and 49% are cool with reinstating Donald Trump.

Apropos of nothing, Mr. Musk, Trendlines is just like Twitter in that it doesn’t tolerate misinformation and has no plans to offer an edit button to subscribers (sorry y’all). So we’ll see you at the negotiating table.