Vampires Could Be Morning People Now 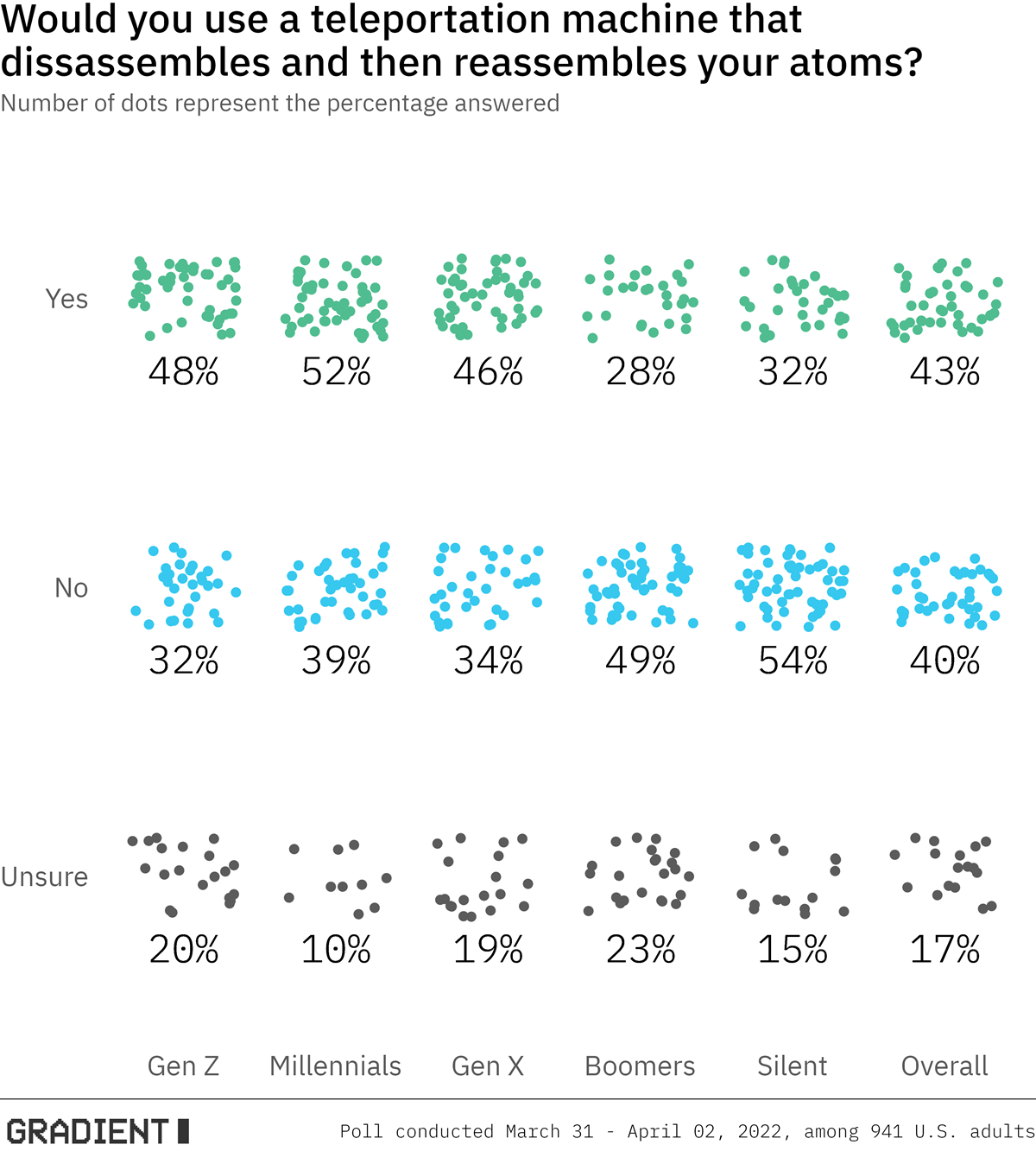 In late March the Senate passed the Sunshine Protection Act, which proposes permanent daylight saving time (DST) starting in 2023. Couched as an economic incentive (more sunshine = more time to spend cash), the bill has yet to become law. Only in this boring dystopia can capitalism turn legislators into gods who control the sun. On the bright side, this is a rare bipartisan win for Ra and Helios.

Legislators aren’t the only ones who agree on the issue, as nearly two in three Americans (64%) prefer permanent daylight saving time to standard time, meaning they’d rather be involved in a high beam-caused car accident on their way to work instead of on the way home. So much for “early to rise….”

Regardless of preference for daylight or screen light, a whopping 74% of people dream of a day when they’ll never be expected to remember how to change their coffee maker clock. The concept’s popularity is highest among retirees, with 84% supporting legislation to that effect. Conversely, those who are unemployed or temporarily laid off show the most ambivalence about the bill, with 32% undecided. Perhaps rising early to fill out those job applications is more motivating than a full time job? 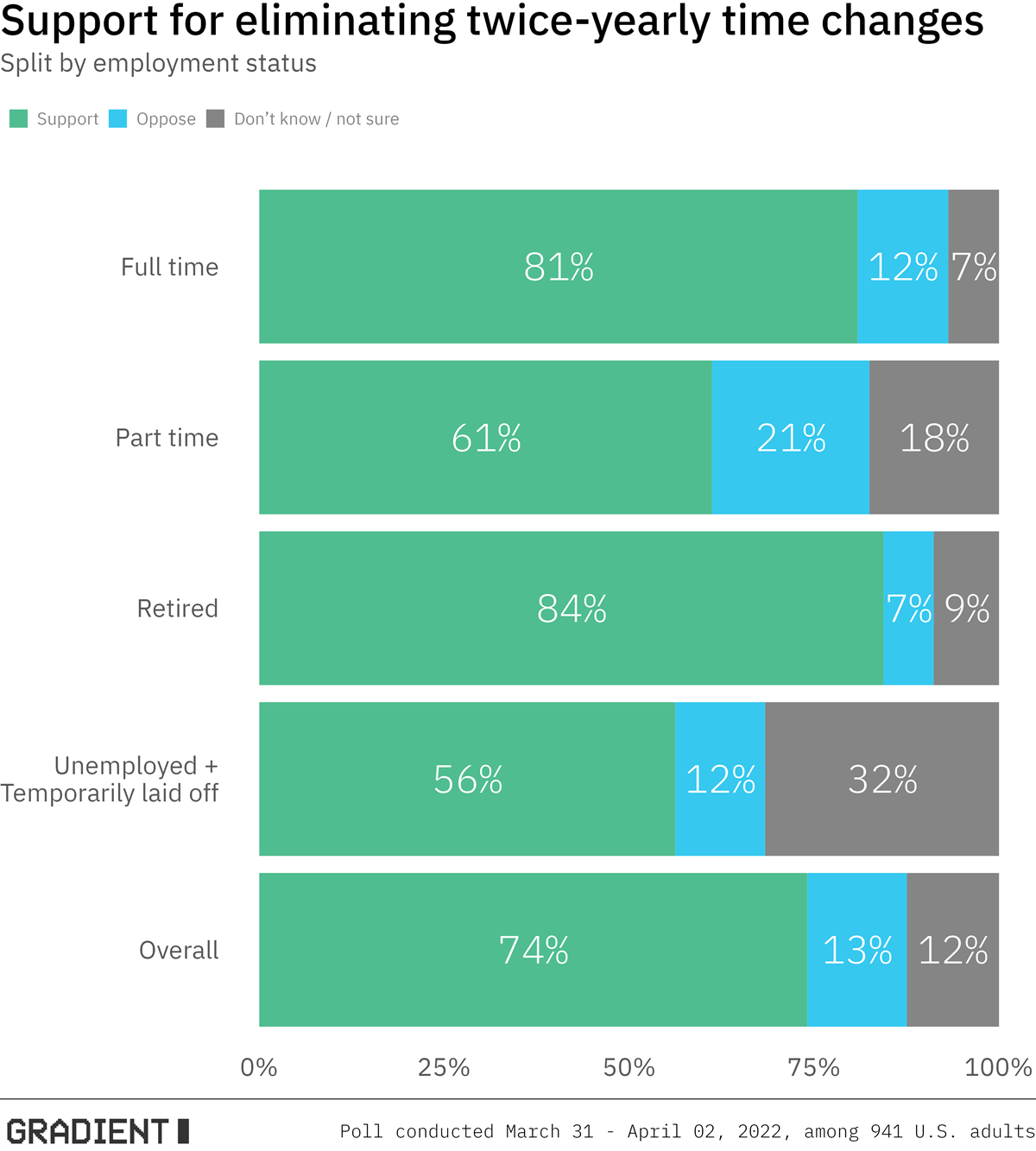 Congressional sun gods aside, there are many reasons why regular people support a permanent move to daylight saving time, including 69% who plain ol' just prefer more sunlight in the evening (ergo, less time for vampires to wreak havoc). Others prioritize saving money on energy bills (37%). Less critical to consumers is the proposed economic incentive for the bill, with only 11% choosing to spend that extra daylight, well, spending. Guess the gods can’t be right about everything. 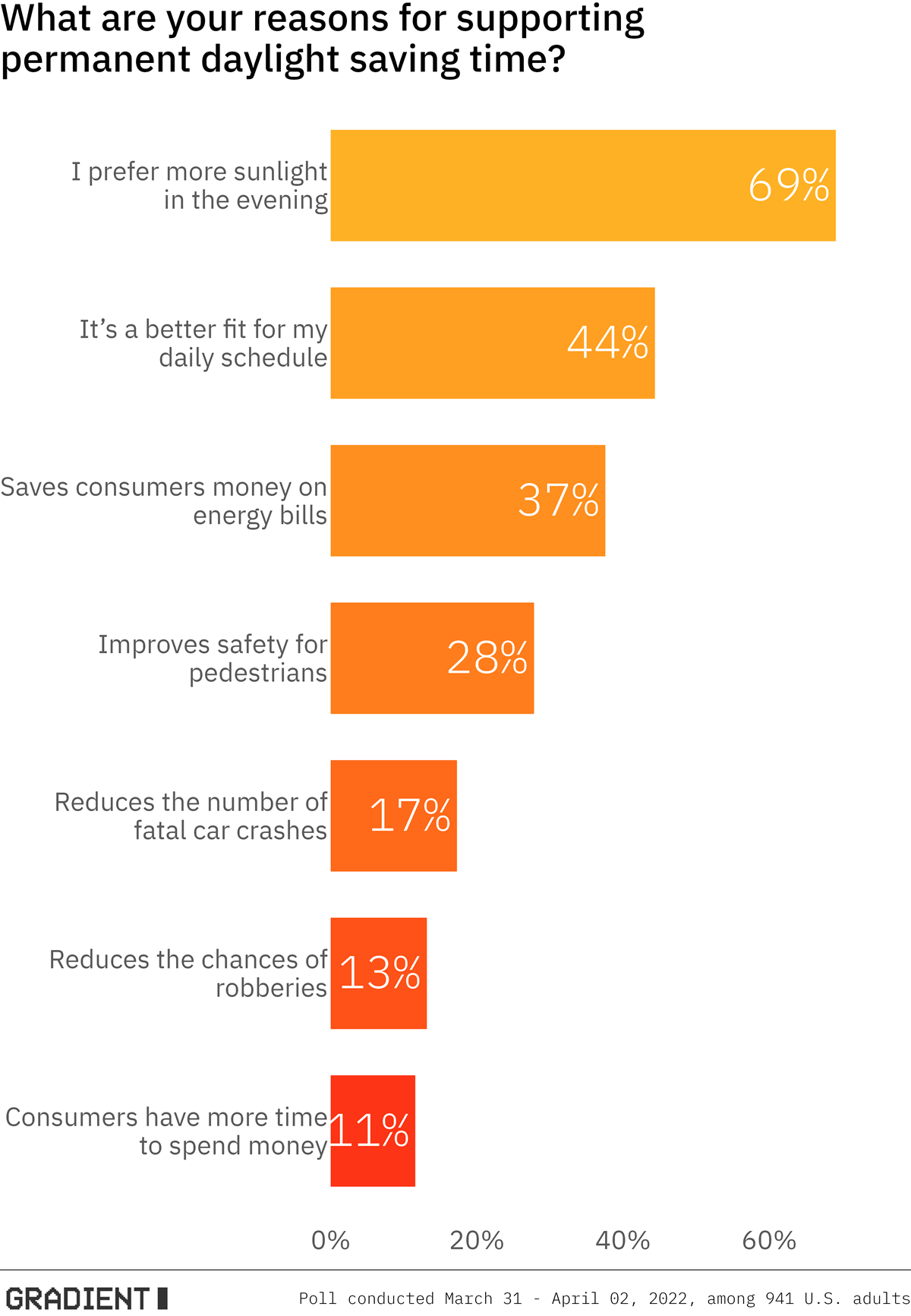